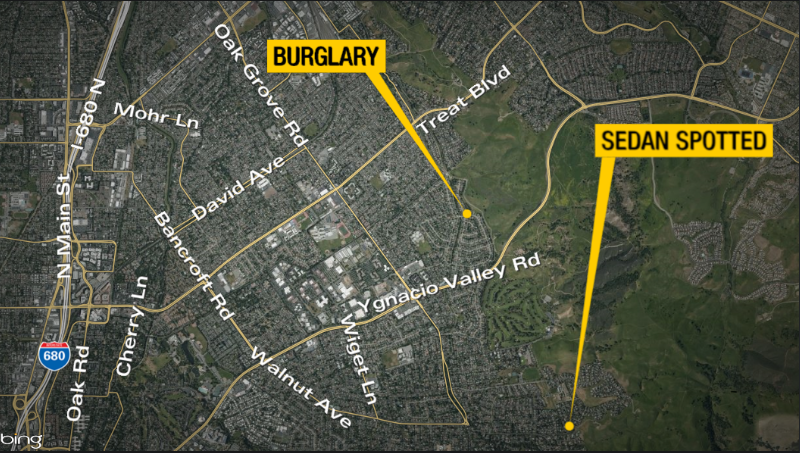 Two burglaries and one attempted burglary happened between 9 p.m. and 9:30 p.m. WCPD says the suspects, who are still at large, target homes during hours when it’s dark out and when residents might be out of their home.

At around 9:09 p.m., police responded to an incident on the 600 block of Rock Oak Road for an audible burglary alarm, according to police. Officers then found a rear sliding glass door smashed and determined at least one person entered the home.

A witness saw a black Mercedes sedan parked near that residence with three people associated with the vehicle in the area, WCPD said.

At around 9:30 p.m., a resident arrived at their home on Windchime Court (approximately two miles away from Rock Oak Road) and called police to report a small black sedan in the middle of the street. Police said the resident saw three subjects in dark clothing running away from a nearby home.

That black sedan drove away from the scene with its lights off, police said. However, WCPD did not confirm if that was the same black Mercedes sedan.

Police believe firearms may have been stolen in one of the burglaries.

WCPD says if anybody has information related to these incidents, contact Detective Sergeant Joe Njoroge at 925-256-3573.