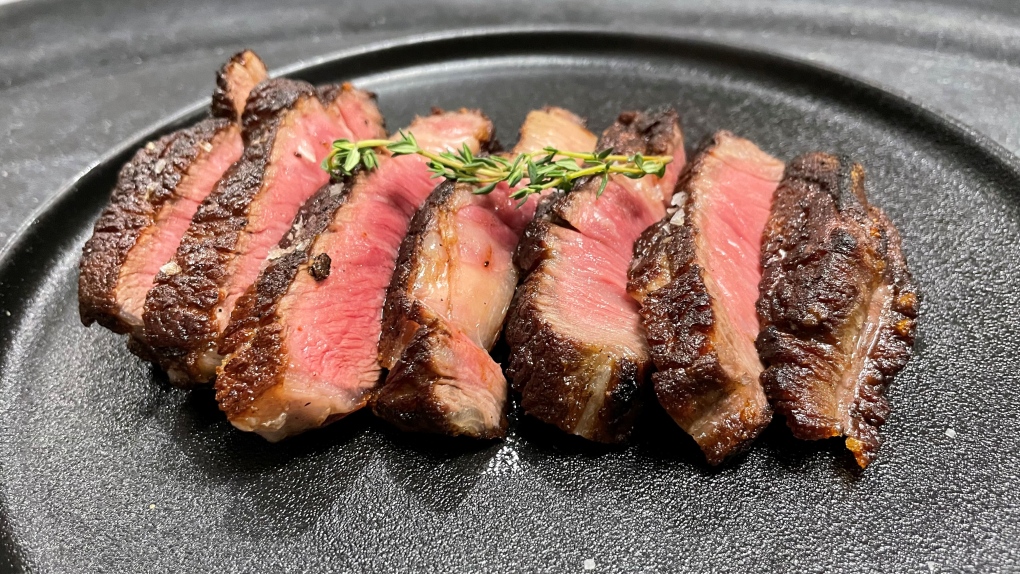 An eastern Ontario beef and dairy farmer says there is an appetite for Wagyu beef and he’s raising a certain breed of cows, which have origins in Japan.

When Velthuis first saw Waygu on the menu at a Toronto restaurant, he says, “It was $460 for an eight-ounce steak with sides, and I kind of commented, ‘By jeez-if I gotta buy it, I should grow it.’”

And he is, along with his family, adding Wagyu cattle to an existing operation.

“We’re initially a dairy farm, and this is a bit of a side-line for us,” he says.

The 2,000-acre farm, located in Osgoode, in Ottawa’s rural south is home to many dairy cows, but the 60 Wagyu cattle can all be traced back to Japan, according to Velthuis.

“Within Canada, you only have a handful of breeders that do full bloods,” he says.

“We got in it, realizing it’s a very niche market because of the very high price point.”

Velthuis says his farm sells 10-lb or 15-lb gift boxes directly to customers for between $250 and $350, depending on the cuts.

“It definitely is a talking point; so, anytime you’re trying to make an impression, go to Wagyu,” says his son, Brenden Velthuis.

Wagyu beef, a national treasure of Japan, is known for its marbled texture, which comes at a price. At Harmon’s, Gravelle says a 12-ounce ribeye costs $225, but it’s a dish that is usually shared.

A 12 oz. Wagyu beef ribeye steak at Harmon’s Steakhouse on Elgin Street in Ottawa. The beef was raised by Velthuis Farms.

“On any given occasion, youcan have your regular dry-aged or USDA Prime or Canadian Prime and a little piece of Wagyu that you can slice up and all have a taste,” says Gravelle.

Gravelle says it’s not something that’s generally raised locally. “Typically we’re looking at the US, Australia, or even Japan,” he says, but Harmon’s menu includes Wagyu grown in Ottawa.

“Most people buy it for the flavour, and it’s very popular for special occasions,” says Joel Orlick of The Wellington Butchery. The Wagyu they sell is imported from Alberta, Australia, and Japan.

“Depends on where the cut is, the Canadian cost is maybe double, and then, you have the Australian at about two-and-a-half times, and then you have the Japanese at about four to four-and-half times the regular Canadian triple-A beef,” he says.

“It has a dedicated following.”

And a taste that Velthuis enjoys sharing, “it’s a fan favourite around here.”

Sir Lucian Grainge on streaming growth, catalog deals and the balance of power between labels vs. DSPs