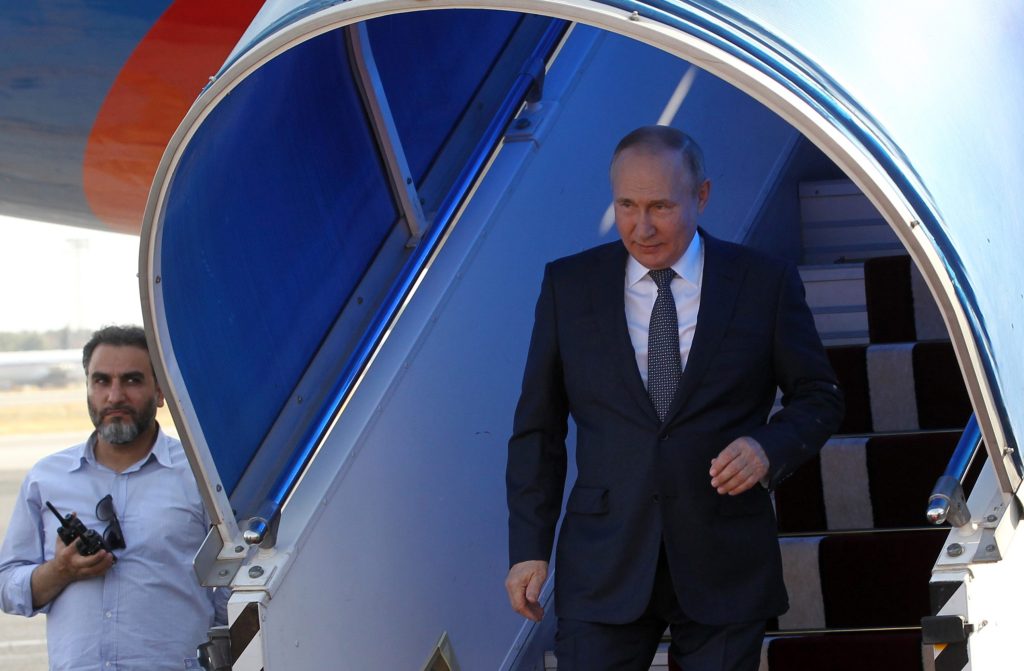 Someone may have been Putin on an act.

Russian leader Vladimir Putin may have been replaced by a lookalike body double during a trip to Iran this week, a top Ukrainian intelligence official said.

The Russian president, who has long been rumored to be ailing with an illness and possibly cancer, appeared more alert and mobile than usual during his visit to Iran to meet with Ayatollah Ali Khamenei, Ukrainian sources told The Sun.

Maj. Gen. Kyrylo O. Budanov told Ukrainian outlet 1+1 that Putin’s lively appearance during the visit was uncharacteristic, and suggested that the man seen in the footage wasn’t Putin.

“I will only hint,” Budanov said, according to the translation.

“Please look at the moment of Putin’s exit from the plane. Is it Putin at all?”

Putin’s visit to Iran was his first international trip since the start of the invasion of Ukraine on Feb. 24.

US intelligence indicated the discussion was over a deal for Iran to sell Russia “several hundred” drones — including some capable of weapons strikes — for use in the war against Ukraine.

In May, an anti-Putin Telegram channel “General SVR” — which is purportedly run by a former Russian Foreign Intelligence Service lieutenant — claimed that body doubles had been put on alert to replace Putin if necessary as he underwent surgery.

The mysterious Telegram account also claimed that pre-recorded footage will be released of Putin attending meetings and signing laws to make it seem like he is still working.

Putin said two years ago he was offered the opportunity to employ a body double in the early 2000s to carry out his duties for security purposes, but ultimately decided against it.

On Thursday, CIA director William Burns remarked that Putin looked “entirely too healthy,” contradicting previous US intelligence that said the Russian leader’s health was in decline and he was fighting cancer.

An estimated 15,000 Russian soldiers have been killed in the conflict so far, according to the latest CIA estimates.