Vitamin B12 deficiency: A difficulty in walking could indicate your levels are too low 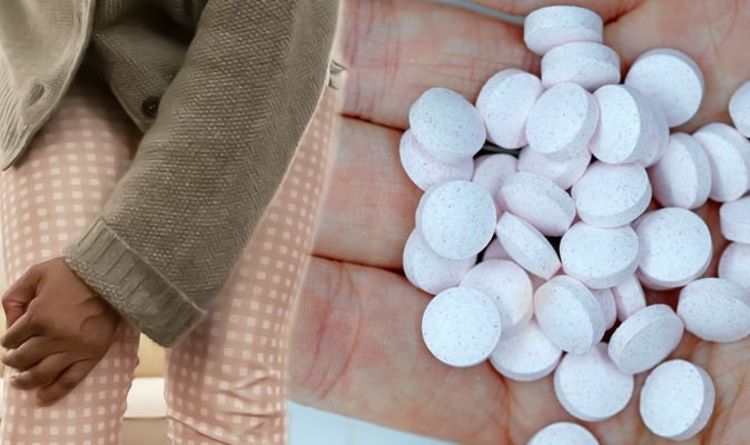 Vitamin B12 is credited for many important functions in the body and chief among them is supporting proper red blood cell formation, neurological function, and DNA synthesis. Lacking the vitamin therefore causes the body to undergo a number of unsettling changes. Some of the most serious signs of B12 deficiency include a difficulty walking.

Vitamin B12 deficiency symptoms can cause damage to the nervous system which affects the way a person’s legs move and the way they walk.

Lacking in the vitamin can therefore impede a person’s overall balance and could even make them prone to falling.

Harvard health added: “Vitamin B12 deficiency can be slow to develop, causing symptoms to appear gradually and intensify over time.

“Vitamin B12 deficiency symptoms may include strange sensations, numbness or tingling in the hands, feet or legs, a swollen, inflamed tongue, difficulty thinking and reasoning, weakness, fatigue anaemia or difficulty walking including staggering and balance problems.”

While problems with how you walk is considered a symptom of more severe vitamin B12 deficiency, Bupa listed some of the other initial signs:

There are two primary causes of B12 deficiency – pernicious anaemia and strictly following certain diets.

Pernicious anaemia is an autoimmune disease that prevents the body from making intrinsic factor – a protein made by the stomach and needed to absorb vitamin B12 in the intestine.

According to the NHS, pernicious anaemia is the leading cause of B12 deficiency in the UK.

Adhering strictly to a vegan or vegetarian diet can also raise your risk of becoming deficient in B12.

How should I respond?

You should see a GP if you’re experiencing symptoms of vitamin B12 deficiency, advised the NHS.

“These conditions can often be diagnosed based on your symptoms and the results of a blood test,” explained the health body.

It’s also important for vitamin B12 to be diagnosed and treated as soon as possible.

As the NHS explained, although many of the symptoms improve with treatment, some problems caused by the condition can be irreversible if left untreated.

“The longer the condition goes untreated, the higher the chance of permanent damage,” it warned.