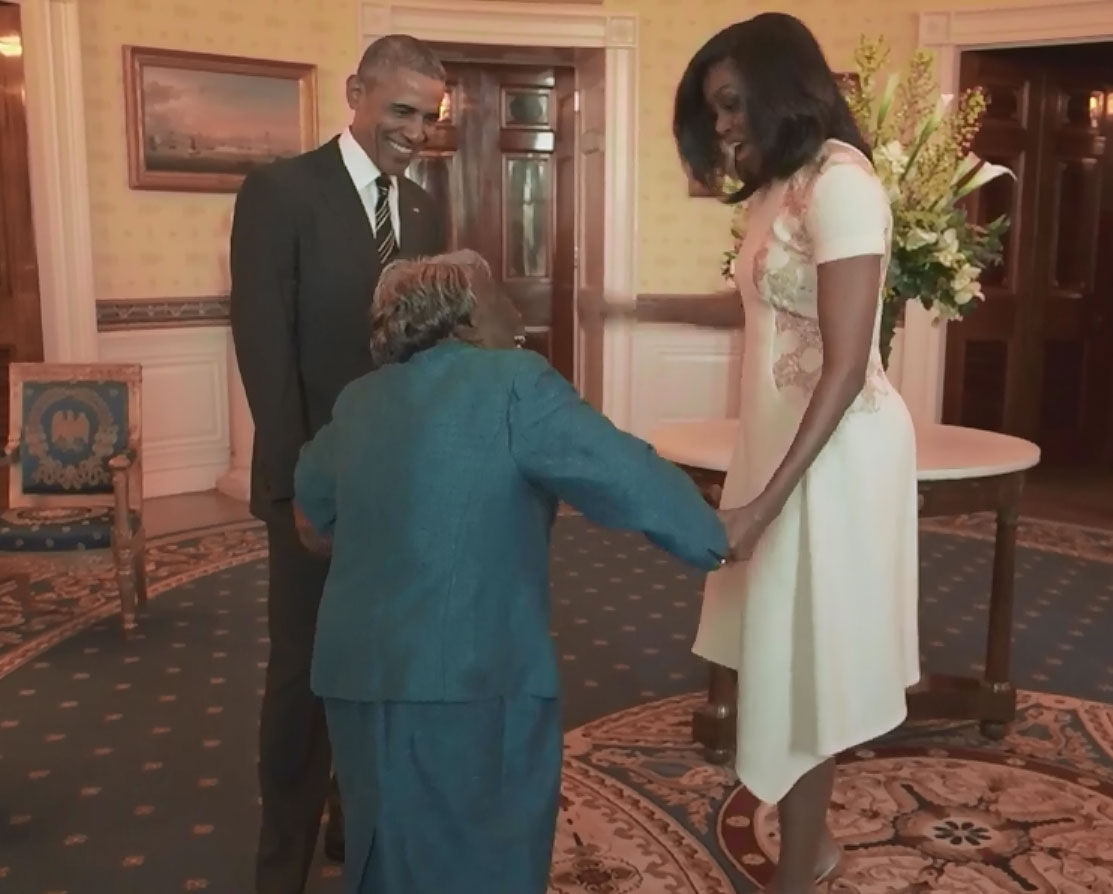 Virginia McLaurin, one of D.C.’s most famous citizens, who exuberantly danced with the Obamas at age 109, died Monday, according to a statement from her family.

Virginia McLaurin, one of D.C.’s most famous citizens, who exuberantly danced with the Obamas at age 106, died Monday, according to a statement from her family.

McLaurin gained international fame when she visited the White House in 2016 for a Black History Month reception and spontaneously broke into dance when she met briefly with President Barack Obama and first lady Michelle Obama. Video of the heartwarming encounter went viral.

The statement from her family posted on Facebook said McLaurin had been under hospice care for a few days and died at home Monday morning.

“She lived an incredibly full life and appreciated all the love she received from people,” the statement said.

After McLaurin’s White House visit, she became a D.C. celebrity. She was honored with a resolution by the D.C. Council in 2016 for her decades of community service — her family said she regularly volunteered 40 hours a week at area schools — and also spent some time on the court with the Harlem Globetrotters in 2018.

During the pandemic, her busy calendar had slowed, but her family regularly posted updates on Facebook.

McLaurin’s family is raising money on GoFundMe to help with a memorial service.

McLaurin was born in South Carolina in 1909, and came to D.C. as part of the Great Migration, which saw millions of African Americans move north during the early part of the 20th century. She came to the attention of the White House after she began posting oral history videos sharing her memories, according to the GoFundMe page.

“In addition to providing support here, we encourage you to look out for the other Ms. McLaurins in your neighborhood,” the page stated. “There are elders in every community who give back to the community and could use some support. They also have stories to tell.”

World will take another 15 years to add next billion