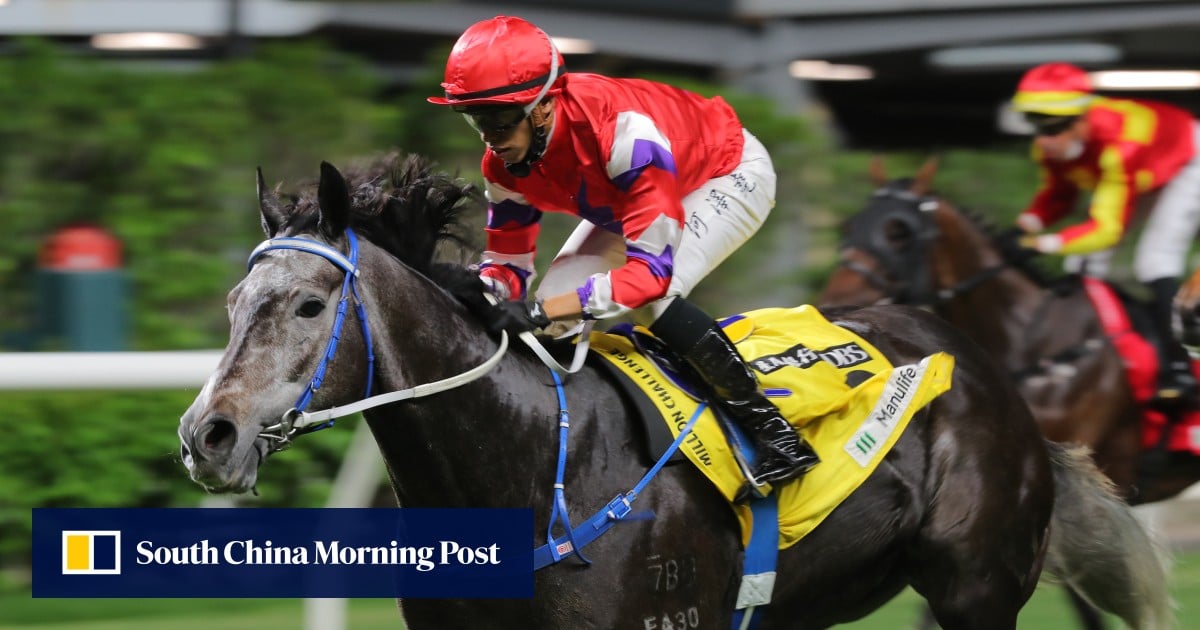 Vincent Ho Chak-yiu is off to his best-ever start to a season, but the three-time Tony Cruz Award recipient says he must ride for more trainers if he is to realise his dream of becoming the first Hong Kong-born champion jockey since Cruz 28 years ago.

Green Day hit Wake Me Up When September Ends may have featured on the playlists of several riders over the past 30 days, but not that of Ho, who goes into Saturday’s National Day meeting at Sha Tin near the top of the charts with nine winners.

Ho, whose previous best September occurred when he scored seven successes in the ninth month of 2021, is only two victories behind defending champion Zac Purton in this term’s title race, with third-ranked Karis Teetan four behind the 32-year-old local product and on the sidelines alongside winless four-time top dog Joao Moreira.

The unfortunate circumstances of Teetan, who has not ridden since bagging a hat-trick of victories at Sha Tin two weeks ago, and Moreira, who was zero from 15 this season before opting to undergo therapy rather than surgery on his troublesome left hip, have presented additional opportunities for Ho.

But Golden Sixty’s regular rider thinks that not only will the Mauritian Magician and Magic Man return as good as they were before their setbacks, but also that he will need to broaden his base if he wants to one day emulate Cruz, whose 65 wins in the 1994-1995 campaign secured his sixth and final jockey title.

“Of course, it’s unfortunate about Karis and Joao with their health issues at the moment. I’m sure when they come back they’ll be strong because they’re both such good jockeys,” Ho said.

“Their absences are some of the reasons I’m getting some good rides right now. I’m grateful for the opportunities people are giving me.

“Every jockey wants to be the champion. That’s the ultimate goal for everyone. But for a championship, I’ll need to ride a lot more for different trainers.

“Currently, I’m riding for probably half of the trainers only. You definitely need to ride for everyone if you want to be champion jockey.

Ho reunites with Stronger, the six-year-old chestnut with whom he created a Group One boilover in last season’s Centenary Sprint Cup (1,200m) at $18, in Saturday’s Group Three National Day Cup (1,000m).

“He was really good in the trial in which I rode him. Douglas [Whyte] galloped him on grass the other day and also said he felt really good,” said Ho, who has nine rides for nine different trainers at Sha Tin on Saturday.

Can Cordyceps give Badel something to think about? ‘It’s a good problem to have’

“The weight is an unknown, but he’s a tough boy, so I believe he can handle it and run a good race.”

Prior to partnering Stronger in Saturday’s feature event, Ho will ride a couple of very interesting gallopers, One Voice and Naboo Legend, in the Class Four Chengdu Handicap (1,200m) and the Class Three Shanghai Handicap (1,200m), respectively.

“Before his trial, he felt slightly heavy, but after the trial I believe [trainer Frankie Lor Fu-chuen] will do a good job and get him right up there because it’s better to make them fit with the history he’s got,” said Ho of One Voice, who bled after placing second on his debut.

“I haven’t sat on Naboo Legend yet, but looking at his trial he looks like a nice horse, a nice mover. Hopefully, he can win first up,” added Ho, who is yet to exit a meeting this term without a victory.

Tornadoes reported as storms cause flooding, damage across…