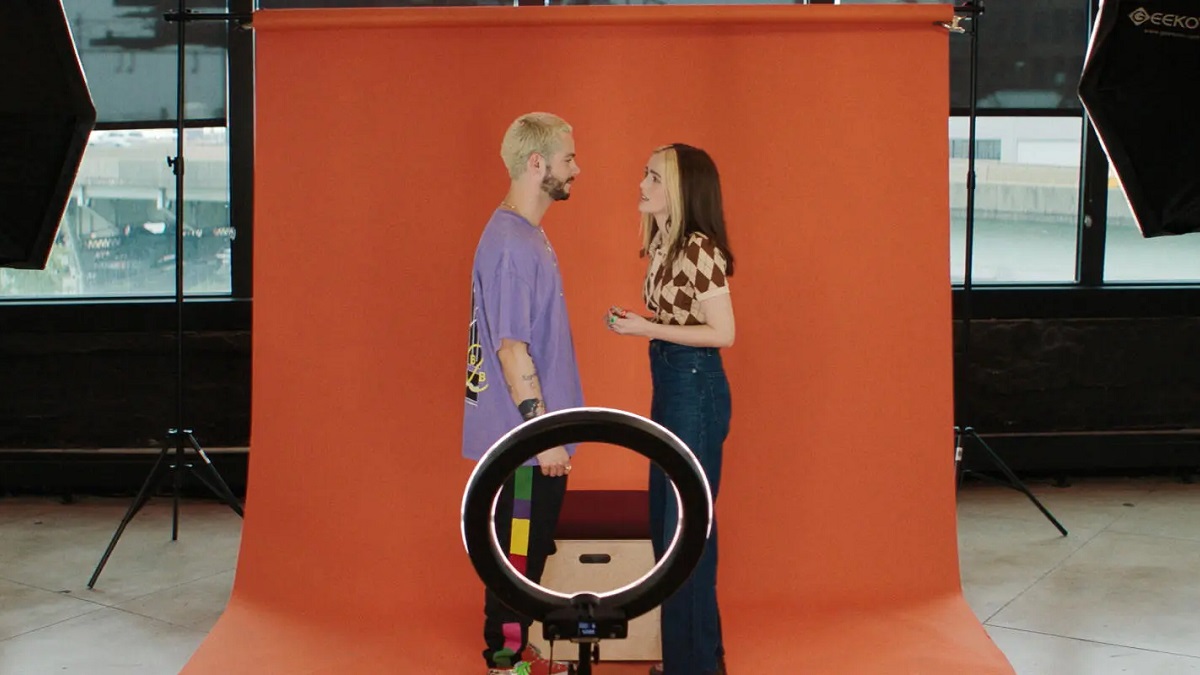 Not Okay is a satirical comedy about the “extremely online” lifestyle, starring Zoey Deutch as a woman whose quest for social media fame leads her into some dark mental and emotional places. The film about the impact of the post-first/think-last mentality seen on Twitter and Instagram opens with a fake “trigger warning,” telling viewers:

Naturally, the point was missed by the very people the film was satirizing, with Twitter users taking the joke at face value and posting to the popular microblogging service to complain, underscoring the point the film was trying to make while making it. All while calling out the film, which was written and directed by Quinn Shepherd, a woman, as sexist against women.

User “Christina Buttons” took a picture of the warning on the screen and rhetorically asked if audiences also need to be warned about unlikeable male protagonists.

“Amy Trueblood” wants to have a conversation with all of society, which might be difficult as she’s going to have to strain to hear over the sound of the joke whooshing over her head:

While this person is so close to getting the joke it hurts:

“Olivia Taylor Smith” has never seen a fake content warning clearly intended as a joke before:

And “Verdant Basilisk” is now on the road to learning about a type of character called an “antihero,” which is a dramatic trope dating back to the birth of the tragic form:

This may not have been the point Shepherd was trying to make with her film, but if there’s one thing this farcical content warning has proven, it’s that the target of a joke will never get it.