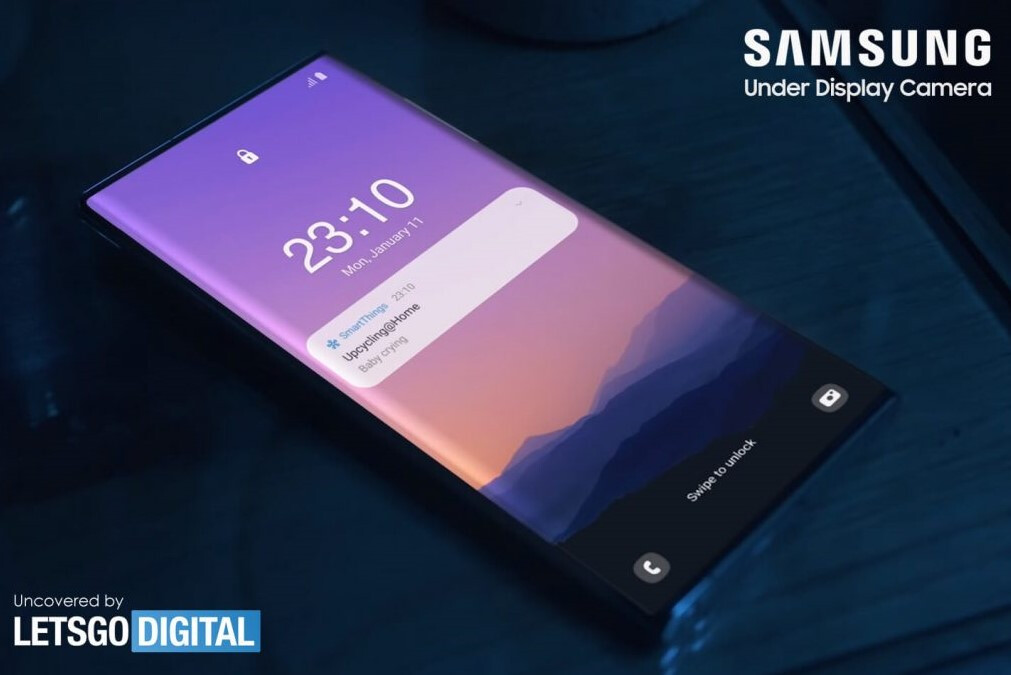 A recently published patent indicates that Samsung’s under-display camera tech, which the company has reportedly been working on for a long time, is at an advanced development stage. Since the chaebol is reportedly already planning to bring S Pen compatibility to the Galaxy Z Fold 3, it might not be the first device to feature an under-screen selfie camera, although some rumors do suggest so. Instead, the Galaxy Note 21 may have the honor, and apparently a new Samsung video hints at the same.

During the ongoing CES 2021, Samsung announced updates to the Galaxy Upcycling program that was announced back in 2017. The basic idea is to repurpose older Galaxy devices to create IoT tools and the South Korean giant has shared a video that goes into more detail about the program. The eagle-eyed folks at Let’s Go Digital have spotted an unreleased smartphone in the video that’s all screen. This suggests that the device has an under panel front shooter. Since the Galaxy S21 will probably retain a punch-hole selfie camera, the phone might turn out to be the Galaxy Note 21 Ultra.

Of course, that’s pure speculation, but given that multiple sources suggest Samsung’s under panel camera is ready for primetime, the Note 21 Ultra does seem like a possible candidate.

In the video, Samsung commends companies for reducing packaging and also talks about the waste produced by technology. This is further proof that Apple has inspired the company to remove accessories from the Galaxy S21 box. This means that the new phones will ship without a charger and possibly earphones too.
If it’s any consolation, Samsung is apparently planning to release a higher wattage, more affordable charger alongside the new phones. Additionally, it is also reportedly going to give away the rumored Galaxy Buds Pro for free with every Galaxy S21 Ultra pre-order. Separately, these are expected to cost $229.

The Galaxy S21 series will be revealed this Thursday.

Woman Gets 2 New Dogs, Finds Out They Perfectly Match Her Couch

This crying man got kicked off a flight for not wearing a face mask, and the video went viral – BGR