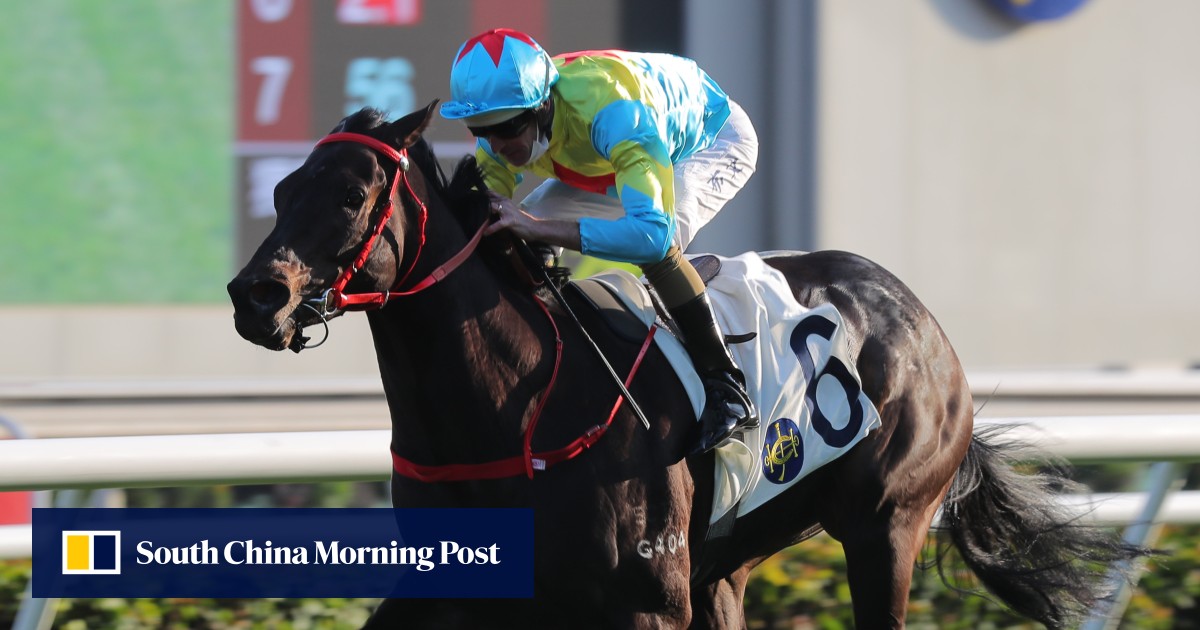 The Danny Shum Chap-shing-trained Victor The Winner bounced back in emphatic style at Sha Tin on Tuesday afternoon, putting his rivals to the sword with a four-length victory in the Class Three Fat Choi Handicap (1,200m).

A disappointing seventh as favourite after being forced to take a sit behind leader Dragon’s Luck on international day last month, Victor The Winner returned to his more customary lead role and never looked troubled on his way to a third win from five starts.

“He’s a nice horse, but he needs time. He’s not solid. He needed five or six weeks to recover from his last run. You see the pattern. Run him in two or three weeks – he can’t stomach it. Give him time – he’s flash. It was a huge performance today,” Shum said.

“I don’t think he has to lead. If there’s six weeks between runs and a lot of speed in the race then I think he can sit in second or third position.”

Victor The Winner rounded out a double for the in-form Hugh Bowman, who also saluted aboard the David Hall-trained Nicholson Returns to continue his march up the jockeys’ premiership table.

Despite only beginning his Hong Kong stint on November 20, Bowman now has 18 winners and sits in sixth position.

One man who is happy to have the star Australian in town is his countryman Hall, who praised the jockey after they combined for their sixth victory from 29 attempts this season at a strike rate of 21 per cent.

“It wasn’t planned or anything, it’s just fallen into place,” Hall said of their fruitful relationship.

“Obviously I’ve had a connection with him over the years and every time he’s come up here he’s had a ride for me. We know him pretty well and he’s not a bad one to team up with.”

Nicholson Returns made it two wins on the trot in the Class Four Prosperity Handicap (1,800m), with Bowman producing a carbon copy of the four-year-old’s January 8 victory by taking him back to last from gate 13 and unleashing him down the middle of the track in the straight.

“It’s not too often you see horses come from last with the big weight and a wide draw and get it done twice in a row,” Hall said.

“Full credit to the horse, he’s really matured now and he’s very relaxed in the paddock.

“His manner is taking him a long way and I’m really happy to see him do that. When he goes down in weight and up in competition, I think he’s going to be very hard to beat again,” Hall added of Nicholson Returns, whose next start will come in Class Three.

Bowman also amassed three seconds and a third to go with his two victories, rewarding those who backed him at as much as $22 with a comfortable victory in the Jockey Challenge.

Cordyceps can get a mile

Cordyceps Six will be the highest-rated galloper to tackle the Classic Mile since Golden Sixty, with trainer Richard Gibson confirming it is full steam ahead towards Sunday’s race with the speedster.

Cordyceps Six boasts a rating of 111 after six wins from 17 starts, including victory in the Group Three Sha Tin Vase (1,200m) last season – one point less than the mark Golden Sixty carried into the 2020 Classic Mile.

“It’s a good position to be in, having the highest-rated horse in the race, so that’s a big plus,” Gibson said.

Cordyceps Six enters the first leg of the four-year-old series off the back of a last-start sixth in the Group Three Bauhinia Sprint Trophy (1,000m) and will step out past 1,200m for the first time in his career, but Gibson is quietly confident his galloper can handle the distance.

“The big question mark for everyone is the trip. I think it’s favourable, otherwise we wouldn’t be running. We’re looking forward to the race,” he said.

Cordyceps Six, who was seventh behind stablemate Wellington in December’s Group One Hong Kong Sprint (1,200m), will be ridden by Alexis Badel, while overseas superstars Ryan Moore (Sweet Encounter), James McDonald (Beautyverse) and Jamie Kah (Voyage Bubble) will jet in for the race.

Cordyceps Six also holds an entry for the Group One Centenary Sprint Cup (1,200m) on February 5 but Gibson concedes it’s “unlikely” he’ll back up in a race where Wellington is the horse to beat.

What Happened to Lara Spencer? The ‘GMA’ Star Shares a Major Health Update on Instagram