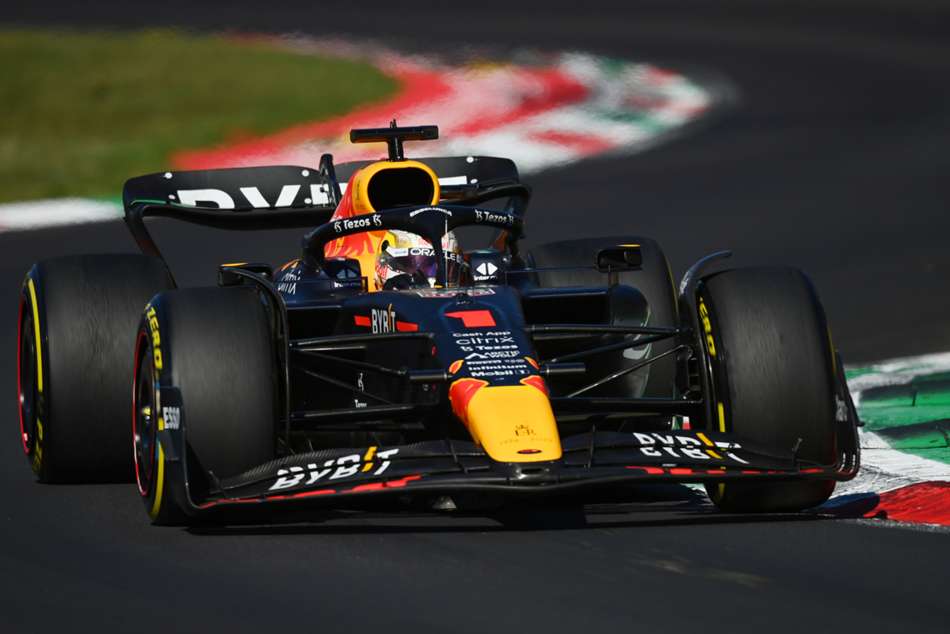 The reigning Formula One champion edged closer to securing his second consecutive world drivers’ crown in glorious sunshine at Monza, after brushing aside a pre-race five-place grid penalty.

But the Dutchman’s success came once again with the helping hand of a failed gamble from Ferrari, who lost their home race after opting to throw Charles Leclerc onto long-distance medium tyres early on.

Leclerc, foiled in his bid for a taut title race with Verstappen this year, was pitted with a dozen laps on the board during a virtual safety car brought on by a mechanical failure for Sebastian Vettel’s Aston Martin.

Having blasted through the pack from seventh at lights out to emerge near the front again, the decision pushed Verstappen to the front and from there he seldom looked troubled by his rival.

Leclerc went onto softs to try and trim a near-twenty second gap, but it was to be in vain, leaving Ferrari to ruminate on another weekend where they lost the advantage.

Carlos Sainz at the very least impressed after a sweeping slate of grid penalties saw him cut through from the back to challenge for a podium, ultimately coming home in fourth behind the Mercedes of George Russell.

The latter’s team-mate Lewis Hamilton likewise impressed with a fine drive from the rear of the grid to finish sixth, in another affirmation of the seven-time world champion’s talents amid a tough season.

A late breakdown for Daniel Ricciardo’s McLaren meant any chance for late drama was neutered under a safety car, and with three weeks to Singapore, Verstappen might start clearing his trophy cabinet for the big one again.