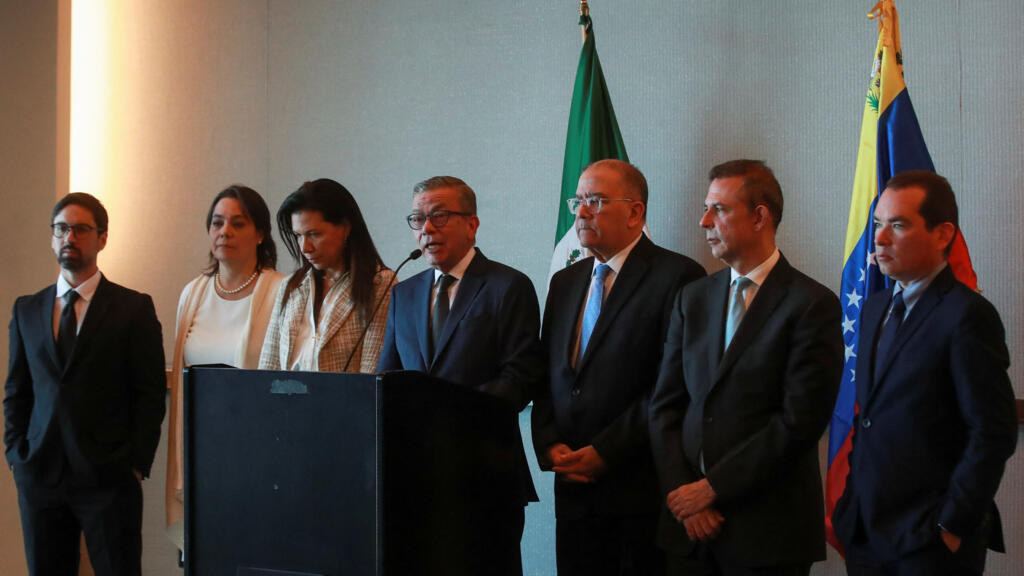 Venezuela’s leftist government and opposition signed what they called a social protection agreement Saturday as they resumed talks on ending a grinding political crisis.

A political crisis has worsened there since President Nicolas Maduro declared himself victor of a contested 2018 election, which was widely seen as fraudulent.

This accord reached in negotiations held in Mexico represent “hope for all of Latin America,” Mexican Foreign Minister Marcelo Ebrard said.

The United States responded quickly by easing oil sanctions it had imposed on Venezuela, saying it will allow Chevron to resume limited oil extraction operations in Venezuela.


The US Treasury said the the accord is “a humanitarian agreement focused on education, health, food security, flood response, and electricity programs that will benefit the Venezuelan people.”

The accord reached Saturday marked a breakthrough after 15 months of stalemate between the Maduro government and his opposition.

International efforts to resolve the Venezuelan crisis have gained strength since Russia’s invasion of Ukraine and the pressure it has placed on global energy supplies.

Venezuela holds the world’s largest oil reserves even as grinding poverty and an ongoing political crisis have led a UN-estimated seven million Venezuelans to flee the country in recent years.

‘You Hurt My Feelings’ Simply Fails to Deliver the Goods in…

The Next Generation of DC Movies and TV Has Arrived…

Can a murder conviction move forward without finding the…