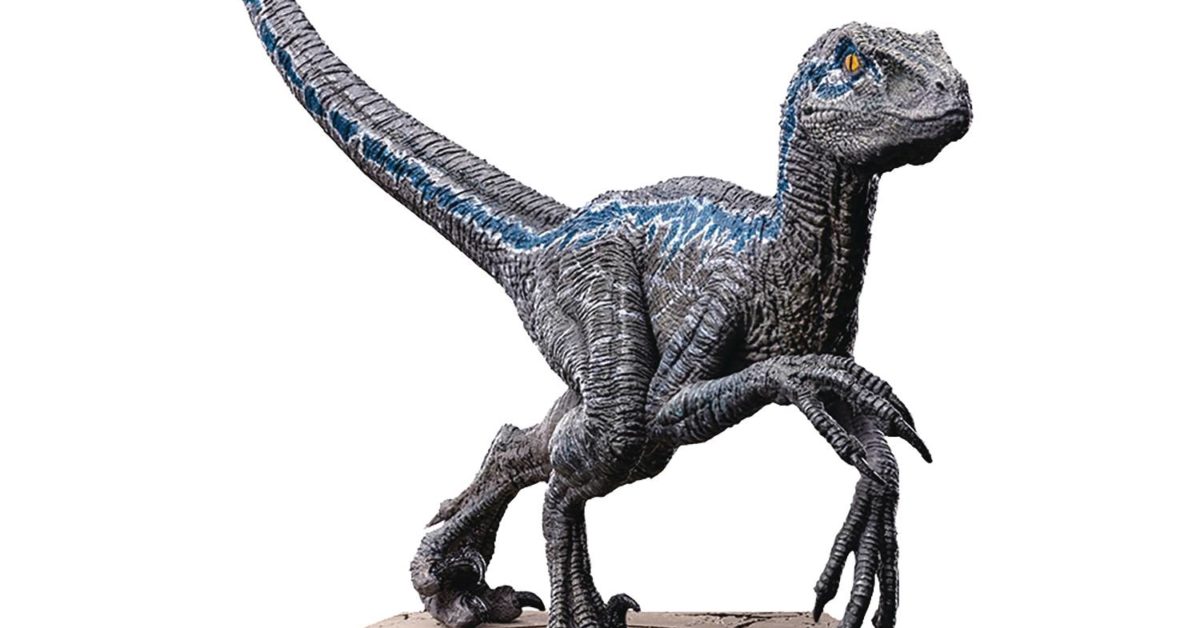 Jurassic Park is probably my favorite movie, and I think Jurassic World was a truly incredible sequel. The premise was almost the same as the first, but at a time when the dream Hammond thought of came to life. The Indominus Rex and the hybrid dinosaurs were a nice touch, and the Velociraptor training was just pure fun. One of the highlight dinosaurs in this film was the Velociraptor Blue, who was popular and important enough to return in the following sequels. This dinosaur is back once again as Iron Studios continues their new Jurassic World Icons statue line that pulls back the size and prices while not holding back on the detail. Coming in at 3.5″ tall, this Jurassic World Icons statue captures the Velociraptor with impressive craftsmanship, texture, and detail while staying true to her design, like keeping her signature blue coloring. Blue is priced at $50, set for a Q3 2023 release, and pre-orders are live here. 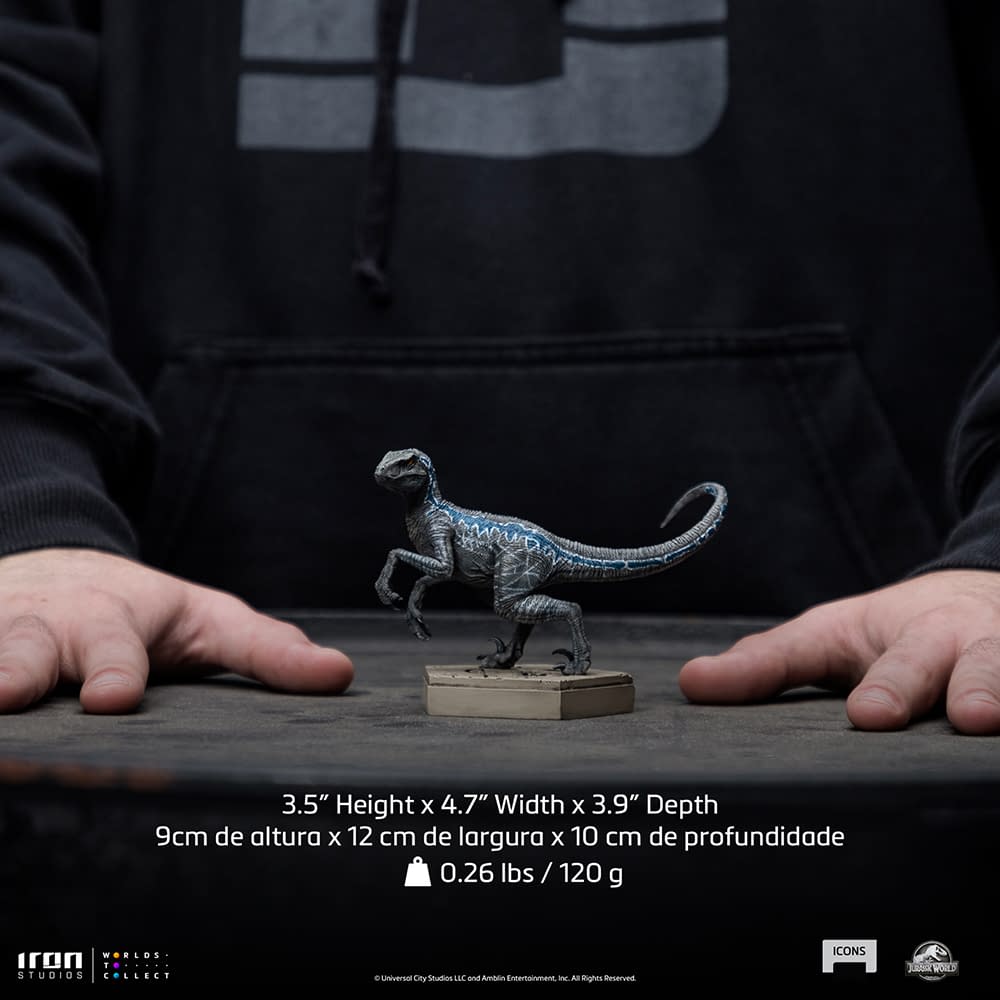 “Based on the eponymous novel by Michael Crichton, the awarded filmmaker Steven Spielberg, and Universal Studios astonished the audiences worldwide in 1993 with the premiere of Jurassic Park in the movie theaters. Huge fans of the franchise, maintaining a successful partnership that started in 2017, Iron Studios present their new collection Jurassic Park-Icons, with miniature statues over stylized pedestals with their logo, that meticulously bring the same realistic details on its anatomy and painting as seen in their larger-scale counterparts.”

“Besides creating an opportunity for fans and collectors to expand their collection with new replicas of their most beloved Dinosaurs, this new line will bring new collectors, introducing an accessible cost-benefit format, both in price and size, impressing with its richness in detail and standard of excellence and quality that are trademarks of Iron Studios.”