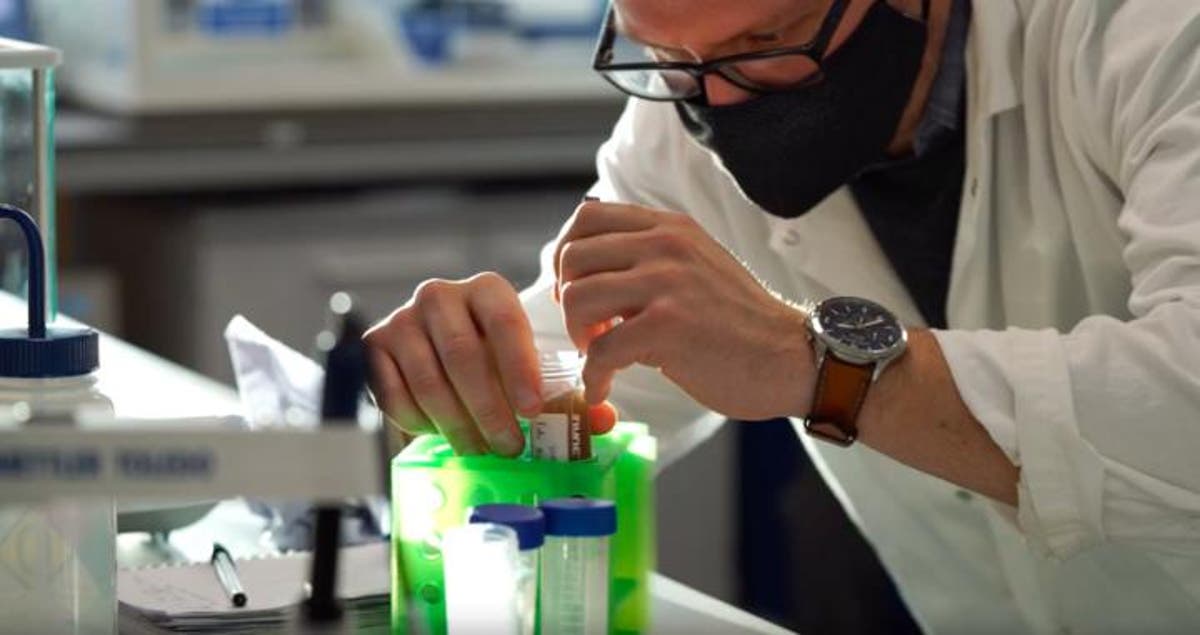 Footprints of last dinosaurs to walk in Britain found close…

A lab-created, plant-based material that mimics spider silk could replace single-use plastics in a number of consumer products, researchers say.

The material, which was developed in a University of Cambridge study, uses a new, energy-efficient approach to assemble plant proteins into materials that mimic silk on a molecular level.

This is done by replicating the structures found in spider silk — one of the strongest materials in nature — using soy protein isolate, a protein with a completely different composition.

“Because all proteins are made of polypeptide chains, under the right conditions we can cause plant proteins to self-assemble just like spider silk,” said Professor Tuomas Knowles.

He said that when spiders weave their webs, the silk proteins are dissolved in an aqueous solution which assembles into a strong fibre through the spinning process, which requires minimal energy.

Similar to the spider, researchers had to find a way to dissolve plant proteins so that they could be reassembled to mimic the properties of spider silk.

Unfortunately, plant proteins are poorly soluble in water, but researchers developed an environmentally friendly and energy efficient method to dissolve the soy protein isolate in a mixture of water and acetic acid. Once the process is complete, and the solvent removed, the soy protein isolate is reassembled in the form of a water-insoluble, plastic-like film.

Ayaka Kamada, PhD candidate and first author on the paper said: “Very little is known about the self-assembly of proteins, and it’s exciting to know that by filling this knowledge gap we can find alternatives to single-use plastics.”

The study showed that the material had the strength equivalent to high performance engineering plastics, like low-density polyethylene. But unlike most plastic films, the new material can be composed at home, as no chemical modifications were made to its natural building blocks, and no toxic elements were added.

The new product will be marketed by Xampla, a University of Cambridge spin-out that focuses on developing replacements for single-use plastics and microplastics. Later this year, the company will introduce a number of single-use products to replace the plastics used in laundry detergent capsules and dishwasher tablets.

Dr Marc Rodrigues Garcia, postdoctoral researcher, study co-author and head of research and development at Xampla said: “Other researchers have been working directly with silk materials as a plastic replacement, but they’re still an animal product.

He added: “It’s exciting to be part of this journey. There is a huge, huge issue of plastic pollution in the world, and we are in the fortunate position to be able to do something about it.”

Greak: Memories Of Azur Is A 2D Platformer Where You Play As Three Siblings, Releasing August 17