Vampire squid are gentle blobs. But this ancestor was a fierce hunter 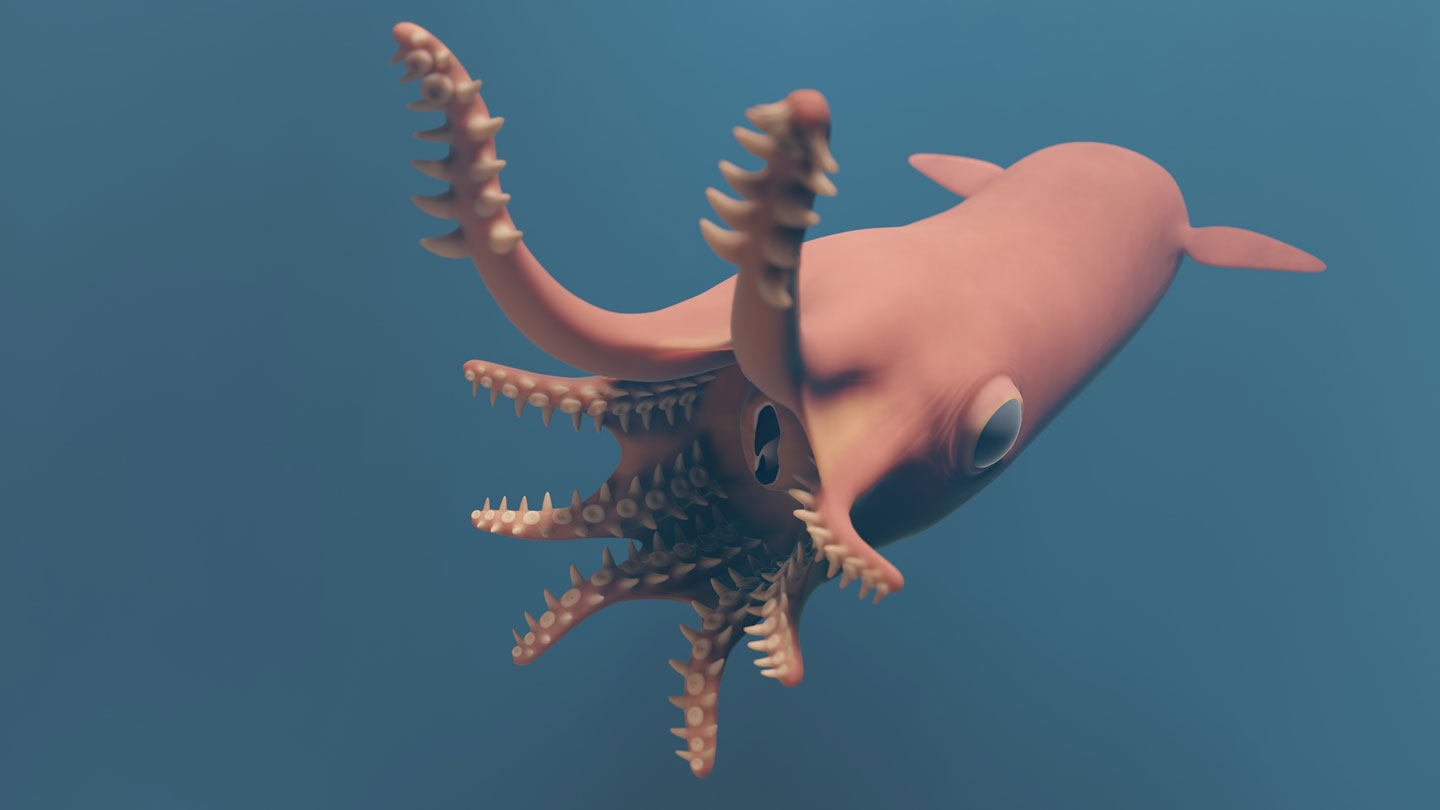 Despite the scary name, modern vampire squid are docile denizens of the deep sea — but their Jurassic ancestors may have been a lot fiercer.

Analyses of fossilized soft tissue from three 164-million-year-old specimens of Vampyronassa rhodanica suggest that the ancient cephalopods had some powerful weapons, researchers say June 23 in Scientific Reports. Unlike its blobby modern relative, V. rhodanica had a more streamlined muscular body, with two of its eight arms twice as long as the other six. Strong suckers on all eight arms could have helped it snatch and hold onto prey.

Modern vampire squid (Vampyroteuthis infernalis) are not actually squid; they’re the only surviving members of an ancient, diverse order of cephalopods, the Vampyromorpha. And V. infernalis are pretty passive about finding food (SN: 6/25/12). Alongside their arms, they have two long, retractable, sticky filaments that they use like flypaper to collect ”marine snow,” tiny bits of dead plankton or sinking fecal pellets that happen to drift past (SN: 5/19/15).

Both the ancient and the modern creatures have eight arms bearing suckers flanked by hairlike cirri. But the ancient cephalopod’s suckers are attached to the arms by stalks embedded in round layers of muscle. That muscular arrangement, the team says, would have greatly increased the pressure differential inside the sucker — making its suction more powerful. The creature’s numerous, closely packed cirri may have helped it sense prey, similar to a strategy used by some modern octopuses.

V. infernalis’ suckers, lacking that muscle arrangement, don’t have such a strong grip. Instead, its suckers secrete mucus that coats whatever the creatures have captured with their filaments. The cirri then slide that slippery food along the arms and into its mouth.