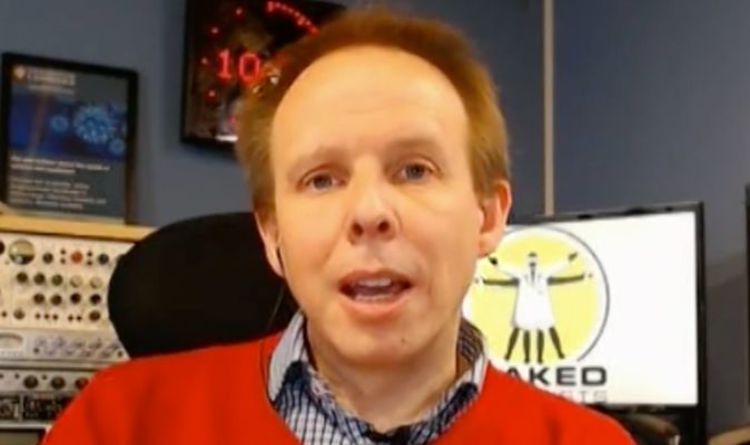 Dr Chris Smith has told Britons that getting coronavirus in the early hours may result in people not “responding well” to the jab as he warned that the health authorities must proceed “very carefully” before launching a 24-hour vaccination service. Government sources this morning said extended hours were being considered for extending the current vaccine hours past the current 8pm threshold. It comes as fatalities from COVID-19 reached their second-highest ever daily toll reported.

Virologist Dr Smith told Jeremy Vine on 5 viewers: “A number of people, including people questioning Matt Hancock on national television this morning said, ‘well, what are the plans to roll this out as a 24-hour offering?’

“He said well, in fact, the people giving the vaccine may like to go to bed at some point, not everyone wants to have the vaccine in the middle of the night either.”

“But I think there is a more important point beyond that, there is both a practical one and a scientific one,” he continued.

“The practical one is that anything happening at night is more error-prone. People are more likely to have car accidents driving to these centres and not just the staff, the people going to have their vaccines.”

Dr Smith added: “If they are fatigued the next day at work they might have accidents as well and then there is the whole circadian biology, your body clock.

“When you are tired your immune system doesn’t respond as well, so we have to very careful before we say let’s chuck a jab into someone at three o’clock in the morning.

“Because it may not have the same effectiveness as a jab giving to someone at nine o’clock in the morning. it does make a difference and needs to be taken into account.

He said there would be some groups where a 24/7 model may be the best approach but added: “Our attitude on the vaccine rollout is whatever it takes to do this as fast and safely possible.”

This morning, Sky News reported a senior Government source as saying ministers are “considering a pilot where vaccinations are offered for longer hours.

They add more day time vaccine appointments were also being looked at.

“They Have Seen Their Mother Being A Victim Of Insult…

Maverick’ Soars Past $1 Billion at the Box Office