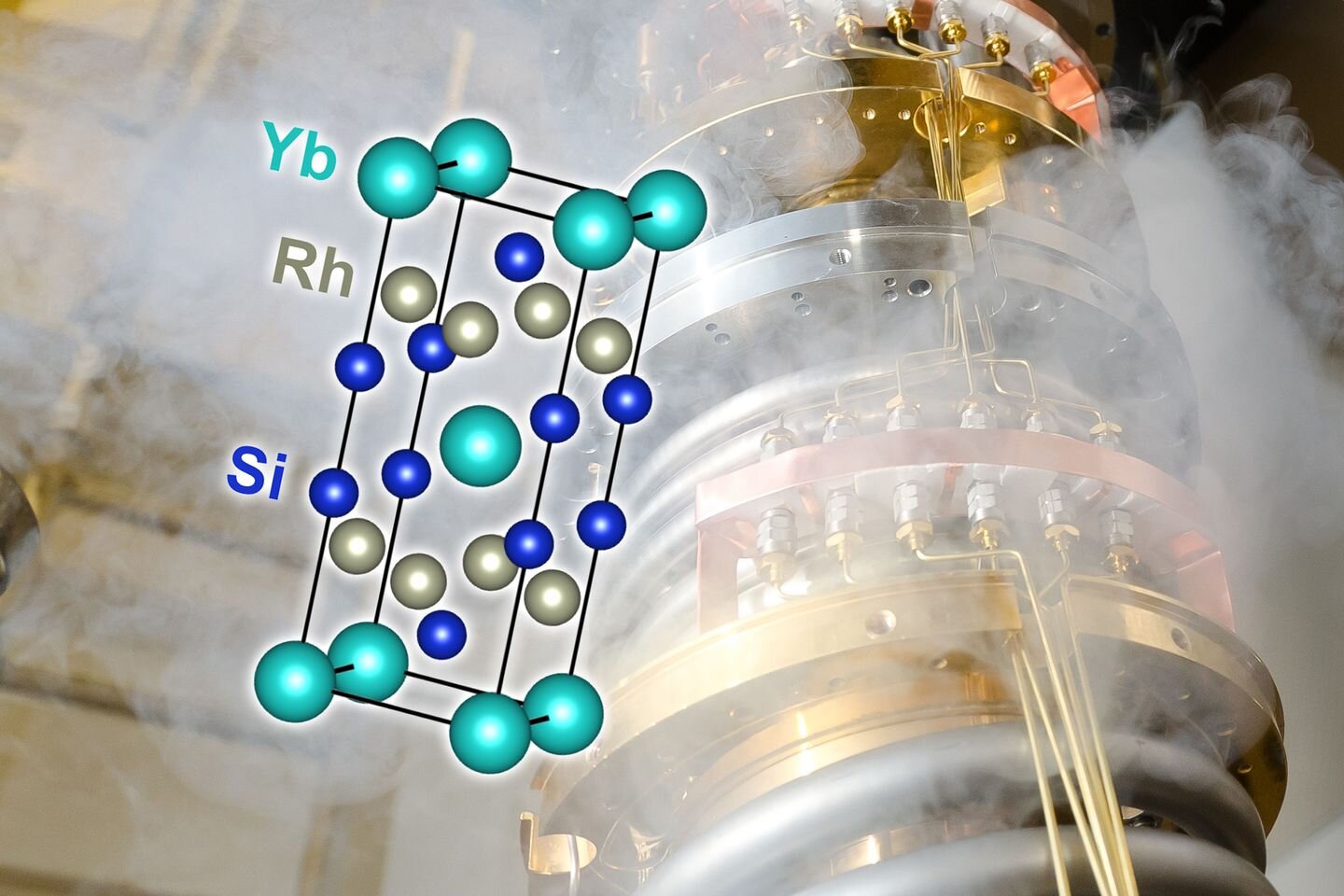 A surprising discovery at TU Wien could help solve the riddle of high-temperature superconductivity: A famous “strange metal” turned out to be a superconductor.

At low temperatures, certain materials lose their electrical resistance and conduct electricity without any loss—this phenomenon of superconductivity has been known since 1911, but it is still not fully understood. And that is a pity, because finding a material that would still have superconducting properties even at high temperatures would probably trigger a technological revolution.

A discovery made at TU Wien (Vienna) could be an important step in this direction: A team of solid-state physicists studied an unusual material—a so-called “strange metal” made of ytterbium, rhodium and silicon. Strange metals show an unusual relationship between electrical resistance and temperature. In the case of this material, this correlation can be seen in a particularly wide temperature range, and the underlying mechanism is known. Contrary to previous assumptions, it now turns out that this material is also a superconductor and that superconductivity is closely related to strange metal behavior. This could be the key to understanding high-temperature superconductivity in other classes of materials as well.

“It has therefore already been suspected in recent years that this linear relationship between resistance and temperature is of great importance for superconductivity,” says Prof. Silke Bühler-Paschen, who heads the research area “Quantum Materials” at the Institute of Solid State Physics at TU Wien. “But unfortunately, until now we didn’t know of a suitable material to study this in great depth.” In the case of high-temperature superconductors, the linear relationship between temperature and resistance is usually only detectable in a relatively small temperature range, and, furthermore, various effects that inevitably occur at higher temperatures can influence this relationship in complicated ways.

Many experiments have already been carried out with an exotic material (YbRh2Si2) that displays strange metal behavior over an extremely wide temperature range—but, surprisingly, no superconductivity seemed to emerge from this extreme “strange metal” state. “Theoretical considerations have already been put forward to justify why superconductivity is simply not possible here,” says Silke Bühler-Paschen. “Nevertheless, we decided to take another look at this material.”

At TU Wien, a particularly powerful low-temperature laboratory is available. “There we can study materials under more extreme conditions than other research groups have been able to do so far,” explains Silke Bühler-Paschen. First, the team was able to show that in YbRh2Si2 the linear relationship between resistance and temperature exists in an even larger temperature range than previously thought—and then they made the key discovery: at extremely low temperatures of only one millikelvin, the strange metal turns into a superconductor.

“This makes our material ideally suited for finding out in what way the strange metal behavior leads to superconductivity,” says Silke Bühler-Paschen.

Paradoxically, the very fact that the material only becomes superconducting at very low temperatures ensures that it can be used to study high-temperature superconductivity particularly well: “The mechanisms that lead to superconductivity are visible particularly well at these extremely low temperatures because they are not overlaid by other effects in this regime. In our material, this is the localisation of some of the conduction electrons at a quantum critical point. There are indications that a similar mechanism may also be responsible for the behavior of high-temperature superconductors such as the famous cuprates,” says Silke Bühler-Paschen.

The best laptops for gaming and schoolwork