US state reports first litter of wolf pups in 80 years 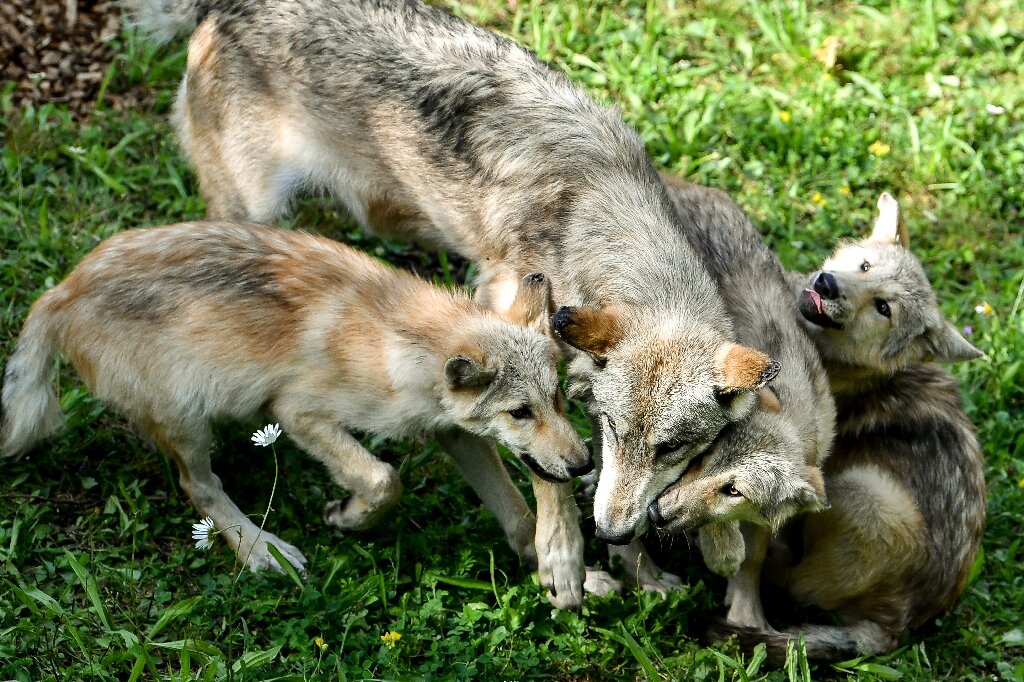 Colorado has reported its first litter of gray wolf pups in 80 years, a major milestone in the US state’s efforts to reintroduce the iconic species even as it stands imperiled in other parts of the country.

Between June 4 and June 8, a state biologist and a wildlife manager independently reported visual confirmation that “John” and “Jane,” known collared wolves, were seen with three young.

The observations were made at dusk or dawn from a distance of around two miles from the den site, so as not to interfere with the pack.

It is not known if the three pups spotted are the only offspring. Litters typically consist of four to six pups.

“Colorado is now home to our first wolf litter since the 1940s,” said Governor Jared Polis in a statement Wednesday. “We welcome this historic den and the new wolf family to Colorado.”

Coloradans narrowly voted last year in favor of a law to reintroduce the predator by 2023, the first time a state’s voters forced their government to protect a species.

A quarter of a million wolves once roamed from coast to coast before European settlers embarked on campaigns of eradication by shooting, trapping and poisoning that endured into the 20th century.

There are now an estimated 6,000 gray wolves in the lower 48 states, up from the roughly thousand or so that remained before the US granted them protection under the Endangered Species Act in the late 1970s.

A few individual wolves journeyed southeast to Colorado from Yellowstone National Park, where they were reintroduced in the 1990s, but it was not clear there was a self-sustaining, viable population in the state.

“We are continuing to actively monitor this den site while exercising extreme caution so as not to inadvertently jeopardize the potential survival of these pups,” said Libbie Miller, a state wildlife biologist.

“Our hope is that we will eventually have photos to document this momentous occasion in Colorado’s incredible and diverse wildlife history, but not bothering them remains a paramount concern.”

Proposition 114 was on the ballot in Colorado during the November 3, 2020 election, passing by just 50.9 percent. Its predominantly rural opposition was led by ranchers.

The law directs the state to formulate a plan to manage the animals and introduce “paws on the ground” by 2023, while compensating livestock owners for losses.

In March, licensed hunters in the Midwestern state of Wisconsin blew through their quota and killed 216 wolves over the course of three days.

The number was almost twice as high as the allocation, and amounted to roughly 20 percent of the state’s entire population.

In May, Idaho’s governor signed a bill allowing contractors to kill up to 90 percent of the state’s 1,500 wolves, including by shooting them from helicopters or chasing them down with snowmobiles or all-terrain vehicles.

Research has confirmed the keystone predator’s ecological importance in thinning over-browsing herds of elk to prevent destruction of habitat. Wolves also help with wetland creation by keeping beavers in check.

A paper in the Proceedings of the National Academy of Sciences last month found wolves reduced the frequency of car-deer collisions by a quarter in Wisconsin, saving people from serious injuries and deaths.

Most of the reduction was due not to a decline in the deer population but to heightened skittishness around roads often used by wolves as travel corridors, the paper said.

The Dark Pictures Anthology: House of Ashes Gets A Release Date And A Terrifying Collector’s Edition