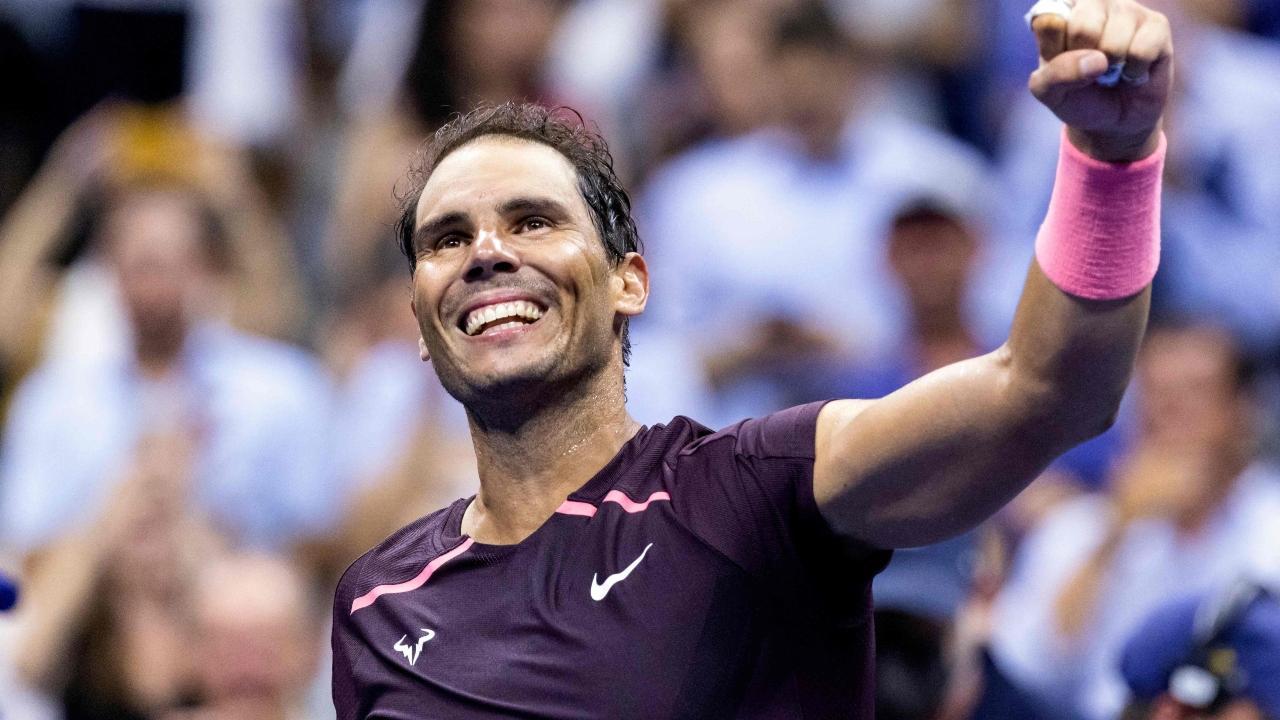 Spanish stalwart and winner of 22 singles majors, Rafael Nadal began his quest for a 23 Grand Slam title defeating Australian Rinky Hijikata 4-6, 6-2, 6-3, 6-3 at Flushing Meadows to set up a second-round showdown with Italy`s Fabio Fognini on Wednesday (IST). The four-time US Open champion, competing here for the first time since he clinched the title in 2019, has won 19 of his past 20 matches at the season`s final Grand Slam. “It`s been a long wait. For some time I thought I may not be able to be back, so I am super happy. Night sessions are the best,” Nadal was quoted as saying by atptour.com. “I just have to be humble and accept the process, day after day in practices and matches and stay positive.”

Nadal`s next opponent will be Fognini. The Italian had rallied from two sets down against the 22-time Slam champion in New York in 2015, though the Spaniard leads the head-to-head 13-4. Fognini battled past Aslan Karatsev of Russia 1-6, 5-7, 6-4, 6-1, 6-4 after three hours and 34 minutes. Hijikata showed no stage fright inside the famed Arthur Ashe Stadium, playing aggressively to keep Nadal from dominating the action.

“I think I started not that bad the first couple of games, but then I had some opportunities that I was not able to make it,” Nadal said. “I think I didn`t play a good game with my serve. Then he (Hijikata ) had the break. Then I was a little bit nervous. First match here in New York after three years, night session, it`s always exciting. Yeah, I went through this tough moment. “It`s always the same story: things are not perfect when you are not competing very often, when you come back from injury. You need to be humble enough to go through this process and accept that you need to fight and you need to accept that you going to suffer. That`s what I did today,” Nadal said. “I am able to play again in two days, and I hope to play better.”

This was Nadal`s second match since Wimbledon, where he pulled out before the semifinal due to an abdominal injury. The Spaniard had lost his opening match at the Western & Southern Open in Cincinnati against eventual champion Borna Coric. Nadal is in a great position to leave New York as the No. 1 player in the ATP rankings. Russian Daniil Medvedev, Spaniard Carlos Alcaraz and Norway`s Casper Ruud must all reach at least the final to have a chance of preventing Nadal from capturing the top spot.

Equity is goal, not mandate, in California electric car rule

Are Transgender People at Risk of Breast Cancer?