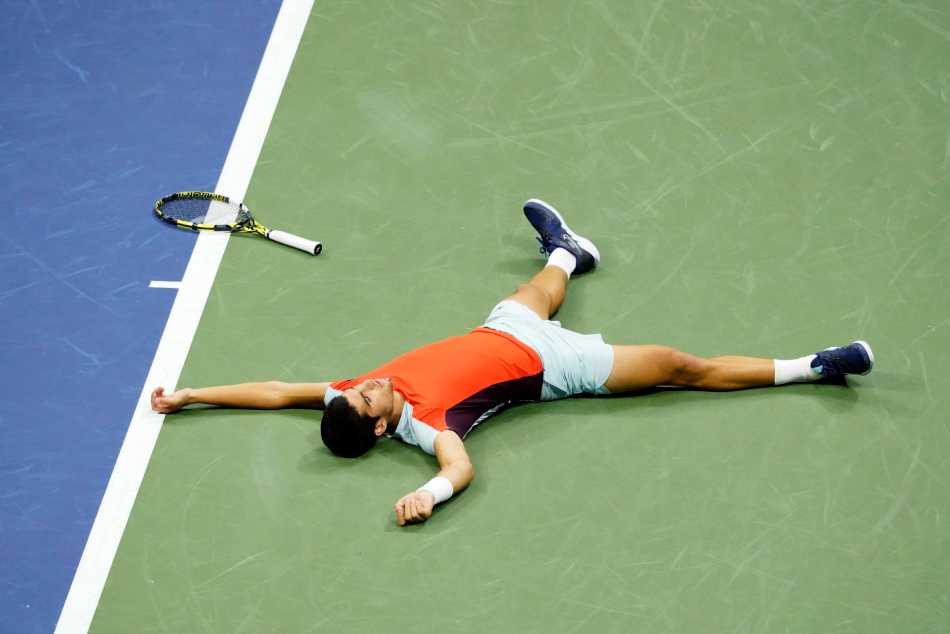 The 19-year-old showed no ill effects physically following his quarterfinal epic against Jannik Sinner, which was the second-longest match in US Open history (5hrs, 15min), resulting in the latest-ever finish at the tournament (2.50 am local time).

So despite Tiafoe playing a courageous fourth-set tie-break, the Spaniard was physically ready for the decider.

Earlier by defeating Khachanov, Ruud has now won 13 of his past 15 matches, and while it is usually his return game that dictates his effectiveness, against the Russian it was about his ability to win points on serve.

Though Ruud has lost both his previous meeting to Alcaraz, one advantage the Norwegian will have over the Spaniard is the fact that this is not his first rodeo, having made the French Open final this year where he lost to Nadal.

With his back to the wall after losing first two sets, Khachanov responded well in the third, finding his range with his ground strokes to post 15 winners and four unforced errors, while winning 83 per cent (24-of-29) of his service points. But that would be his last piece of resistance before Ruud took over down the stretch, rattling off five consecutive games in the fourth set to turn a 0-1 deficit into a 5-1 lead, serving it out to love.

Ruud reached new heights as he is guaranteed to leave the US Open with a new career-high ranking, and with a win in the final, he will become world No.1 for first the first time. The only player with a chance to overtake him in the race for the No.1 spot is Alcaraz. If the 19-year-old triumphs at the Flushing Meadows, he will become the youngest world No. 1 in the history of ATP rankings since 1973. Game on!