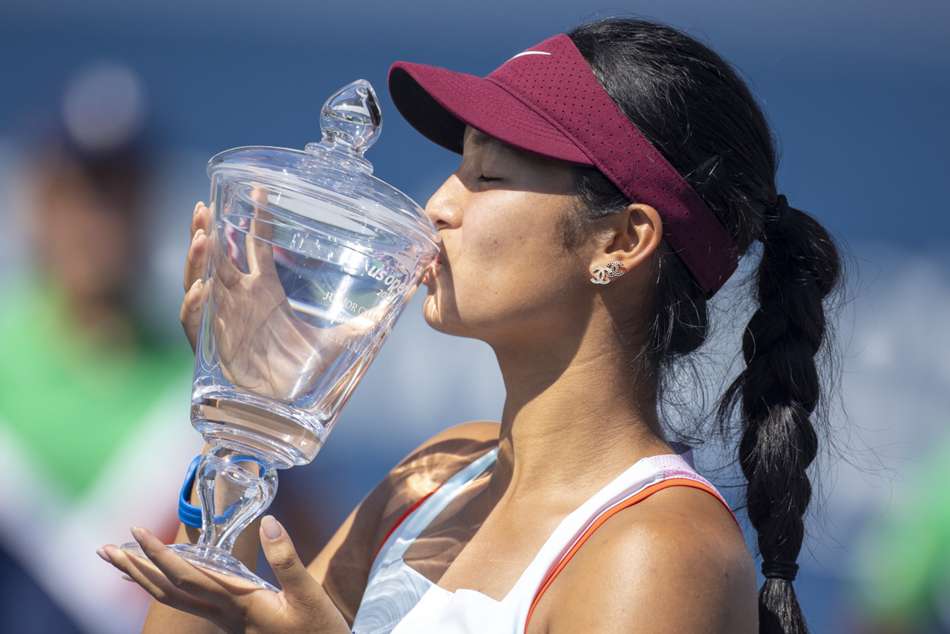 The 17-year-old beat the Czech Republic’s junior French Open winner Lucie Havlickova 6-2 6-4 and did not drop a set in all six singles matches she played in New York.

As well as training at 22-time grand slam winner Nadal’s academy in Mallorca for a number of years, Eala has taken inspiration from the Spanish left-hander too.

“I think my idol is obviously Rafa. But I’m not just saying that because I’m in his academy,” she said.

“He’s a very good role model, something a lot of people should idolise and try to be. The biggest thing I notice in Rafa is how he fights till the end, how his thoughts are so clear. He’s so calm, but at the same time so fired up. I think I really tried to channel that energy during this whole week.

“That’s also what I tried to show, to people who look up to me, to think with a clear head and to not act irrationally.”

All the emotions for Alexandra Eala.

Eala was the 10th seed in New York and toppled the second seed in the title match, for a result she described as “very overwhelming”.

Last year’s women’s singles runner-up Leylah Fernandez is a player whose mother is Filipino Canadian, while Emma Raducanu, who beat Fernandez, has a Chinese mother.

“I think the final last year was very groundbreaking, something very special,” said Eala. “They’re both young and both from diverse backgrounds. It definitely hit a lot of people.”

My Experience With Racism After the Attacks on September 11, 2001