US Government Seeks to Outlaw TikTok but Faces Obstacles 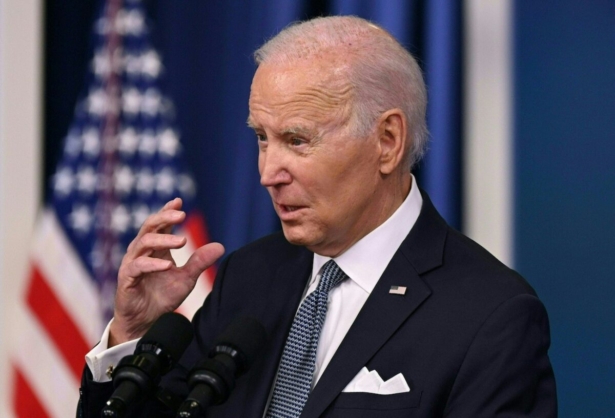 President Joe Biden signed legislation in December banning federal employees from using TikTok on government devices due to national security threats. And more than 25 states have taken measures against the popular app, either by prohibiting its usage on government devices or filing litigation.

Some believe that these measures are good, but not enough. They contend that the app should be fully outlawed in the United States due to mounting concerns that it could be used to spy on Americans.

For the past two years, the U.S. government has been trying to find ways to address the threat posed by TikTok, the most popular mobile app in the country with roughly 100 million monthly active users.

Legal experts argue that the Biden administration is being more careful than its predecessor to avoid legal challenges. Since content shared on TikTok is considered free expression, it enjoys protection under the First Amendment.

Arthur Herman, a senior fellow and director of the Quantum Alliance Initiative at Hudson Institute, disagrees that legal hurdles are the main problem. Despite the gravity of the threat, Herman told The Epoch Times that the Biden administration “has been reluctant to really push on the China front.”

He cited the actions of the government of India as an example and advised that the United States pursue similar measures. In 2020, following a violent border incident with China, India completely banned TikTok along with hundreds of other Chinese apps.

In his final months in office, President Donald Trump attempted to ban TikTok through an executive order; however, numerous federal courts struck his order down. After Biden took office, he revoked Trump’s executive order. Biden suggested using an “evidence-based approach” to find out if TikTok was a real threat to U.S. national security.

Herman claimed that due to the administration’s reluctance to act in the past two years, Congress and dozens of states had taken matters into their own hands and blocked the app on government devices as a first step.

Herman believes, in the next two years, Congress will be the driving force behind a total ban on TikTok.

Impasse Within the Administration?

The Committee on Foreign Investment in the United States (CFIUS), an interagency government panel, has been negotiating with TikTok for more than two years.

The Biden administration has been reportedly looking into ways to divorce the app from its Chinese owner, Beijing-based ByteDance Ltd. However, there are opposing viewpoints within the administration, causing a stalemate, according to a Wall Street Journal article.

The Departments of Justice and Defense are advocating for a forced sale of TikTok’s U.S. operations due to national security concerns, the article stated, citing people familiar with the matter.

If CFIUS determines that the app poses a national security threat, it might recommend that the president order the app’s forced sale by ByteDance. However, the Treasury Department, which chairs the panel, does not consider forced sale a viable option as such an order could be overturned again in courts, according to the article.

The White House didn’t respond to a request for comment.

Banning TikTok completely is not an easy solution, according to James Andrew Lewis, director of the strategic technologies program at the Center for Strategic and International Studies (CSIS).

“The U.S. government does not have the authority to ban speech. Postings on TikTok are protected by the First Amendment since they are a form of speech,” Lewis wrote in a commentary in November.

He noted that any attempt to restrict Americans’ access to TikTok would not withstand a court challenge.

However, Fred Cate, a law professor and vice president of research at Indiana University, contends that the U.S. government has vast powers if it believes a company is threatening national security. But it all comes down to gathering sufficient evidence, said Cate, who specializes in information privacy and security law.

Cate believes that the Biden administration deserves some credit since, following a series of court challenges, it has chosen to follow a traditional process. The judges did not find the evidence compelling enough to justify the violation of the Constitution’s First Amendment rights, he told The Epoch Times.

Hence, the administration officials have decided to investigate the matter and gather evidence regarding what TikTok is doing that may be cause for alarm, he said.

“A lot of people have pointed to the bans on Huawei, the equipment manufacturer, and said, ‘Look, if they can ban Huawei, they can ban TikTok.’ That, of course, is not true because Huawei makes equipment, and TikTok is primarily in the business of speech. And so, the First Amendment applies to TikTok, it probably doesn’t apply to Huawei.”

The Biden administration can’t force a sale, according to Cate, but they can make life difficult for TikTok over the next two years if its U.S business isn’t spun off into a separate entity.

“I think everybody suspects that might be how this resolves itself,” he said.

Some legal experts say TikTok’s parent ByteDance can also be listed on the Commerce Department’s Entity List, a trade restriction list. But this may not fully address the problem, according to Cate.

The U.S. government has the authority to compel Apple and Google to remove the app. However, this step would have no effect on the 100 million Americans who already have the app on their phone, he noted, and it could also be challenged in courts by users or the platforms.

Despite the hurdles, Cate is optimistic that Washington will soon find a resolution.

“I expect a lot of things to be announced soon because I think the Republicans in control of the House are going to push this issue a lot. And I think Biden wants to show that his administration’s on top of it,” he said.

“The economic forces are so strongly in favor of finding a resolution that I would fully expect we’re going to find one and find one soon.”

Why TikTok is a Threat?

The fact that TikTok’s Chinese owner ByteDance has access to data on millions of Americans is at the heart of the current backlash against the app.

TikTok accumulates massive amounts of personal data, and the Chinese regime could force the app’s owner into handing over information on American users.

These concerns have been brewing for years, prompting members of Congress and dozens of states to campaign hard to prevent the app from being used on government devices.

There’s another dimension to the security threat, Herman says.

TikTok’s algorithm allows it to control its users and is responsible for the app’s phenomenal success. Built by engineers at the parent company, the algorithm is “incredibly sophisticated,” according to Herman.

But it’s also “very insidious,” and that’s why it should be banned altogether, he claims.

The average American viewer spends 80 minutes per day on TikTok, which is more than the time spent on Facebook and Instagram combined, according to a Washington Post article.

TikTok can control users in a very subtle way by guiding the preferences of its users in ways that the users themselves may not be aware of what’s happening, Herman explained.

“It can be used to shape the mindset of young Americans about politics, about their own society, and about the world.”

So, the algorithm is not just simply meeting a viewer’s preferences, he warned, but also “brainwashing.”

Indiana Attorney General Todd Rokita urged residents of the state to protect their privacy from the Chinese Communist Party (CCP) by uninstalling TikTok from their phones. The state announced two separate lawsuits against TikTok in December for making fraudulent claims about the safety of the app.

“The app is not only full of toxic material, which is highly inappropriate for children, but it also opens us up to foreign threats,” Rokita said.

In December, Forbes magazine revealed that ByteDance employees used TikTok’s user data to improperly track American journalists. It is still unclear, though, if this incident would be enough to support a ban on the app by the U.S. government, Cate said.

TikTok has long insisted that its service is completely secure and that it will not share any information about its American users with the CCP. However, due to Chinese domestic laws, ByteDance is compelled to provide data to the regime when requested.

Unpacking the Double Cleansing Method, According to Skin-Care Experts—Plus, Top-Rated Face Washes for Each Step