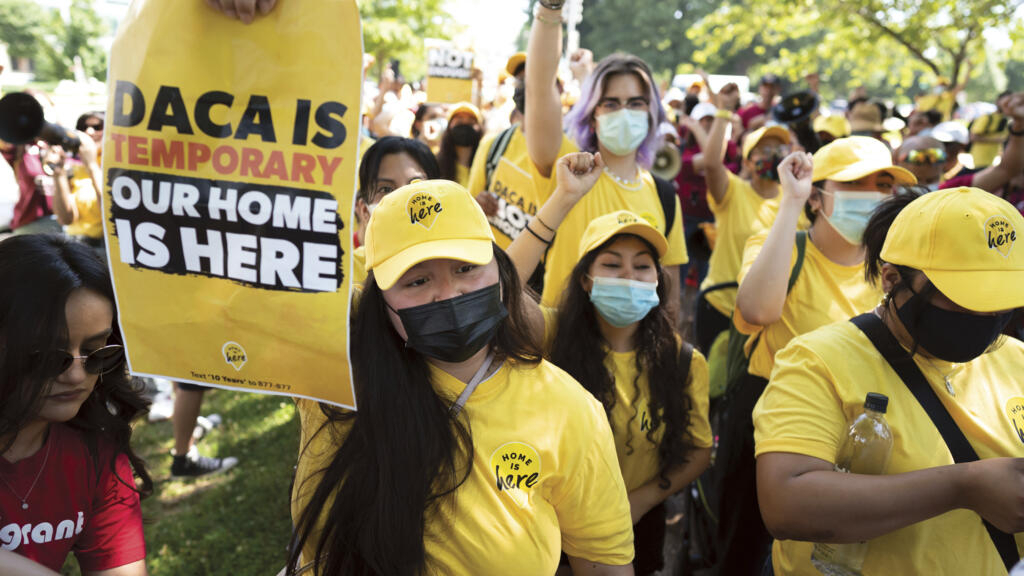 A federal appeals court ruled on Wednesday that a program that has protected hundreds of thousands of young immigrants from deportation was unlawful, but said current enrollees could renew their status and sent the case back to a lower court to consider a new Biden administration regulation.

A panel of three judges from the conservative-leaning 5th US Circuit Court of Appeals affirmed a lower court’s ruling against the program, called Deferred Action for Childhood Arrivals (DACA), but remanded the case in light of a new regulation issued in August.

The new rule aims to strengthen the program against legal challenges.

The decision is a mixed one for US President Joe Biden, a Democrat, who said he wants a permanent pathway to citizenship for DACA recipients – often known as “Dreamers.”

“Today’s decision is the result of continued efforts by Republican state officials to strip DACA recipients of the protections and work authorisation that many have now held for over a decade,” Biden said in a statement released hours after the ruling. “And while we will use the tools we have to allow Dreamers to live and work in the only country they know as home, it is long past time for Congress to pass permanent protections for Dreamers, including a pathway to citizenship.”

The court allowed for the current 594,000 DACA enrollees to maintain their status, but continues to block new applications.

In remanding the case, the 5th circuit said it did not have enough information to rule on the new regulation, which is set to take effect on October 31, but that the case should be resolved as quickly as possible.

The 46-page opinion signaled the judges were skeptical of DACA’s legality.

“”In our view, the defendants have not shown that there is a likelihood that they will succeed on the merits,” they wrote.

Former President Barack Obama, a Democrat whom Biden served under as vice president, created DACA in 2012 after efforts by US Congress to grant citizenship to immigrants brought to the country as children failed.

Texas and a coalition of states with Republican attorneys general in 2018 sued to end DACA, arguing it was illegally implemented. In July 2021, US District Court Judge Andrew Hanen in Texas sided with states. Read full story

The Biden administration appealed the decision, sending the case to the 5th Circuit.

People with DACA status can obtain work permits, a Social Security number and in some states, receive driver’s licenses and financial aid for education.

DACA recipients have faced years of uncertainty and legal wrangling. Biden’s predecessor, former Republican President Donald Trump, tried to end the program but was stymied by the Supreme Court.

The opinion issued on Wednesday was authored by an appointee of former President George W. Bush, a Republican, who was joined by two Trump appointees.

A Department of Justice spokesperson said the department “respectfully disagrees with the decision and will continue to vigorously defend the lawfulness of DACA as this case proceeds.” Texas Governor Greg Abbott’s office did not immediately respond to a request for comment.

Biden came into office promising to work toward a long-term solution for the “Dreamers,” but Republicans and Democrats have found little common ground on immigration in recent years, making a legislative fix before the Nov. 8 midterm elections unlikely.

“However, the uncertainty still remains and the limbo persists,” he said. “We desperately need a pathway to citizenship.”

After Raju Srivastava, Comedian Parag Kansara Passes Away! Sunil Pal Gets Emotional, “One Comedian After Another Is Leaving Us”