US chipmakers hit by sudden downturn after pandemic boom 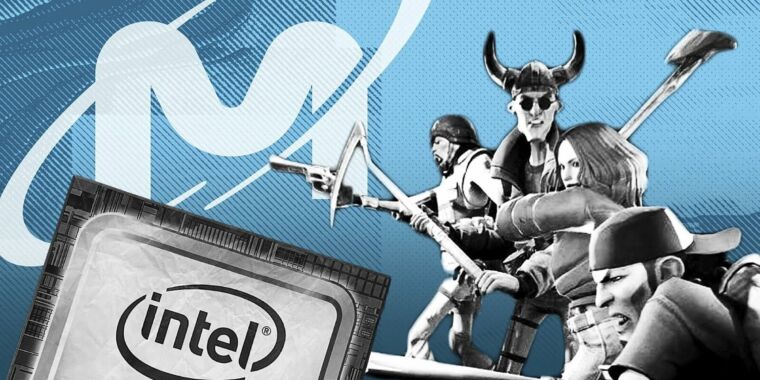 After dealing with booming demand and global shortages since the start of the pandemic, the semiconductor industry is facing a sudden downturn.

But even for an industry accustomed to frequent cyclical slumps, this one has defied easy analysis and left researchers struggling to predict how the setback will play out.

The sudden glut in memory chips, PC processors, and some other semiconductors has come at a time when manufacturers in many automotive and industrial markets still lack a reliable supply of chips.

It has also forced some of the biggest US chipmakers to slash billions of dollars from planned capital spending, at the very moment that Washington has passed a long-awaited law to subsidize a huge increase in domestic chip manufacturing capacity.

The speed of the turn, and the conflicting forces at work, had been unprecedented, said Dan Hutcheson, the veteran chief executive of VLSI Research who has analyzed chip cycles since the 1980s.

“I’ve never seen a time when we had excessive inventory and we had shortages,” he said.

The immediate cause has been a rapid build-up in inventory in the chip supply chain since early this year. Compared with February, when there were enough chips on hand to support about 1.2 months of production, global inventory levels jumped to 1.4 months in June and then 1.7 months in July, according to VLSI Research.

Tumbling PC sales and weaker smartphone demand have been the main causes, as consumers retrench. But with fears rising of an economic slowdown, manufacturers of a wide range of equipment, which had been building inventory to make themselves more resilient to supply pressures, have reversed course. Meanwhile, it is unclear how much weakening chip sales reflect supply chain problems, rather than any fall-off in demand.

The suddenness of the turn has ricocheted through the sector since late July, when Intel stunned Wall Street with the news that revenue in its latest quarter had fallen $2.6 billion, or 15 percent, short of expectations. Chief executive Pat Gelsinger blamed it on the kind of inventory adjustment that only hits once in a decade, although Intel also admitted to errors of its own.

Sega is adapting two of its cult-classic titles into films