The compact SUV has been given a minor update to celebrate its 50,000-unit production milestone.

It’s been just 17 months since the Renault Kiger was launched in India. So why are we reviewing it again so soon? The answer actually lies in what Renault was able to achieve with its compact SUV in that short time span – a production milestone of 50,000 units from its plant in Chennai. Now, a chunk of those will have been exported to other markets; the Kiger is sold in South Africa, East Africa, Indonesia, Seychelles, Mauritius, Nepal, Bhutan and Brunei, but it’s an impressive feat nonetheless.

We are driving this 2022 Renault Kiger to celebrate that production milestone. The model, however, is also in keeping with the brand’s strategy of injecting each of its models with incremental updates each year to keep things fresh, adding the odd new trim level, design element or feature every now and then.

The updates are subtle, of course; this is no facelift. You’ll find a new brushed silver scuff plate under the front bumper, a strip of chrome on the tailgate, black door handles and red hubcaps with the Renault logo in chrome on the 15-inch alloy wheels. 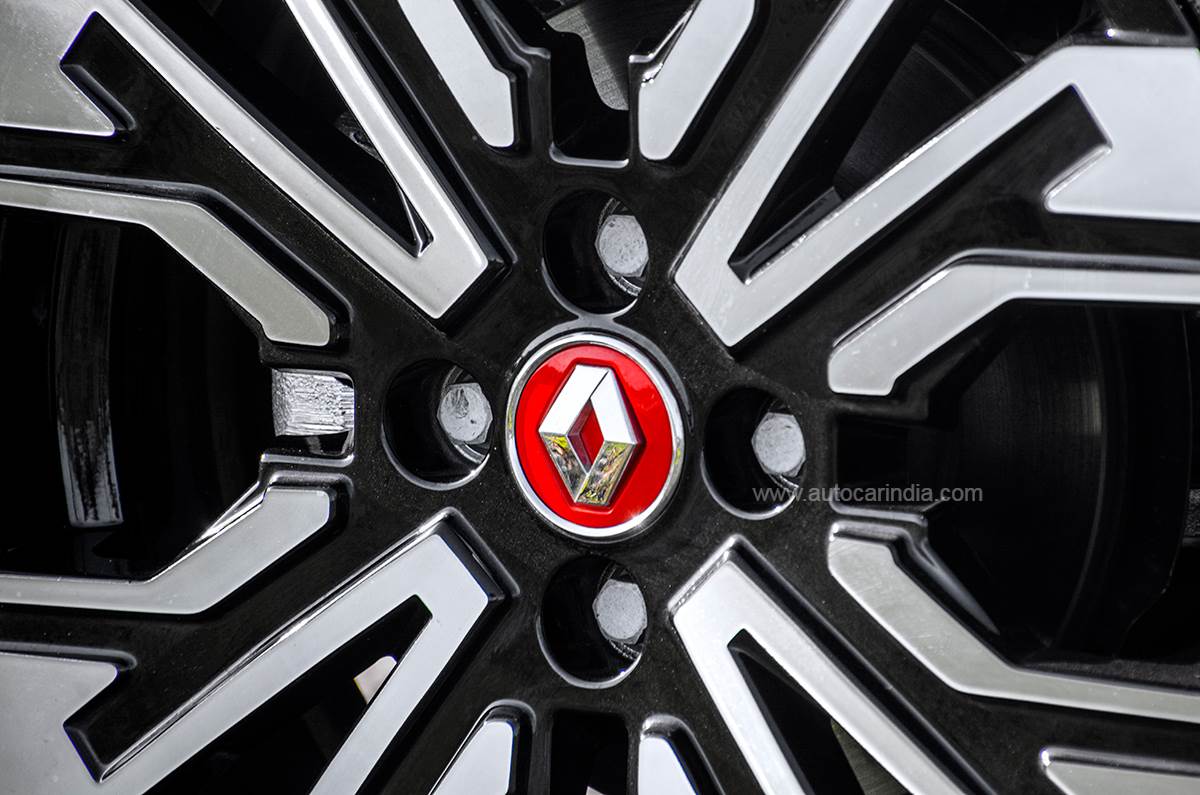 There’s also a new Stealth Black paint shade option, but the change that might hold the most appeal to buyers is the word ‘Turbo’ printed large on the side cladding, giving some much needed visual differentiation for the more powerful engine option. 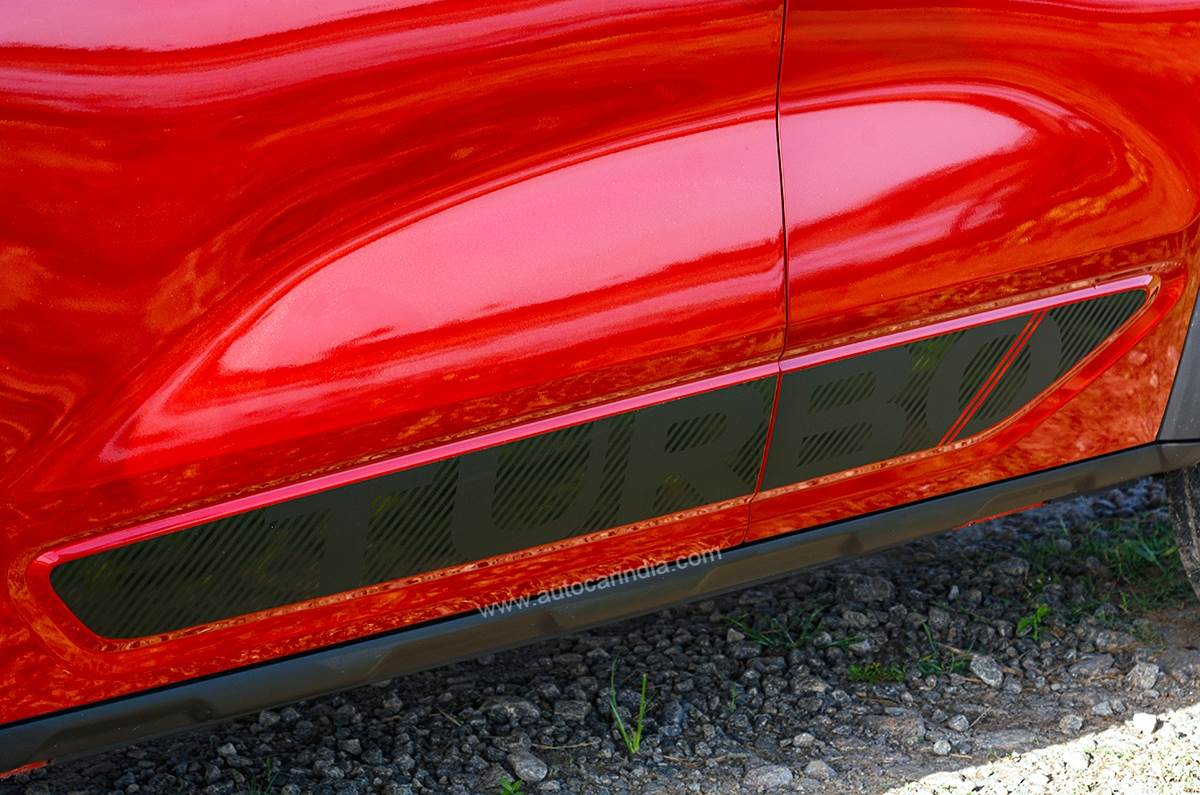 Inside, things get a subtle but sporty makeover, with red stitching on the seats, steering wheel, gear lever boot and centre armrest. The plastic trim running across the dashboard is a far more interesting colour – a gradient of black to red as it reaches the passenger side. Oddly enough, for all the red accessorising, the floor mats are still trimmed in blue. 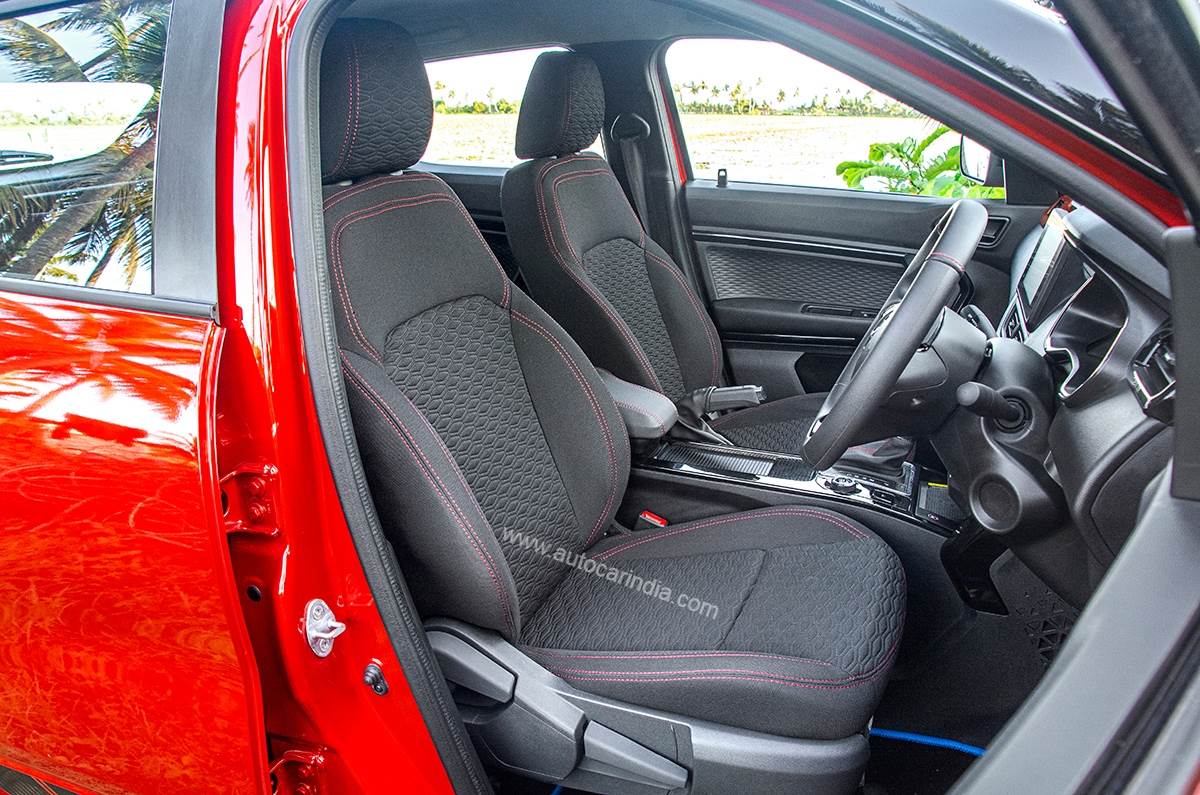 This remains a superbly equipped car for its price, and here too there has been an improvement. The wireless phone charger, previously part of an option pack, is now a feature on top-spec variants, the PM2.5 air filter is now standard across the range, and now, there is also cruise control. In fact, the engine start button has been shifted slightly to the left to accommodate the cruise control switch, and there are additional controls for this on the steering wheel.

Renault maintains there have been no mechanical changes with this 2022 model, but we did notice subtle differences to the way it drove. This is more likely down to refinements made to the model shortly after its 2021 launch, as the first test cars we drove were pre-production models. Today, we are driving the 1.0 Turbo CVT – which is the best version of the Kiger – and serves up a good blend of convenience and performance. 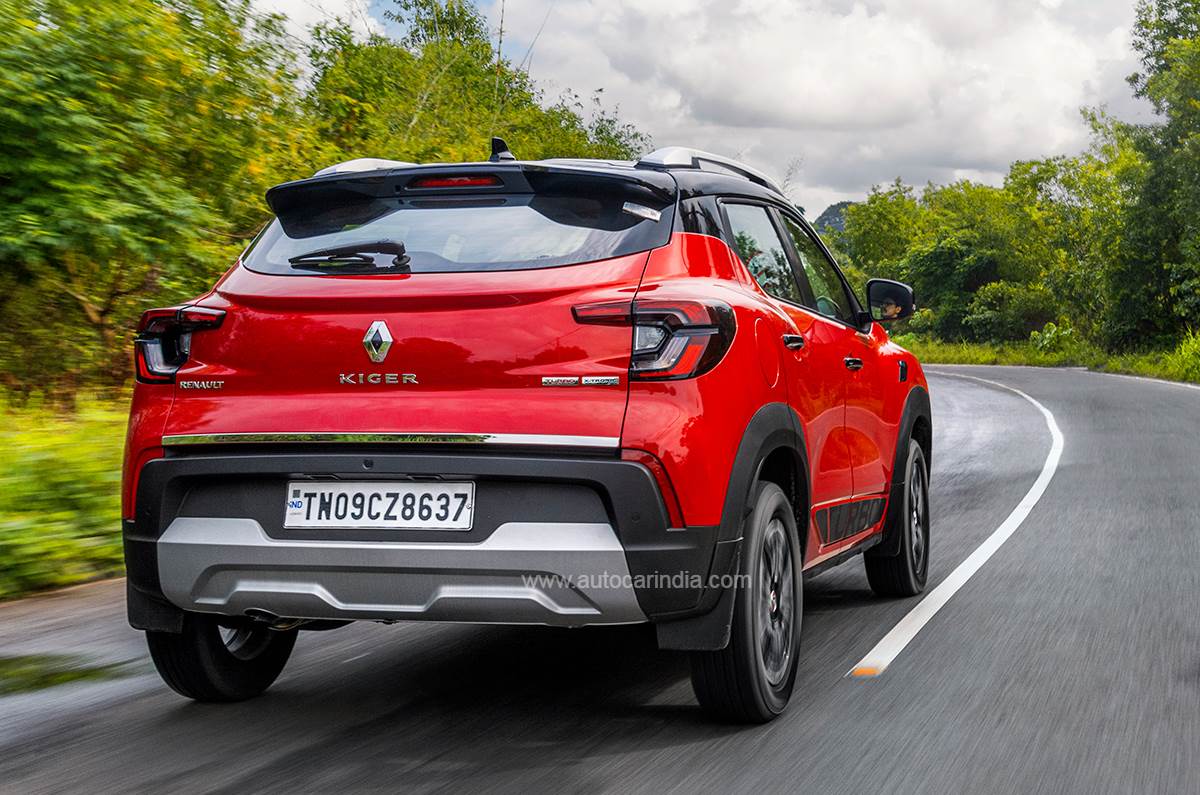 There’s been a slight improvement to engine NVH levels since the original car, with vibrations in particular being tempered a bit, particularly at idle. The key word there, however, is ‘slight’ as it is still an engine you’ll hear a lot of inside the cabin. The CVT auto remains a highlight, with its smooth shifts helping to iron out the engine’s turbo lag. And provided you are measured with your throttle inputs, you can enjoy the surprisingly entertaining performance from the 100hp, 152Nm engine. 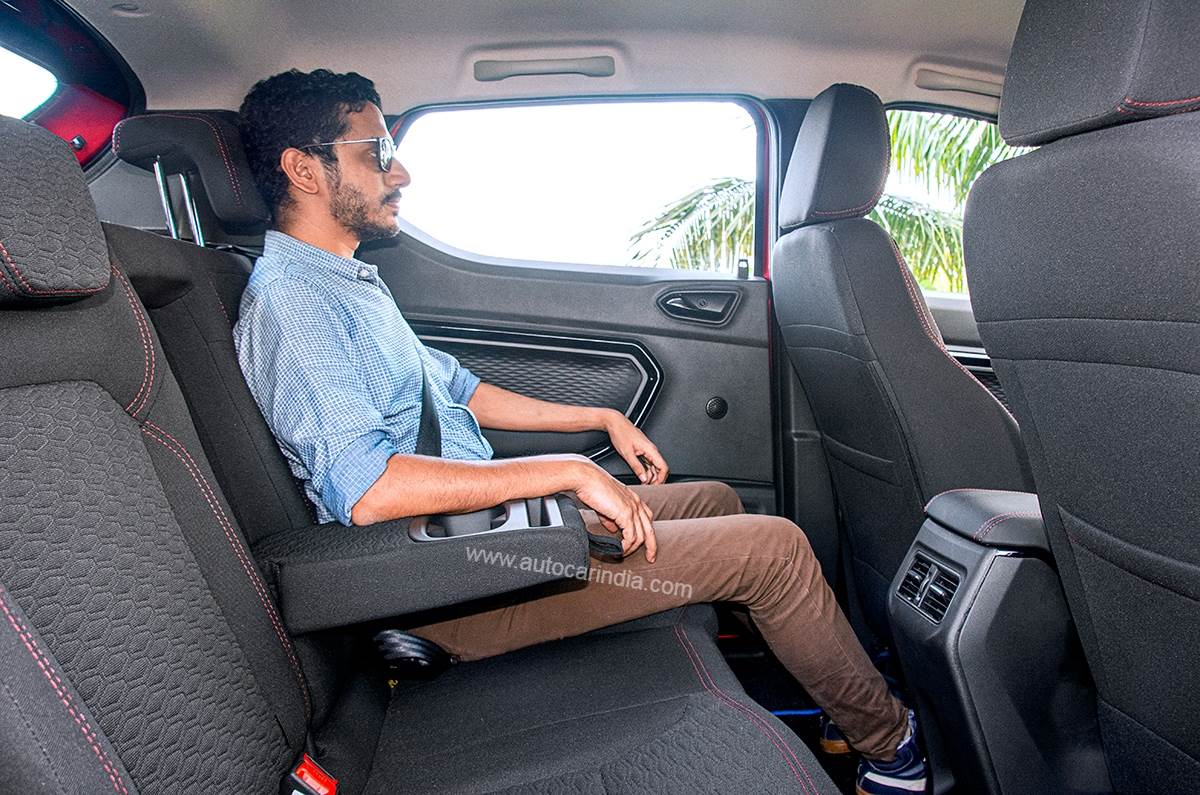 There’s a subtle improvement in ride quality too, with the suspension not feeling quite as clunky or brittle over sharp bumps now. The Kiger’s tidy body control remains, and though the slow steering keeps it from being a sharp handler, it’s very easy to manoeuvre at low speeds.

Whether this strategy of incremental updates is a good one remains to be seen – it always gives buyers something fresh, but also immediately dates the previous model. 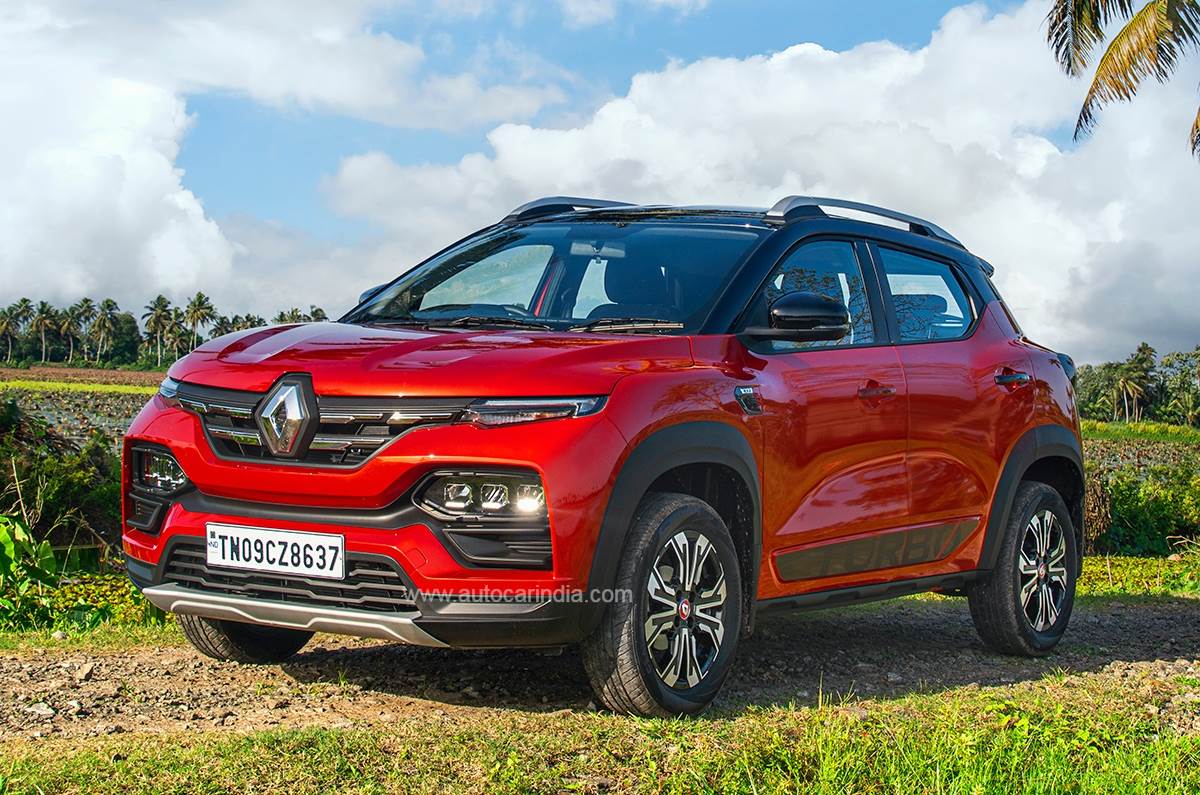 With just these few changes, the overall prospect of the Renault Kiger hasn’t changed, and it remains a good looking, spacious, practical and well-equipped compact crossover. With prices ranging from Rs 5.99 lakh-10.62 lakh (ex-showroom, Delhi) – an increase of only Rs 5,000 – it continues to be excellent value too.

Karan Johar To Do A Tell-All With Aamir Khan Regarding Bollywood & His Relations With Ex-Wife Kiran Rao & Reena Dutta?