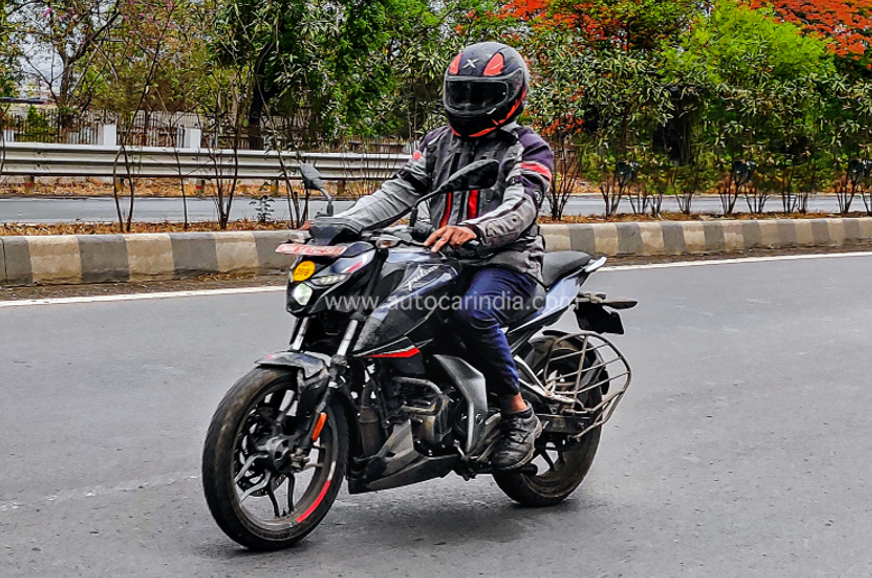 The new Pulsar bears close resemblance to the Pulsar N250.

Bajaj Auto has been spotted testing a new motorcycle, and it is possible that it could be the new Pulsar N160. Fresh images of the test bike, with barely any camouflage, reveal more details.

Firstly, the design is heavily inspired by the Pulsar N250. The new bike features a similar projector light, LED daytime running lamps and cowl. The fuel tank, tank extensions and tail section also appear to be the same. In a previous spy shot too, we had noticed that the tail-light is the same as the N250. Even the wheels and the box-section swingarm appear to be taken from the Pulsar N250’s parts bin.

Moving on, the test bike we spotted had an air-cooled engine with an underbelly exhaust. However, it is unclear whether the engine has an oil-cooler as well. Upon closer inspection, we can see that the engine casings aren’t the same as on the current NS160. It could either be that Bajaj has carried forward the current NS160’s oil-cooled engine with a few tweaks, or it may have developed a new engine in the 160cc range.

Either way, it is only a matter of time before all details are revealed when the bike goes on sale in a few weeks.

If the new bike is the Pulsar N160, its rivals would include the TVS Apache 160 4V and Yamaha FZ.

“He Did Hit Me Twice, Once He Banged My Head Against The Door”