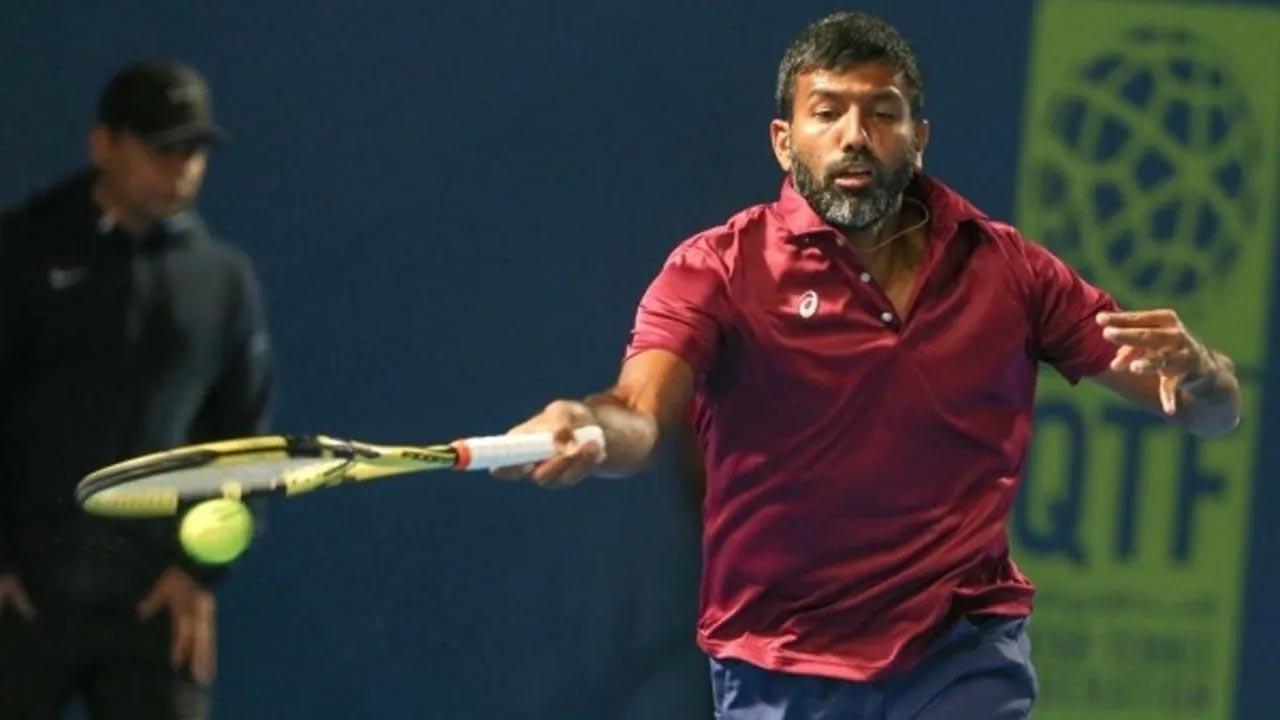 The All Indian Tennis Association (AITA) has made it clear that it is disappointed at the recent turn of events after Rohan Bopanna slammed the federation for playing with the careers of players and even termed the federation `incompetent`. The federation also made its displeasure known after Bopanna made a recording of a phone call with AITA Secretary-General Anil Dhupar public.

In fact, Dhupar had condemned the “inappropriate and misleading” statements from tennis players Rohan Bopanna and Sania Mirza on Monday after Sania said that the team sacrificed a very good shot at a medal in the mixed doubles category in the Tokyo Olympics if Bopanna`s claim were indeed true.

In a statement, AITA said: “The AITA wishes to put on record its deep disappointment and unhappiness at the unsavoury controversy that has been needlessly generated due to some irresponsible tweets by some leading and respected players of India. It is felt important that the air is cleared at the earliest so that this completely avoidable controversy is not fuelled any further by individuals or groups who appear to have their vested interests in creating rifts.

“At the outset, we wish to make it clear that selection of players eligible for participation in the Olympics is strictly as per the rules of the ITF and within the purview of ITF and AITA`s role is to facilitate with information as well as to make best efforts to ensure that no opportunities are missed.

“The AITA has issued a press release on 19th July where it has pointed out that twitter comments by some leading Indian players are inappropriate, misleading and it appears, without knowledge of the rules. They should have checked the rule book of ITF regarding qualifications. Rohan Bopanna and Divij Sharan, our Men`s Doubles nominated team, did not qualify as per ITF Rules, on the cut-off date of June 14, 2021.

“Rohan and Divij were fifth on alternate list on 14th June. Subsequently, the only possibility of this pair getting an entry would be based on withdrawals if any by July 16. And without qualifying, the question of Rohan Bopanna partnering Sania Mirza in Mixed Doubles did not arise. Fact of the matter is that India`s best Men`s Doubles entry was sent for Rohan Bopanna and Divij Sharan, which was the correct decision. However, they did not qualify as per ITF rules since their performance over the last two years did not fetch them a world ranking that was good enough to qualify.”

Elaborating further, AITA in the release said: “While our Men`s Doubles players` rankings were not good enough for direct qualification, the AITA still continued to make all possible efforts and correspondence to keep the possibilities alive. One of the main reasons why AITA continued to try for Rohan was that there would then be a possibility of Rohan and Sania partnering each other in Mixed Doubles.

“A detailed sequence of correspondence entered into between AITA and ITF on this specific matter of Men`s Doubles team is being attached to give an idea of the constant follow up with ITF. This is besides the numerous phone calls and talks with ITF executives. It is therefore extremely disappointing that some vested elements seek to create the impression that AITA was not trying enough to ensure that we got the entry in the Olympics, especially after the government had spent huge amounts through its TOPS scheme over the last years, to support the pair of Rohan Bopanna and Divij Sharan as Olympic medal hopes.”

AITA while providing the exchanges between AITA and the ITF, further said: “Only on 16th July, when Sumit Nagal unexpectedly got a chance in Singles due to withdrawals, we saw a glimmer of hope, of a possibility of Sumit being able to partner with Rohan, since singles players having direct entry in Singles draw, were being given some preference in Men`s doubles, based on their Singles ranking.

“We asked ITF whether the singles entry of Sumit Nagal, will suffice to pair with Rohan Bopanna for an entry into Men`s Doubles. Unfortunately ITF informed us that this cannot be done at this stage because of various reasons and rules, including possibility of changing nomination only in case of injury/illness/exceptional circumstances. ITF added that even if it is done, the pair would still not qualify. Rohan with Sumit would be at third alternate pair.

“We at AITA tried to help our players with all combinations but they failed to make the cut based on rankings. Is this something that is so difficult for a person of Bopanna`s experience to understand? And is Rohan Bopanna suggesting that we should have entered his name with Sumit Nagal one month ago, when Sumit`s ranking was in the 140s and Divij was at 78?

“And despite all this, Bopanna has sought to further complicate and confuse the matter and mislead his twitter followers and others across the country, by first making a recording of a phone call with the Secretary General, which, considering that the Secretary General was not aware of, can at best be considered a morally incorrect act, and then releasing it to the Press while suggesting inferences that were wrong.

“Is this the way a respected, senior player of this country wishes to interact with the National Federation? Also, may we ask Bopanna what was wrong if the Secretary General told him that he was waiting for some good news. This call was probably at the time when Sumit had secured a singles entry and the possibility of Rohan being able to partner him had emerged. Is it a crime to be optimistic? Why is Rohan trying to paint it as if the attempt was to mislead him and the country. What could be his motivation for doing something like this?

“The comments by Rohan Bopanna, who is a senior player are unwarranted and totally misleading. Even the comments of Sania Mirza are most inappropriate, because there was no possibility of her being able to partner Rohan in the Mixed Doubles event till he qualified. Ranking of Rohan with Divij or Sumit Nagal were not good enough for qualification. So how did we we lose an opportunity to win medals either in men`s doubles or mixed doubles. This tweets and statements of Bopanna are condemned unequivocally by the AITA. Anyhow, with the qualification of Sumit Nagal, there is now the possibility of his being able to partner Sania Mirza in Mixed doubles for India if they make the cut-off.”

Denial of responsibility! My droll is an automatic aggregator of the all world’s media. In each content, the hyperlink to the primary source is specified. All trademarks belong to their rightful owners, all materials to their authors. If you are the owner of the content and do not want us to publish your materials, please contact us by email – admin@mydroll.com. The content will be deleted within 24 hours.
All Indian Tennis AssociationRohan Bopannasania mirzasports newsTennis NewsTokyo Olympic GamesTokyo OlympicsTokyo Olympics 2020
0
Share