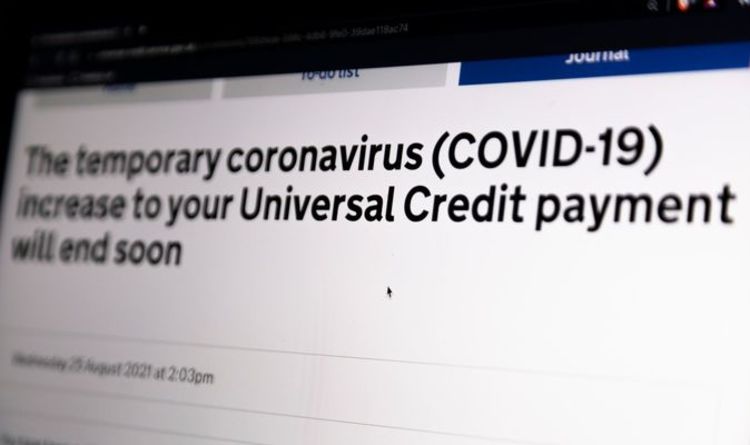 New research from the Health Foundation shows the scrap of the Universal Credit (UC) uplift will hit the sickest areas of the UK the hardest. The Government will scrap the benefit boost on October 6 following 19 months of an extra £20 per week for claimants, brought in at the beginning of the coronavirus pandemic.

UC claimants are about to lose more than £1,000 per year in the cut.

The poorest and illest households in the UK are likely to be hit hard by the change, according to new analysis.

The independent charity is warning it will lead to poorer mental health and wellbeing for thousands of families, and will have the “greatest impact” on those who are already suffering.

Some of the worst suffering areas in the country are predicted by the foundation to be the worst hit.

Blackpool, Wolverhampton, Peterborough and parts of east London, which are already suffering from some of the worst health outcomes in the country, are expected to be the most affected.

Areas with low life expectancy tend to have a higher proportion of people receiving Universal Credit or Working Tax Credit.

Those living in the 10 percent of areas with the highest share of Universal Credit claimants can on average expect to live to 59.8 years in good health – 7.8 fewer years than those in areas with the lowest number of recipients.

This means that areas that those who already have the lowest healthy life expectancy will experience a greater overall reduction in income when the uplift ends in October, potentially making existing inequalities worse.

The link between income and health is no mystery, with low incomes being one of the leading causes of stress.

The number of people claiming Universal Credit has risen during the pandemic, reflecting the harsh economic situation the UK has faced since March 2020.

Jo Bibby, Director of Health at the Health Foundation, said: “The unequal impact of the pandemic on the poorest – in terms of more deaths from COVID-19 and falling family finances – reflects both long-standing inequalities and a failure to prioritise support for the most vulnerable in our society.

“A cut to Universal Credit would be a step backwards and an indication that the government has not learned from mistakes of the recovery from the financial crisis.

“The pandemic is not yet over and if we are to avoid long-term scars, it is vital that we maintain this support on which so many families rely.”

Ms Bibby urged the Chancellor Rishi Sunak to rethink his decision to end the uplift.

She continued: “The Chancellor must seriously consider the inextricable link between people’s income and their health in making this decision.”

“A recovery led by investment in people and communities – in health, housing, skills and education – along with a safety net to protect the most vulnerable, will pay dividends for the nation’s health and prosperity in the longer term.

“Without a very serious attempt to improve the health of the nation, damaged not just by the pandemic but also, by the response to the 2008 financial crisis and structural economic change, “levelling up” will remain little more than a slogan.”

Indian economy: View: Why it’s time for India to give Modern Monetary Theory a…

Fantasy Kicker Rankings Week 4: Who to start, sit at kicker…

It takes Diego to tango too!