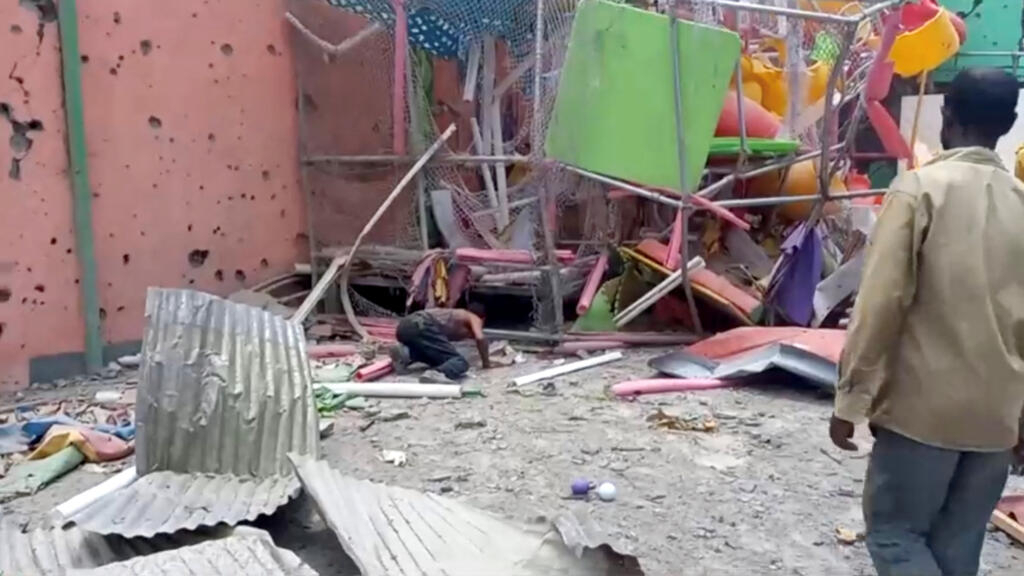 The UN children’s agency UNICEF on Saturday condemned an Ethiopian air strike that “hit a kindergarten” in the rebel-held Tigray region, killing at least four people including two children.

“Yet again, an escalation of violence in northern Ethiopia has caused children to pay the heaviest price. For almost two years, children and their families in the region have endured the agony of this conflict. It must end.”

The TPLF said the air strike, the first in many months on Tigray, demolished a kindergarten and hit a civilian residential area.

The government said only military sites were targeted and accused the TPLF of “dumping fake body bags in civilian areas” to maximise outrage.

Nine others were receiving treatment for injuries, he said.

Tigrai TV, a local network, said the death toll had reached seven and broadcast footage of mangled playground equipment and a brightly painted compound in ruins at the apparent scene of the strike.

The claims could not be independently verified as access to northern Ethiopia is severely restricted.

The EU condemned the strike and called for a peaceful settlement to the 21-month war.

“I urge again for the respect of International Humanitarian Law. Civilians are #NotATarget,” the EU commissioner for crisis management, Janez Lenarcic, said on Twitter.

In March, the UN said at least 304 civilians had been killed in airstrikes in the three months prior in northern Ethiopia.

The UN human rights office has warned that disproportionate attacks against non-military targets could amount to war crimes.

Ethiopia’s air force operates the only known military aircraft over the country’s skies.

A truce in March paused the worst of the bloodshed and allowed aid convoys to return slowly to Tigray, where the UN says millions are severely hungry, and fuel and medicine are in short supply.

But on Wednesday, the warring sides each accused the other of firing first as fresh offensives erupted along Tigray’s southern border.

The flare-up alarmed the international community, which has been pushing both sides to peacefully resolve the war in Africa’s second most populous nation.

The conflict has killed untold numbers, with widespread reports of atrocities including mass killings and sexual violence.