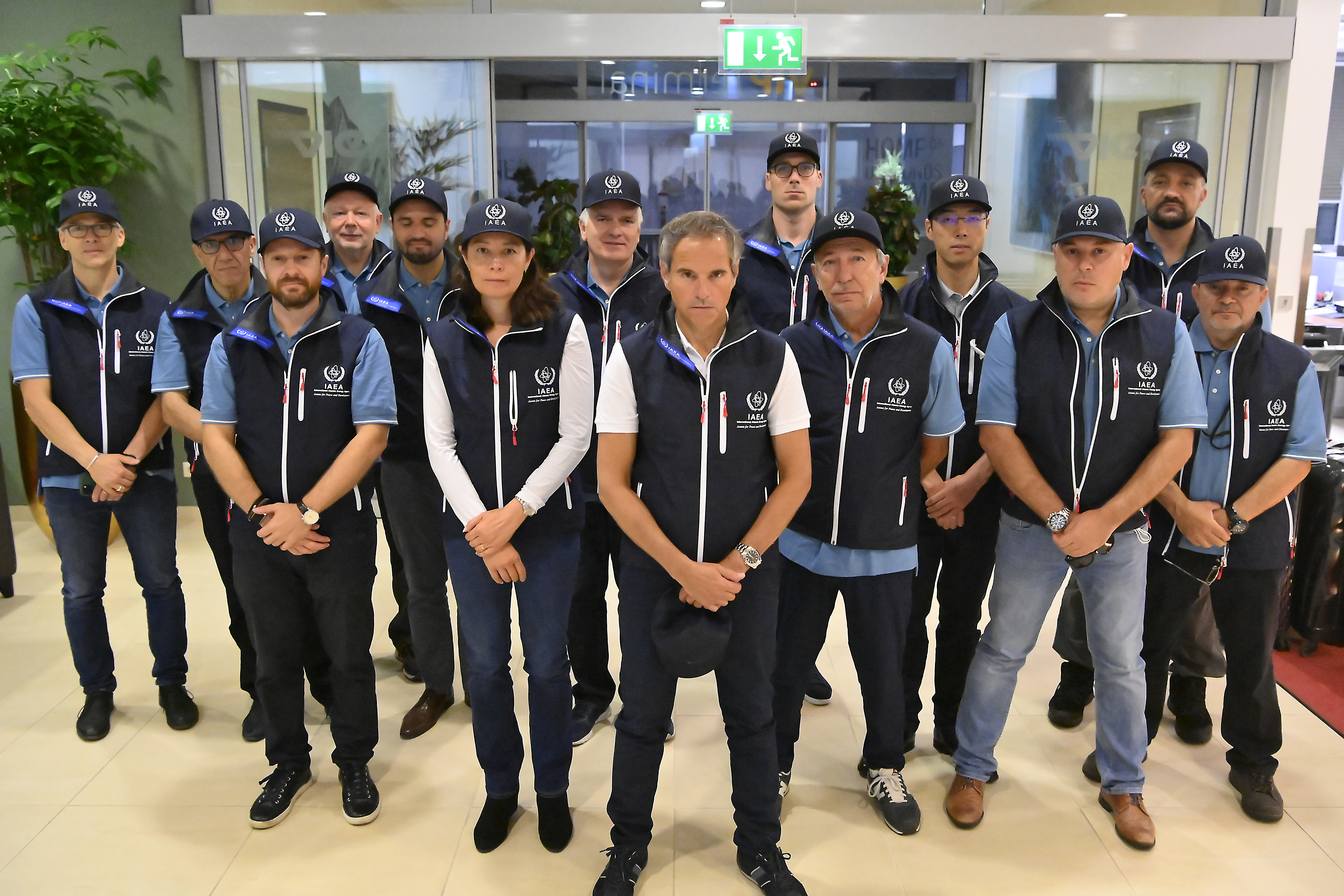 A team of UN atomic energy experts set out on Monday for Zaporizhzya nuclear power station in Ukraine, after months of rising tensions between Ukrainian and Russian forces, who have accused each other of shelling the plant.

In a tweet, Rafael Grossi, head of the International Atomic Energy Agency, IAEA said that he was proud to lead the agency’s Support & Assistance Mission to Zaporizhzya, which has been occupied by Russian forces since shortly after their invasion of Ukraine.

“The day has come…to protect the safety and security” of the plant,” which is Europe’s largest, Mr. Grossi wrote, his comments accompanying a photograph of himself and 13 other IAEA staff, ahead of their mission.

Once the IAEA team arrives in Zaporizhzya “later this week”, Mr. Grossi indicated that the experts’ priorities include carrying out damage assessments and evaluating whether safety and security systems remain functional.

Safety of plant and personnel a priority

Other urgent tasks also include checking on the welfare of the Ukrainian staff still running the plant, which houses six of the country’s 15 nuclear reactors.

In recent weeks and months, Mr. Grossi has issued repeated calls for access to Zaporizhzya, while also urging all military personnel to fall back from the plant, so that it cannot be deemed to be a target.

During a Security Councilmeeting prompted by the crisis earlier this month, the IAEA Director-General said that “time is of the essence”, given the uncertainty of the situation and the massive potential threat of a nuclear accident.

Information received from Ukraine and Russia about the status of the facility had been “contradictory”, the IAEA noted at the time, regarding its operation and damage sustained.

Only an in-person official visit to Zaporizhzya would make it possible to corroborate these assessments, Mr. Grossi said, adding that IAEA experts also needed “to verify the status of the reactors and inventories of nuclear material to ensure non-diversion from peaceful use”.

In a related development, the UN-led initiative to secure exports of Ukrainian grain and other foodstuffs from the country’s ports reported that around 1.25 million metric tonnes have now been shipped.

Sunday’s update from the Joint Coordination Centre (JCC) – involving Ukraine, Russia, Türkiye and the UN – reported that a total of 114 voyages have been enabled so far (62 inbound and 52 outbound), since the agreement was signed on 27 July in Istanbul.

Three commercial vessels were authorized to move on Monday with more than 70,000 tonnes of foodstuffs on board.

They included the “Karteria”, departing from Yuhzny/Pivdennyi and heading to Türkiye, with 37,500 metric tons of wheat.

“This grain is purchased by the World Food Programme (WFP),” the JCC noted. “It will be milled to flour in Türkiye and it will then be loaded onto a new ship that will head to Yemen.”

A second ship, the “Peace M”, was due to sail from Odesa to Constanta, Romania, with 24,485 tonnes of corn; a third, the “Ash Baltic”, was scheduled to leave from Odesa for El Dekhela, Egypt, with 11,000 tonnes of corn.

Why Walmart wants to buy out and delist Massmart