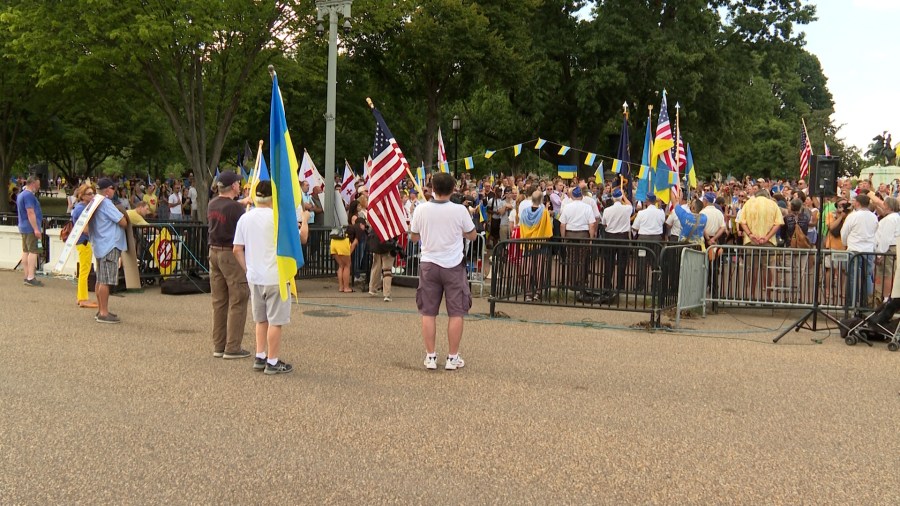 On Saturday hundreds gathered across from the White House to celebrate Ukraine’s Independence Day.

Even with war happening right now, Ukraine’s ambassador to the U.S., Oksana Markarova called it a celebration.

“Because we will do what Russians do not want us to do. We will win we will survive, we will celebrate and we will always exist,” Markarova said.

Some refugees have settled in the D.C. area.

“I wanted everyone to know that the Ukrainian war is the whole world against fascism,” said Georgeiy Melchuk, who fled Ukraine three months ago.

“We can do more, we can do better, we can do more efficiently and much faster,” Bayduk said. “The aid is needed. It’s needed now, not tomorrow, not the day after tomorrow.”

Six months into this war, Ukrainians are optimistic.

“Everyone knows that we will not surrender. So our message is different today,” Markarova said. “And it’s the only message that any Ukrainian can have in our hearts and minds: We will win.

How K-pop apps like WeVerse, Universe, Lysn, and Bubble work

Audi to join Formula 1 with car running on synthetic fuel