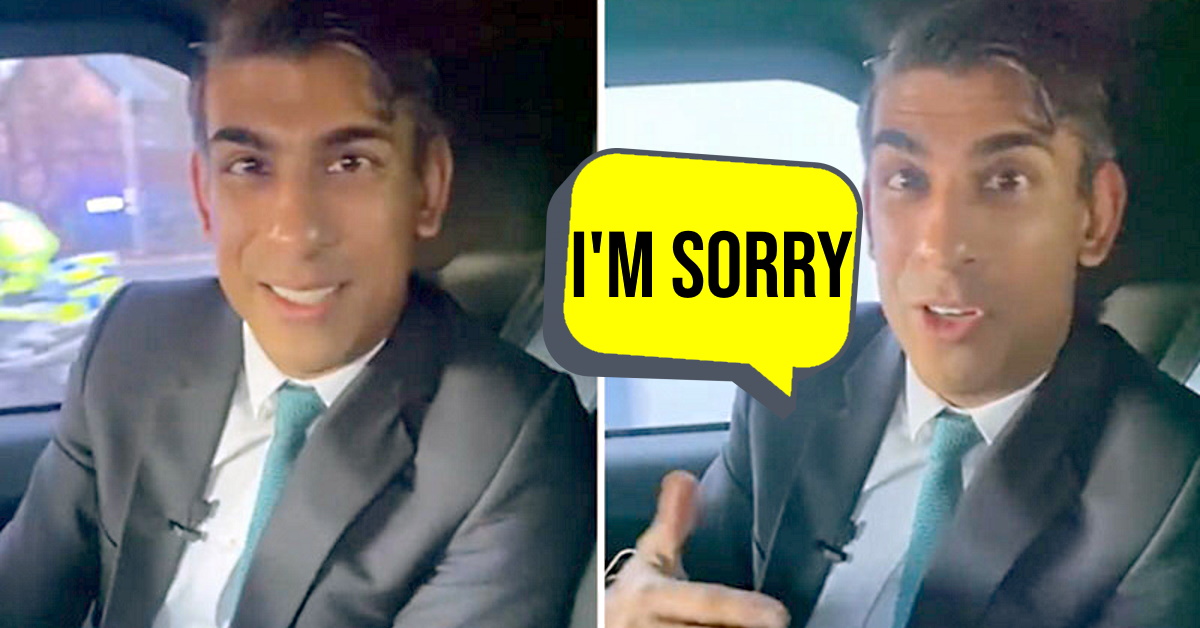 Everybody is aware of the importance of wearing seatbelts while driving or sitting as a passenger in a four-wheeler. Although not everyone obeys this rule and even the most important people in the world sometimes neglect this safety protocol. In the most recent act of this negligence, the recently elected Prime Minister of the United Kingdom and Leader of the Conservative Party Rishi Sunak was caught traveling in his car without wearing a seatbelt.

Rishi Sunak has apologised for making a “brief error of judgement” after being caught on video not wearing a seatbelt.

The Prime Minister was seen talking in a video clip that was shared on Instagram where he was promoting a leveling-up funding scheme in Lancashire – a non-metropolitan county in North West England. The only problem with this video was that the Prime Minister was not wearing a seatbelt. Taking note of this, numerous publications and people on social media started criticizing the leader and left numerous comments on this act of negligence.

Following this an official spokesperson from Downing Street the official residences and offices of the Prime Minister of the United Kingdom and the Chancellor of the Exchequer. Situated off Whitehall issued a statement. The statement said, “That was a brief error of judgement. The PM removed his seatbelt to film a small clip. He fully accepts this was a mistake and apologises about it.” The spokesman further added, “The prime minister believes everyone should wear a seatbelt.”

The is act from the Prime Minister of the UK caused a massive controversy as an average person in the UK if caught without his seatbelts on can receive a fine up to £500. In the United Kingdoms only in few cases not wearing a seatbelt is exempted. These include situations where the automobile is being utilized for verified medical issues, police, fire, and rescue services.

We should all remember that seatbelt is one of the most important safety measure present in a car. And no matter who the person is they should always wear it. It in critical moments of accidents or mishaps these can save lives. The most recent example of this negligence was the sudden demise of industrialist former Tata Sons chairman Cyrus Mistry. The business tycoon was reported to be not wearing the seatbelt at the time of his accident. Follwoing his death the WHO organized a study regarding the seatbelt situation in India and the results were shocking to say the least.

According to a WHO research titled “Road Accidents in India 2021,” out of the 19,811 persons engaged in road accidents involving four-wheelers, 16,397 died, mostly as a result of not using seat belts. 7,965 of those who perished were passengers, while 8,438 were the persons who died behind the wheel. Around 3,863 of those who perished in this incident have been recorded from Uttar Pradesh, with Madhya Pradesh (1,737) and Rajasthan following (1,370).

Neeru Bajwa Breaks Silence On Marrying Harry Jawandha, “The First Time I Saw Him I Knew…”

Best places to eat in Cheltenham