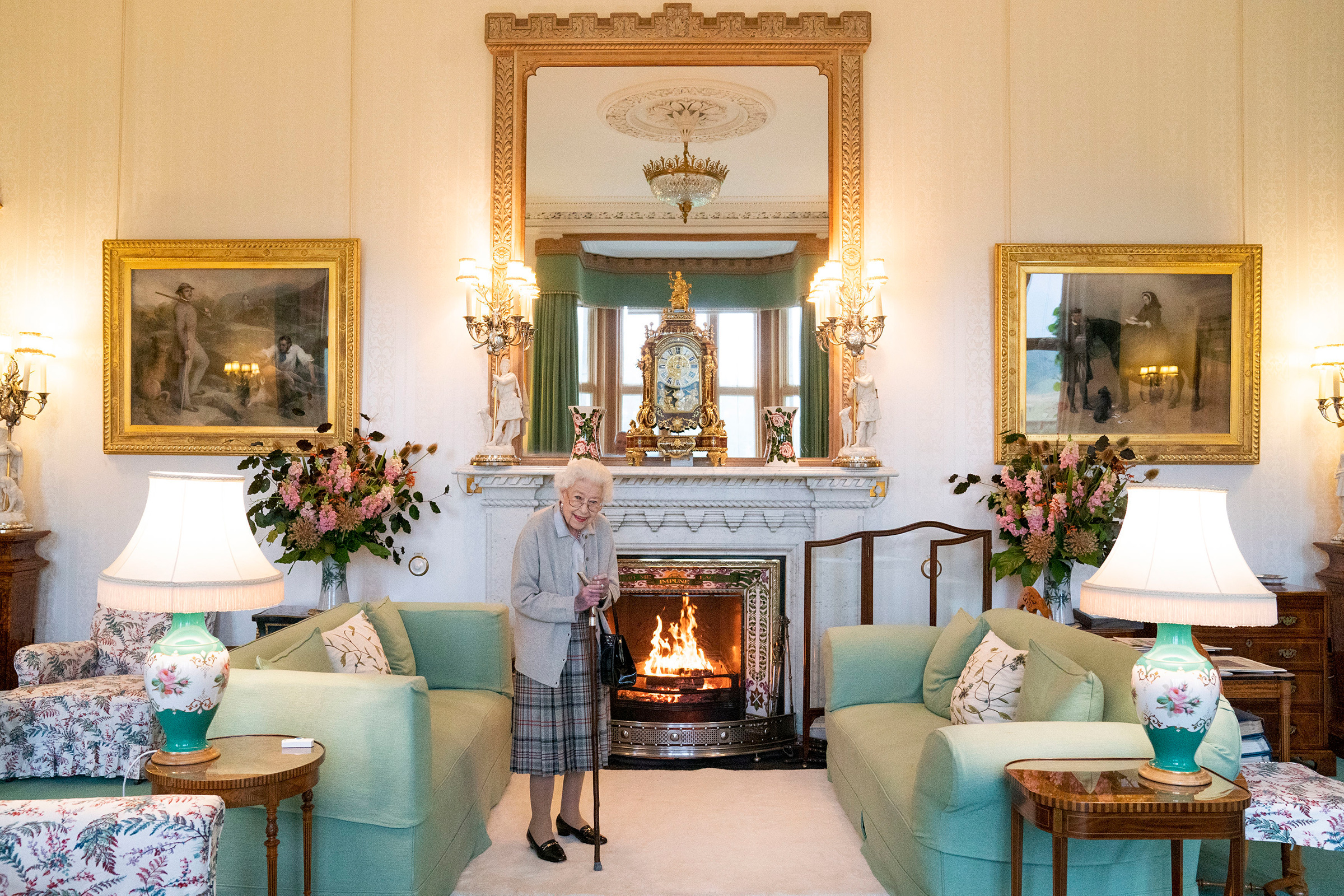 The soft rain blanketing Edinburgh’s Holyrood Palace did little to deter stunned mourners gathered outside Thursday evening, as one constant of British life appeared to pay its own solemn tribute to the ultimate: Queen Elizabeth II, who died earlier in the afternoon at her Scottish country estate of Balmoral aged 96, drawing the curtain on a remarkable reign that lasted seven decades.

“I feel numb. She was amazing, so selfless, and such a servant to her people,” says Wendy Green, 45, who came to Holyrood—the Queen’s official residence in the Scottish capital, over which the national flag flew at half-mast—to pay her respects. “We will never have another quite like her.”

The passing of Britain’s longest-reigning monarch has left a nation stunned. The BBC suspended all programming for breaking news updates in the lead up to the announcement at 6:30 pm of Queen Elizabeth II’s passing, which was received across the U.K. with tears and hushed tones in homes and pubs thronged with after-office drinkers. Parish churches, chapels and cathedrals are being encouraged to toll their bells in remembrance and open for prayer or special services. Meanwhile, a flood of tributes have poured in from around the globe.

“She represents the whole history of the Europe that is our common home with our British friends, she has always given us stability and confidence, she has shown an immense amount of courage, and is a legend in my eyes,” said E.U. Commission president, Ursula von der Leyen.

“She seemed so timeless and so wonderful that I am afraid that we have come to believe, like children, she would just go on and on,” tweeted former British Prime Minister Boris Johnson, who last saw the Queen on Tuesday to tender his resignation.

The Queen’s health has been monitored increasingly intensively as her age advanced. The royal household has its own dedicated team of medics on call 24 hours a day. She had ongoing mobility issues that led her to cancel attending the Braemar Highland Gathering on Saturday with Prince Charles—now King Charles III—stepping in instead.

Read More: How Queen Elizabeth II Showed Why Britain Still Has a Monarchy

The Queen used a walking stick during her last official engagement on Tuesday to receive new British Prime Minister Liz Truss, a duty that would normally have taken place at Buckingham Palace in London but instead took place in Scotland. Still, the Queen looked bright but frail at the time and few expected the hurried gathering of senior royals at Balmoral just two days later—including Prince Harry and Prince William, although Meghan Markle and Kate Middleton stayed behind—that signaled the worst.

Britain’s Queen Elizabeth II waits in the Drawing Room before receiving Liz Truss for an audience at Balmoral, where Truss was be invited to become Prime Minister and form a new government, in Aberdeenshire, Scotland, on Sept. 6, 2022.

Her death in Scotland has triggered a meticulously prearranged plan codenamed Operation Unicorn. (Had she passed south of the border, it would have been Operation London Bridge.) The Queen’s remains are expected to be taken to Holyrood to rest before her coffin is carried to St Giles’ Cathedral on the city’s Royal Mile and later to London by Royal Train.

A 10-day mourning period will then end with the day of the Queen’s funeral at Westminster Abbey, during which Parliament will be prorogued. Tens of thousands are expected to descend from all over the world to pay their respects, adding to huge crowds of every age and ethnicity that have already gathered at royal residences across the U.K. to leave flowers and mementos. On Thursday evening, a somber crowd gathered outside Buckingham Palace broke into God Save the Queen and, for the new monarch, God Save the King.” Many mourners speaking to TIME cited the unifying power of the Queen during a period of recent political and social upheaval, from the pandemic to Brexit to Russia’s war in Ukraine. “I just feel like the world is crumbling around me now. It’s just a terrible loss,” Louise Cabral told TIME outside of Buckingham Palace. “A lot is happening at the moment and this is just a really devastating thing to add to it all.”

“You can’t actually quite imagine her not being there,” added Sally Cherry, a tourist from Australia, of which Elizabeth remained sovereign and is one of 64 Commonwealth nations of former British colonies. “She’s just been there for so long and [was] such a part of my parents’ lives. We’ve only known one monarch, so quite extraordinary. I don’t think you’ll see a reign like that again.”

When Elizabeth ascended the throne, the U.K. was the seat of a sprawling empire upon which it was said the sun never set. She leaves behind a more complex legacy in many of those countries; at her passing, she remained sovereign of 15 nations. Her reign spanned 14 U.S. Presidents and 15 British Prime Ministers, and it was fitting for many that she passed in Scotland, where she always displayed a deep affection.

Balmoral has been a residence of the British Royal Family since 1852 and the Queen regularly spent her summer vacations there. Shortly after her Coronation at Westminster Abbey in 1953, the Queen and Prince Philip spent a week in Scotland.

“The locals around Balmoral saw her as their neighbor, often bumping into her on walks or in the village,” says Charlotte Cruickshank, 29, a planning coordinator who has a family home near to Balmoral. “She will be sadly missed.”

A person holds their phone with a screensaver of Queen Elizabeth II on Sept. 8, 2022 in London.

That said, it’s notable that Queen Elizabeth II was in fact only the first of that name to rule in Scotland. (Elizabeth I, daughter of Henry VII who herself reigned England for a then record-breaking 44 years between 1558 and 1603, was never in fact queen north of the border.) It’s a distinction that is often missed, infuriating Scottish nationalists, who would frequently deface objects marked “QEII” in Scotland such as Royal Mail post boxes.

Still, at a time when poor management of Brexit—the majority of Scots voted to stay in the E.U. in 2016—by Conservative governments has galvanized calls for Scottish independence, the Queen’s clear fondness for Scotland remained a unifying force.

“Her life was one of extraordinary dedication and service,” tweeted Scottish First Minister Nicola Sturgeon, a staunch independence advocate. “On behalf of the people of Scotland, I convey my deepest condolences to The King and the Royal Family.”

Contrasting with the now departed Queen’s stoic visage, and tremendous unifying strength, her successor Charles—who is expected to travel across the four nations of the U.K. in coming days for ceremonial duties—is a more forthright voice on social and especially environmental issues. It waits to be seen whether that activism proves divisive.

“The Queen had been reigning for so long that it will feel strange to see someone else in her place,” says Cruickshank. “Charles certainly has big boots to fill but I hope the general public will be behind him.”

—With reporting by Yasmeen Serhan/London