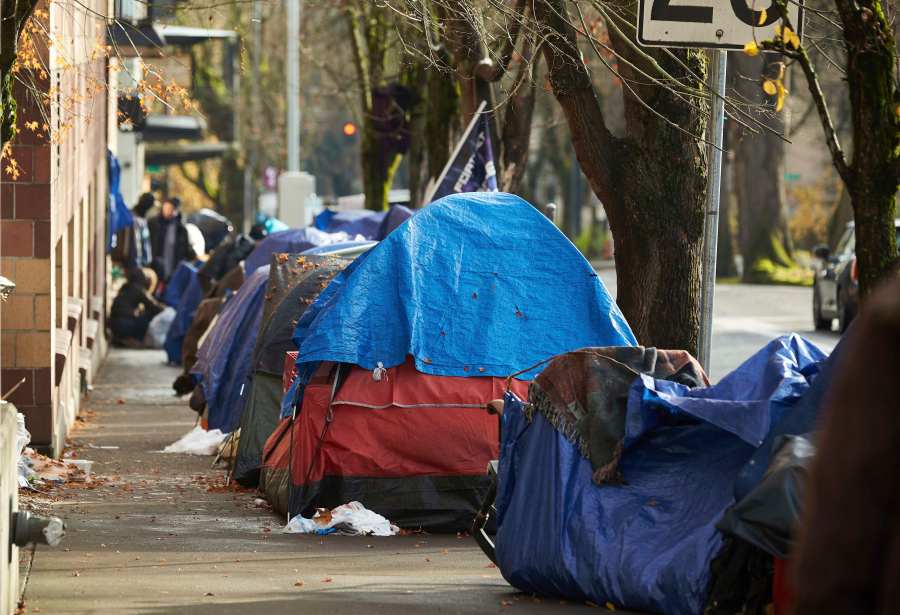 Ward 8 Councilman Mark Stonecipher will be proposing a trespassing and encampment ordinance this week. KFOR broke down the documents that include his plans.

The two new proposed ordinances would allow police to arrest unhoused people as it will radically tighten trespassing laws on both public and private property.

If people in homeless camps refuse to leave after a warning and citation from police, officers can arrest them for trespassing.

The encampment ordinance would ban types of homeless camping like tents and other temporary lodging.

The trespassing ordinance would tighten already in place trespassing laws by making it easier for police to arrest people who are on public property, buildings and schools.

“You have to have written permission to be on that property. Fines are $500 to $1,200 dollars and up to six months in jail… If those folks have that kind of money, they’d be in housing,” said Dan Straughan, executive director, Homeless Alliance.

“If you make sleeping outside illegal for them when they have no place else to go, there’s no possibility of them behaving legally. And that just feels and feels unfair,” said Straughan.

Straughan said the Homeless Alliance intends to push back.

“We’ll certainly address the council on Tuesday when the ordinance is submitted for consideration… It feels to me like perhaps the council should consult with those agencies that are doing that work every day to figure out the best way to do that. And the best way to do that is for the city to invest appropriately in street outreach services, case management services, mental health services, and most of all, in truly affordable housing,” said Straughan.

Straughan said on an average night in Oklahoma City there are about 1,400 people that experience homelessness. Across the eight homeless shelters in Oklahoma City, there are only 850 beds. So, 550 people have nowhere to go.

He also believes this would put more people in jail.

“If we really want to get people off the streets, the way to do that is not turn them into criminals, but to resource those programs that are working so that they can do more,” said Straughan.

The two new proposed ordinances are set to be introduced this Tuesday morning at the city council meeting.