Twitter is testing upvote and downvote buttons on tweets 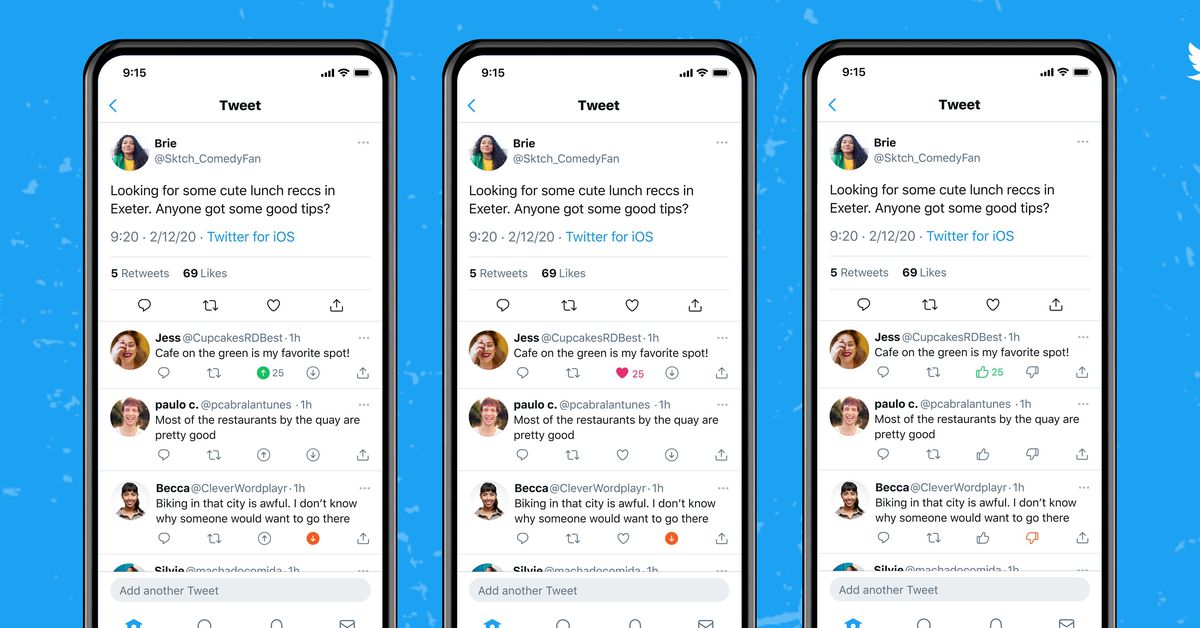 age of empires 4: Age of Empires 4 gets new gameplay…

Apple files required data with the EEC for the Apple Watch…

Twitter is working on new upvote and downvote reactions for tweets to accompany the usual options to retweet and reply. Twitter confirmed it was testing the feature for a small group of users on iOS, and it’s already been spotted according to multiple tweets from users that are part of the test group.

Twitter writes that iOS users may see upvote and downvotes in several different styles (up and down arrows, a heart icon and a down arrow, and thumbs up and thumbs down icons) and that it’s testing the feature to “understand the types of replies you find relevant in a convo, so we can work on ways to show more of them.” Currently votes are not public.

Some of you on iOS may see different options to up or down vote on replies. We’re testing this to understand the types of replies you find relevant in a convo, so we can work on ways to show more of them.

Your downvotes aren’t public, while your upvotes will be shown as likes. pic.twitter.com/hrBfrKQdcY

While Twitter hasn’t said if it plans to add up and down voting as a permanent feature (or how voting affects what you see in your feed), there are clear parallels to be drawn to Reddit, which features upvoting and downvoting as a way of surfacing a subreddit’s favorite replies, responses, and posts. Twitter says that for now though upvotes and downvotes don’t impact the order of tweets.

Twitter’s toyed with other kinds of tweet interactions in the past, including reactions that appeared to mimic the emoji reactions Facebook uses for Facebook posts and Messenger messages. Twitter’s product lead Kayvon Beykpour has also said that the company planned to work on dislikes last year, claiming the feature was one of Twitter’s many “top priorities” in response to a user’s tweet.

Path of Exile is nerfing everything, and players are unhappy – Destructoid

age of empires 4: Age of Empires 4 gets new gameplay trailers