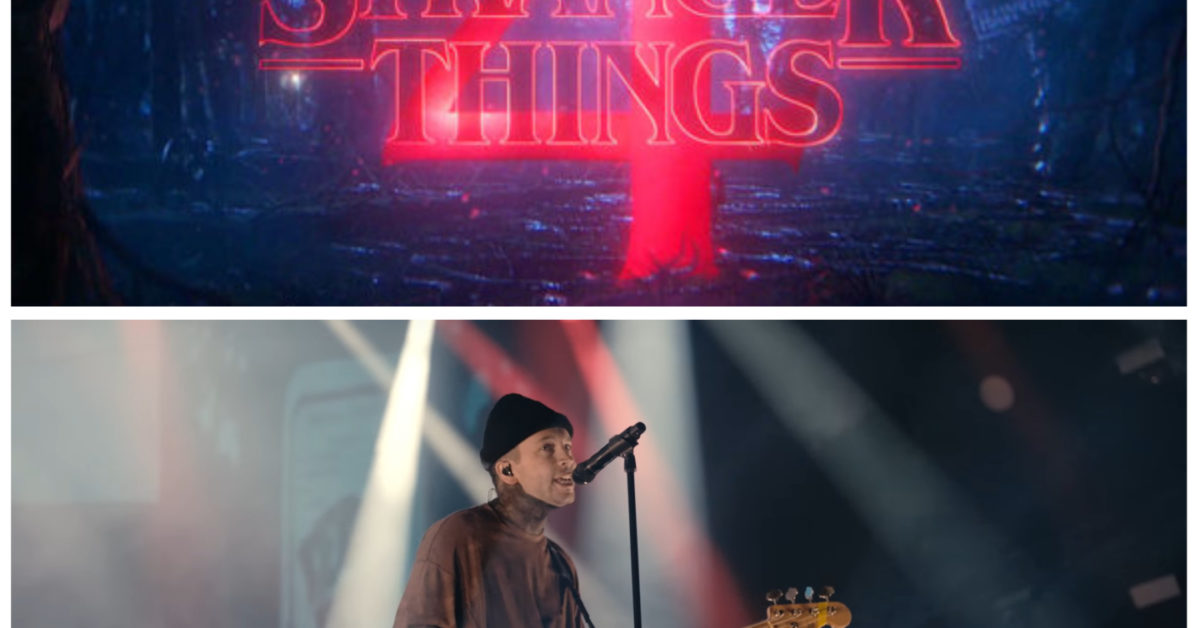 The incredibly popular band Twenty One Pilots recently took the stage in Romania at the Electric Castle festival and surprised many fans with an epic remix of their song “Heathens” that incorporated some Stranger Things. And let me just say… it works.

The energy and enthusiasm for the recent fourth season of Netflix’s Stranger Things continue to inspire fan art and remixes a-plenty, but a recent tribute from Twenty One Pilots may take the cake. The video of the concert performance of their “Heathens” remix with the series theme music mixed incredibly well, and the energy of the crowd was insane to witness on the screen. The video of the performance is included here:

Stranger Things clips mixed in with lighting effects as well as canons of fog smoke going off in time with drops in the song itself and movement of lead singer, Tyler Joseph. The same could be said of the intense and epic timing of Josh Dun’s drumming. The most poignant piece came at the beginning of the song as Vecna, played by Jamie Campbell Bower, can be heard taunting the audience with a monologue he has from the recent season. Just afterward, as things begin is when the quote, “Music has the power to save everyone,” displays in the middle behind Joseph and Dun.

and that was the end of our europe trip for festivals. romania gave us the perfect going away present. have us back. ψ pic.twitter.com/QZZfU5cM1K

While not a newer song of theirs, “Heathens” continues to be a bop years later and fits in so well with the beats in Stranger Things compared to the movie the song was initially used for, 2016’s Suicide Squad. As someone who has found a lot of personally life-saving music, it’s hard not to feel the power of this remix and the concert itself.  If this remix/collaboration between Netflix and Twenty One Pilots means anything…I hope it means more like that is headed our way.

The Joker won’t show up in Gotham Knights – Destructoid