Tuthill Porsche 911 K gets a famous name into restomod game 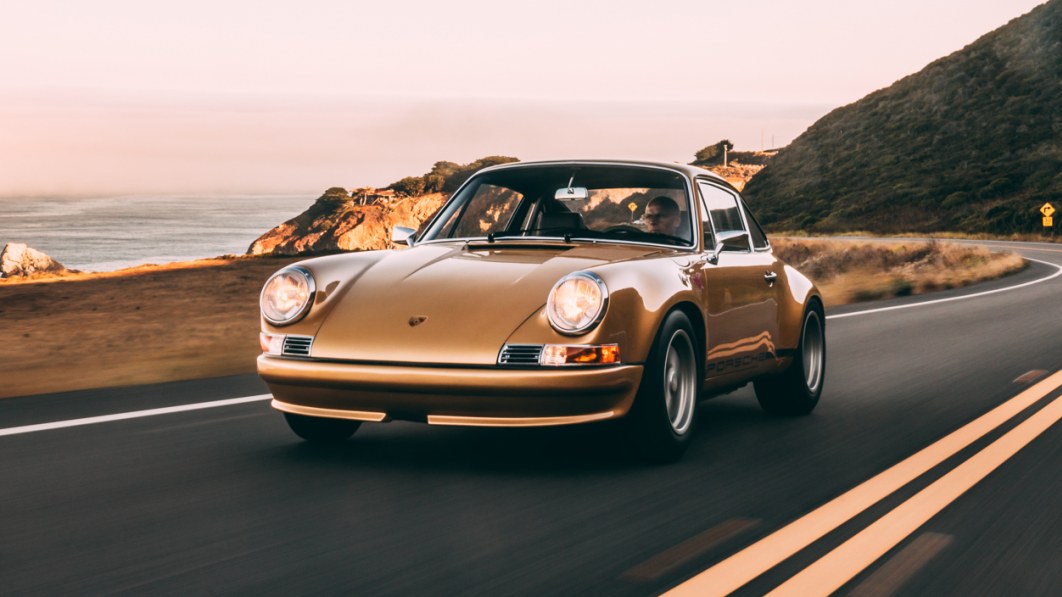 If you’re a Porsche fan looking for a 911 build with provenance, especially on the Safari 911 side, England’s Tuthill Porsche is one of the finest places to start. The outfit got its start more than 40 years ago when Dave Richards of ProDrive asked Frances Tuthill to repair his 911s after rallies. Fixing broken 911s acquainted the elder Tuthill with where Porsches broke. Soon, he began building rally 911s that rectified the weaknesses. Today, son Richard Tuthill runs the business with the same detail and acclaim as the father; that’s why when the notorious perfectionists at Singer wanted to do the All-terrain Competition Study, they went to Tuthill for help developing and building the cars. So perhaps it’s coincidence that just as Singer has gotten out of the Classic 911 restomod business, Tuthill is getting in with this, a coupe it calls the 911 K.

Tuthill hasn’t said much about details yet, so we’re not sure what the K stands for. There was a run of K-series Carreras from late 1977 to 1978, but they don’t possess the pre-Carrera look of the Tuthill car. We do know Tuthill didn’t revise a 964-generation for this effort, but used an earlier car. That would have given the development team a better baseline to fulfill the stated aim, which was to “build a simple, light car, beautifully presented but with the mechanical capability to take on anything that is currently out there, old or new.”

Just for kicks, let’s say Tuthill started with a 1973 911 S with a curb weight of 2,370 pounds. A bunch of pounds came off with the switch to carbon fiber body panels; the roof, doors, front and rear fenders, front and rear bumpers, trunk lid, engine cover, rear bulkhead, and seat wells are all woven. The 15-inch Fuchs-style wheels? Carbon. The brake rotors behind them? Carbon ceramic. Inside, weave has been fashioned into the instrument panel, RS-style steering wheel, seats, door cards, and handbrake lever. Where composites couldn’t be swapped in, lightweight metals did the trick. The torsion bars, anti-roll bars, half roll cage, and shift lever knob are titanium. The six-speed manual gearbox casing is magnesium, sitting on a carbon fiber crossmember. The greenhouse is filled with lightweight glass. The Porsche crest on the engine cover? Titanium. The crest in front? Lighter than titanium, because it’s painted on.

We’re not privy to output figures for the custom 3.1-liter, short-stroke, four-valve engine, but two specs makes us confident it performs. The first is that it has an 11,000-rpm redline. Oh yeah, it also breathes through a carbon intake plenum. The second spec is that the entire 911 K, with fluids, reportedly weighs 850 kilograms — a paltry 1,874 pounds, roughly 500 pounds less than a 2022 Mazda Miata. The Tuthill 911 K must go like stink and weigh about as much, maybe even a little less.

Naturally, the detailing is minimal, luxurious, and capable. Tuthill installed its own two-way adjustable suspension, competition pedal box and wiring harness, competition brake calipers, and custom oil tank. Having finished the first example and sent it to Monterey for its day in the overcast, the company is planning a small run, and successors could be even better. Tuthill said, “This one is for the drivers and quite honestly, I never imagined it could ever be what it has already become, and we’ve only just started.”

The Kapil Sharma Show To Come Back Without Krushna Abhishek? Comedian Won’t Be In The Show For A Rather Unexpected Reason

Are Hybrid Grapes the Future of Wine? | Science