Turn that old iPod wireless with these ingenious earbuds 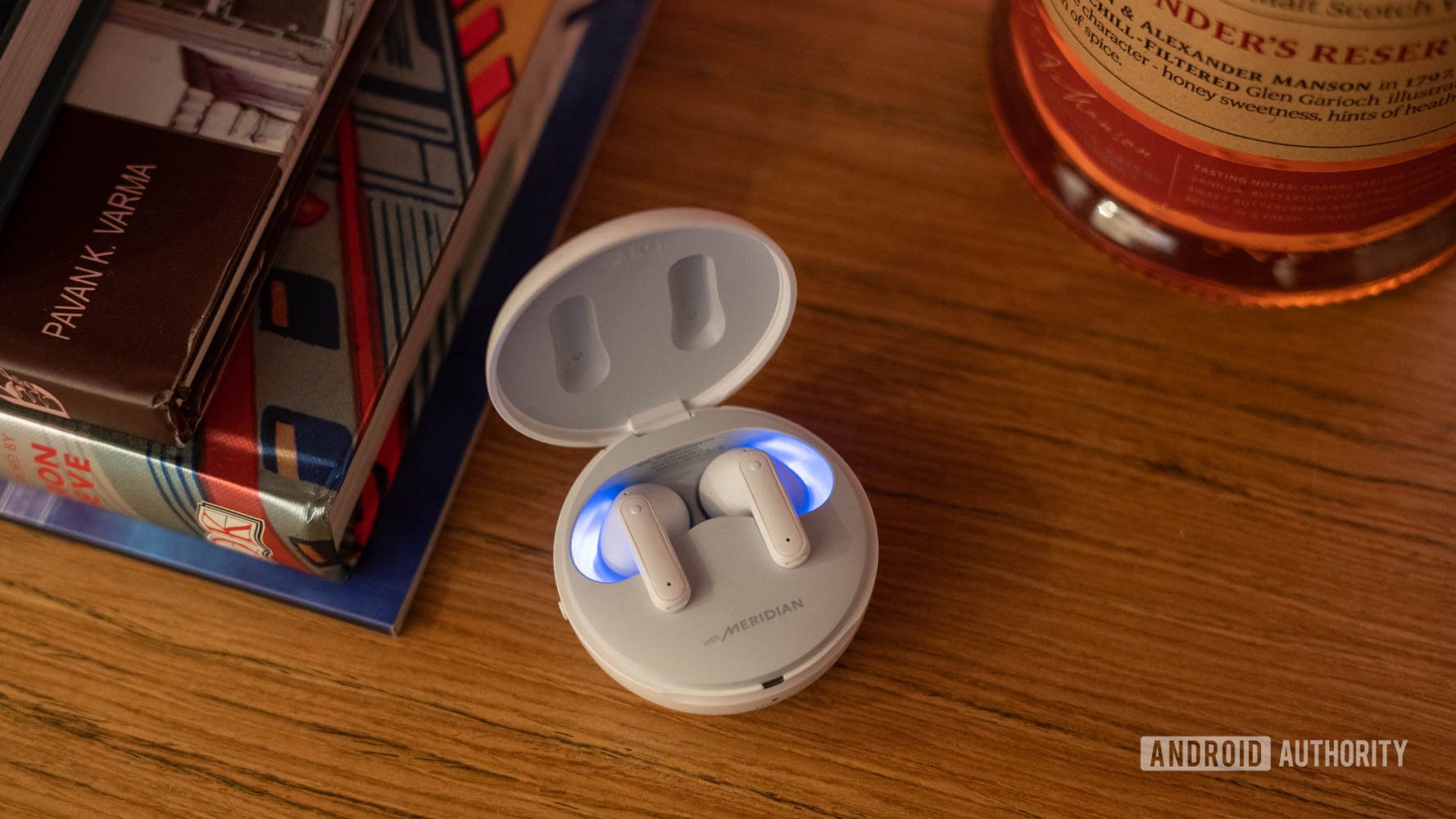 Audio input jacks are convenient. Sure, smartphones might have moved on from headphone jacks, but there’s a world of audio sources that depend on the connector. As an avid traveler, I usually plug my noise-cancelling headphones into the seat-back entertainment system on a flight. At home, the Meze 99 Classic plugged into the PlayStation 5’s DualSense controller is my go-to for immersive late-night gaming sessions. When I take out my iPod Nano for a run, it’s wired earphones that I rely on. And if I want to enjoy some records, I often plug a pair of headphones into the record player’s amplifier. The experience is robust, reliable and just works.

The LG Tone Free FP9 bridges the analog-digital divide by using the case as a transmitter.

The LG Tone Free FP9 differentiates itself in a crowded market segment with a range of innovative features, but the one that stands out the most is the ability to plug in a wired external audio source. Take the included USB-C to 3.5mm audio cable, plug it into the charging port, and flip a toggle switch to put the case in transmitter mode. That’s it. The Tone Fee’s charging case acts as a Bluetooth transmitter and effectively works like an external Bluetooth dongle.

I’ve tested the product for almost a month, and the experience has been true to what LG promises. I’ve been jamming out tunes from my iPod and using the earphones alongside the PlayStation 5 for fully wireless gaming. It’s also liberated my record player and let me bring the analog music experience to the digital future — sans wires.

The product performs swimmingly for the most part. Latency is kept to a minimum though I observed just a hint of lag with multiplayer gaming. That might rule out the FP9 for hardcore FPS players, but casual gamers should fare alright. Audio quality is perfectly serviceable, and there’s a lot of enjoyment to be had from pairing up a decidedly modern audio accessory with some vintage audio sources.

I’ve been wirelessly jamming to tunes from my iPod, but a few improvements would make the LG Tone Free FP9 nearly perfect.

That said, the implementation isn’t entirely without its faults. To start with, I’d have liked the addition of multipoint Bluetooth support. This would allow the earphones to stay connected to a phone when used in transmitter mode so that you don’t miss out on important calls or messages in the middle of a gaming session. As it stands, it is an entirely either-or situation. I also observed that overall volume levels drop a notch or two when in wired mode, but that’s a small miss, given the overall convenience. Still, there are plenty of other things to link about the LG Tone Free FP9 too.

Read more: The best true wireless earbuds you can buy

Does the LG Tone Free FP9 sound any good?

If you are curious about how good the LG Tone Free FP9 sounds, you can refer to the in-depth LG Tone Free FP8 review by our sister site SoundGuys. The two earphones are largely unchanged in the audio quality department. Spoiler alert, the sound quality is plenty good with a robust selection of equalizer presets available via LG’s app to further tune the audio experience to your liking. LG’s house sound has a bit of a treble boost to make the upper frequencies cut through the mix. Personally, I enjoyed the 3D soundstage setting that bumped up the bass and offered a fuller sound, though not a particularly neutral one.

The LG Tone Free FP9 sounds great, but the active noise cancellation is far from best in class.

The LG Tone Free FP9 also carries forward what is quickly becoming a common feature amongst premium LG true wireless earphones. Yes, I’m talking about ultraviolet light-based sanitation. It’s a fun little gimmick but isn’t going to convince germophobes. For one, it only works on the ear mesh instead of cleansing out the entirety of the earbuds. Moreover, it only triggers when you place the earphones on charge for over five minutes. You will, of course, still have to clear out any debris stuck behind the medical-grade silicon tips.

A Bluetooth transmitter built into the case is an ingenious solution I hope others end up cribbing.

As true wireless earbuds, the LG Tone Free FP9 does a perfectly serviceable job. However, the product’s true value lies in LG’s innovative introduction of a never-seen-before feature. The Bluetooth transmitter built into the case is an ingenious solution that extends the utility of true wireless earbuds beyond just phones. This is one feature that I hope every earbud ends up cribbing.