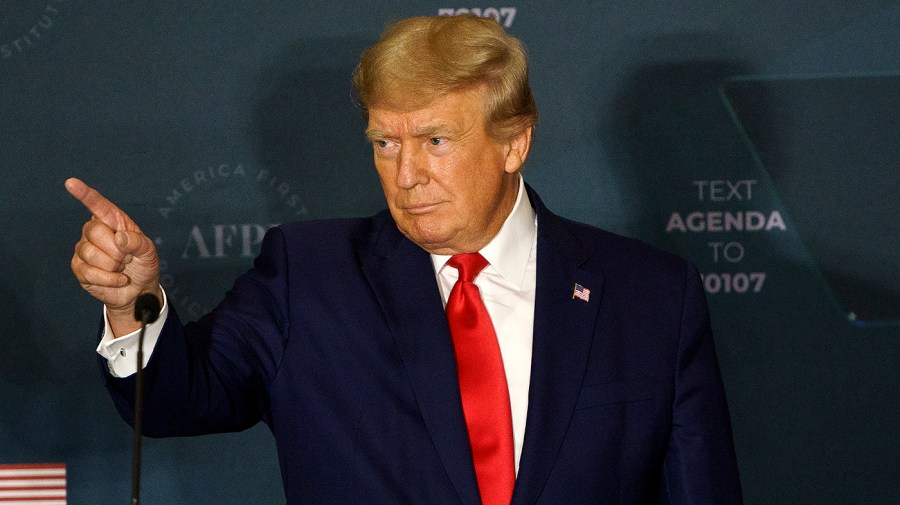 Former President Trump has filed his paperwork to run for the White House in 2024 with the Federal Election Commission.

The candidacy filing was dated Tuesday and published moments before Trump took the stage at his Mar-a-Lago property in Florida to make the bid official.

Trump for weeks has teased mounting another presidential run, which comes as he faces multiple investigations for his handling of classified records and promotion of unfounded election fraud claims in 2020.

Democrats have kept control of the Senate, but control of the House had not been projected as Trump walked out on the stage in Florida, although Republicans were just one seat short of winning the majority.

Along with his statement of candidacy, Trump also designated a principal campaign committee titled “Donald J. Trump For President 2024” in a separate filing.

President Biden has indicated he intends to run in 2024, although he has not yet formally filed paperwork or made an announcement.

Both Biden’s and Trump’s approval ratings have been underwater for months, but the circumstances mean the duo could potentially stage a rematch of the 2020 presidential election.

Trump’s announcement makes him the first of many anticipated Republican presidential candidates to formally declare their candidacy.

The former president in recent days has taken aim at Florida Gov. Ron DeSantis (R), whose GOP support for a presidential bid has risen in surveys conducted since the midterms and who has long polled as the top alternative to Trump in the party.

Earlier on Tuesday, DeSantis brushed off the attacks from Trump as “just noise,” pointing to his race for the governorship, which he won by a large margin last week.

Some Republicans had hoped the former president would wait to announce until after the Georgia Senate runoff scheduled for Dec. 6, when the Trump-backed Herschel Walker will take on Sen. Raphael Warnock (D).

Is it possible for an investment to offer a profit of 3% per week?