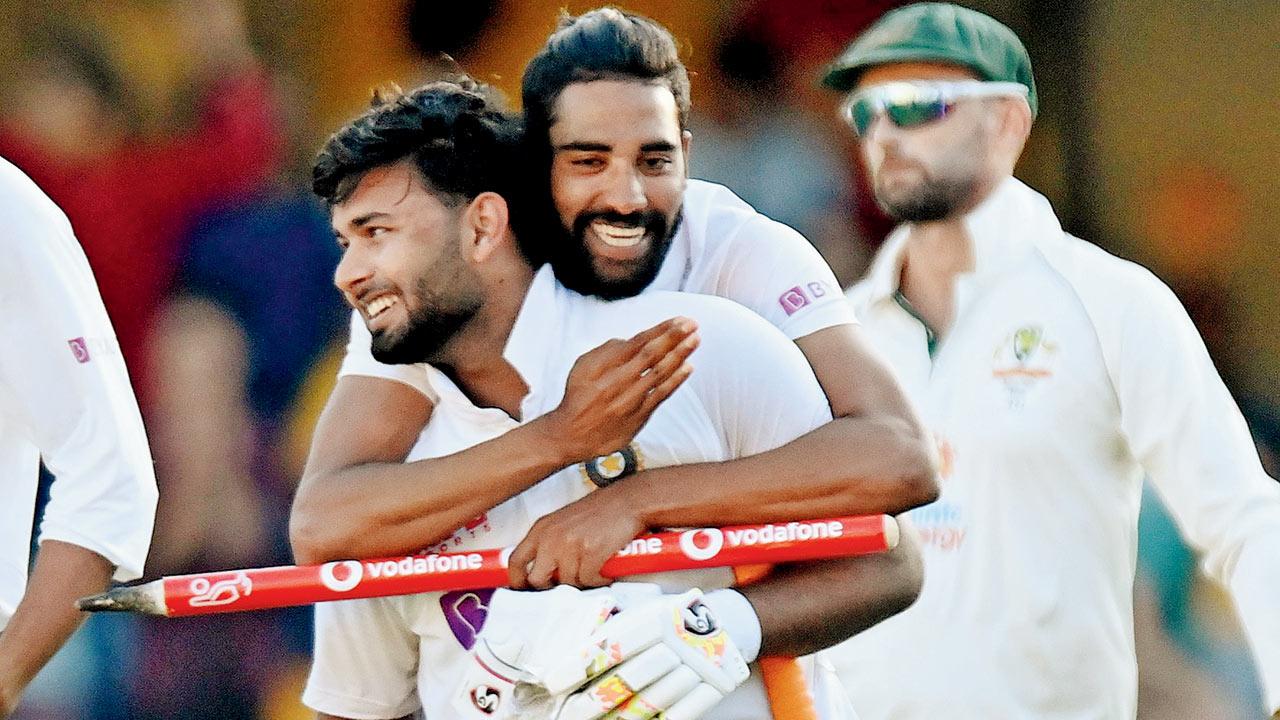 Four days have elapsed since the incredible Indian win at Gabba, and the cricket world remains captivated. While the Indians have reached home after the long, intense but exhilarating series, the Australians are justifiably disappointed. What made this depleted, injury-hit India side pull off the win, and what made a strong Australian team face defeat at home?
Hurt AussiesThe hosts must be hurting, and an assessment of what went wrong must be underway. At the start of the series, Australia were firm favourites even against a full-strength India team. The rebuilding process that started in 2018 had borne positive results, and Tim Paine was seen as an integral part of the revival of Australian cricket. The bowling has been top-notch with Pat Cummins being exceptional and Josh Hazlewood matching him step for step. However, Nathan Lyon was frustrated by the stout resistance against his bowling, and he did not really get into a rhythm in the series. This explains the last day performance of the bowlers in the last two Tests. Much of the credit should go to Cheteshwar Pujara who simply played such a large volume of balls that he took away the potency of the spinner even when he bowled to other Indian batsmen. Mitchell Starc was rushed for a scan of his hamstring after the Test, which hints at the fact that he might have been carrying a niggle. Starc has been magnificent in the past and I think he has earned the leniency that will make selectors overlook this one blip.
Batsmen failed as a unitIf a single cause has to be assigned to Australia’s series loss it would have to be the inability to bat as a unit, build partnerships leading to an undue dependence on individual scores. The opening slot was constantly changing, and the problem persisted even after a solution was found because Will Pucovski got injured. The rest of the batting did show moments of their potential and sparkle but there was no consolidated effort with very few long partnerships forming in any of the Tests. Some scrutiny will be on Matthew Wade who has gone for 14 innings without a score over 50. It was tough for him to go up the order, a role he has never had in any form of cricket, but he would need to score big and soon if he needs to retain his place.
Even though the Australians are hurting at the moment, I do not see any largescale changes. Paine by his own admission has had two poor Tests, but I do not see him being replaced or any change in leadership as yet.
Which brings us to the second part of the question. How did an unheralded set of Indian cricketers manage to pull off a series win in Australia against a full-strength side? I would say the effect of the Indian Premier League (IPL) and India ‘A’ tours has ensured that cricketers are less stunned by the big stage. Having been part of the IPL for six seasons, I have seen how nurturing and helpful the team dressing rooms are for young players. This is true for players from other countries as well, but the impact on the pool of Indian players is immense. However, equal credit should be given to the Indian ‘A’ tours that seem to have ensured that Indians have a better exposure than their contemporaries in other teams. It is a system that other countries including Australia can emulate. The depth it has brought to Indian cricket is simply not there at the moment in other teams.
Two examples would be Shardul Thakur and Washington Sundar. They were both blooded into the side (Thakur had made his debut earlier but was injured early in that Test) in the fortress that is Brisbane and they were both ready to step in. I had seen Thakur in a few IPL games and noticed that he was able to stare down international players and was not intimidated by anybody. He brought all these qualities to the Test and bowled magnificently to ensure that the team was able to take 20 wickets even though none of their regular bowlers were present.
Sundar is an efficient white-ball player, and it was amazing to see how he did not try to be a classical off-spinner in the Test mould, sticking to his strengths and bowling as he knew best. As for his batting, he was supremely assured during the partnership with Thakur in the first innings. Both these youngsters seem to have benefitted immensely from the system that is in place.
Important to back PantThe young architects of this victory need to enjoy every accolade that comes their way now that they are back in India. A word of caution in the case of Rishabh Pant. He is a player I find irresistible, and I can imagine that he has scores of fans now. It is important to back this youngster by being balanced in one’s reaction to his highs and his lows. The pressure and scrutiny on him often get to impossible levels. I hope this series ensures that his fans and critics both achieve some perspective about the youngster.
Gameplan

Five boxers to watch out for at Tokyo Olympics