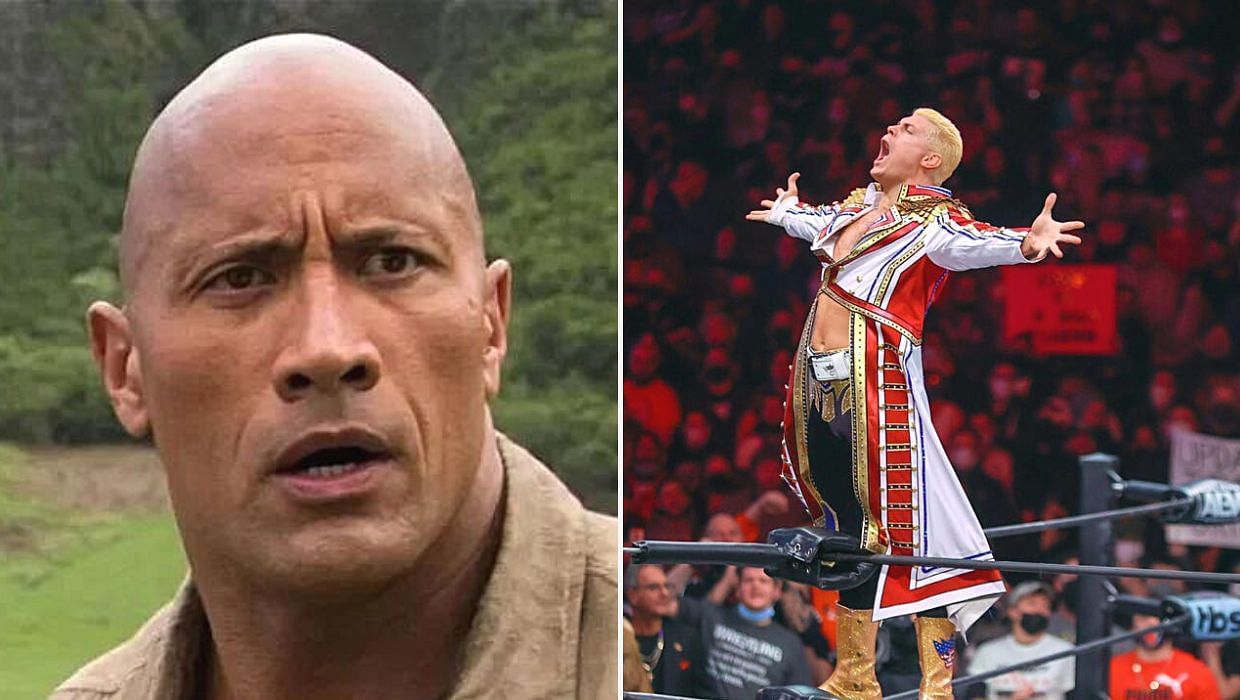 Welcome to a new edition of the daily WWE Rumor Roundup, where we aim to bring you the biggest rumors and updates from the world of sports entertainment. In today’s edition, we will look at some exciting stories revolving around top names like The Rock, Becky Lynch, and Cody Rhodes.

Becky Lynch has been out of action since SummerSlam 2022 after suffering a shoulder injury. After her match against Bianca Belair on the show, The Man turned babyface and tried to help the EST when Damage CTRL attacked her. Allegedly, Vince McMahon did not want to turn her face and kept her a heel instead.

“Becky (Lynch) was not gonna turn (face) if Vince McMahon was still in control.

That was a Paul Levesque call. I just got confirmation on that. She would have been a heel as we’re talking right now if McMahon was still running things.”

“Becky (Lynch) was not gonna turn (face) if Vince McMahon was still in control.That was a Paul Levesque call. I just got confirmation on that. She would have been a heel as we’re talking right now if McMahon was still running things.”- Wade Keller(via PWTorch) https://t.co/z5XvXwmYY2

PWTorch reported that it was Triple H’s call to turn Lynch into a babyface even though Vince McMahon had plans to keep her a heel for a long time. Fightful Select has also reported that WWE Management is happy that McMahon no longer controls Lynch’s character, and Triple H is in charge.

Big Time Becks is expected to make her return soon. With her, Charlotte Flair, and Sasha Banks all missing from TV, WWE lacks major star power in the women’s division. Her return would offer a huge boost to the roster.

There has been a ton of speculation about The Rock finally returning to WWE for a match against Roman Reigns at WrestleMania 39. It is now being stated that the former WWE Champion could return as soon as Royal Rumble 2023 to set up his feud against The Tribal Chief. Here’s what Dave Meltzer of the Wrestling Observer said:

“This Royal Rumble, there’s so many different things that they can do at this Royal Rumble to build up to WrestleMania. Obviously everyone would expect Cody, there’s always the chance of Dwayne, others that can be thrown in there,” Dave Meltzer said.

Triple H will look to give fans many surprises at the show. Apart from the potential return of The Rock and Cody Rhodes, reports suggest that The Game has planned the return of many other superstars like Bronson Reed as well.

Becky Lynch was discussed and planned as the 5th member in the War Games match (Fightful) https://t.co/YTzKFPrENd

As noted, Becky Lynch has been out of action for the past few months owing to an injury. PWInsider has pointed out that she will return at Survivor Series this Saturday, November 26, at the TD Garden in Boston, Massachusetts. She will most likely be part of Bianca Belair’s WarGames team.

The former RAW Women’s Champion turned babyface right before she took a sabbatical. It will be interesting to see her return and align with Bianca Belair, Alexa Bliss, Asuka, and Mia Yim (AKA Michin) as they take on Bayley, IYO SKY, Dakota Kai, Nikki Cross, and Rhea Ripley in a WarGames match.

YOU could be the NEXT FACE of Sportskeeda Wrestling. Click here to find out how!

Did you know Macho Man confronted a WWE Hall of Famer for looking at Elizabeth? Details here.

Poll : Whose Royal Rumble return are you more excited for?

How Do Drug Formularies Work?

Do you need to pay tax on severance payment after job loss?

Smart motorways undermined as half of drivers avoid inside…