Trilobites’ growth may have resembled that of modern marine crustaceans 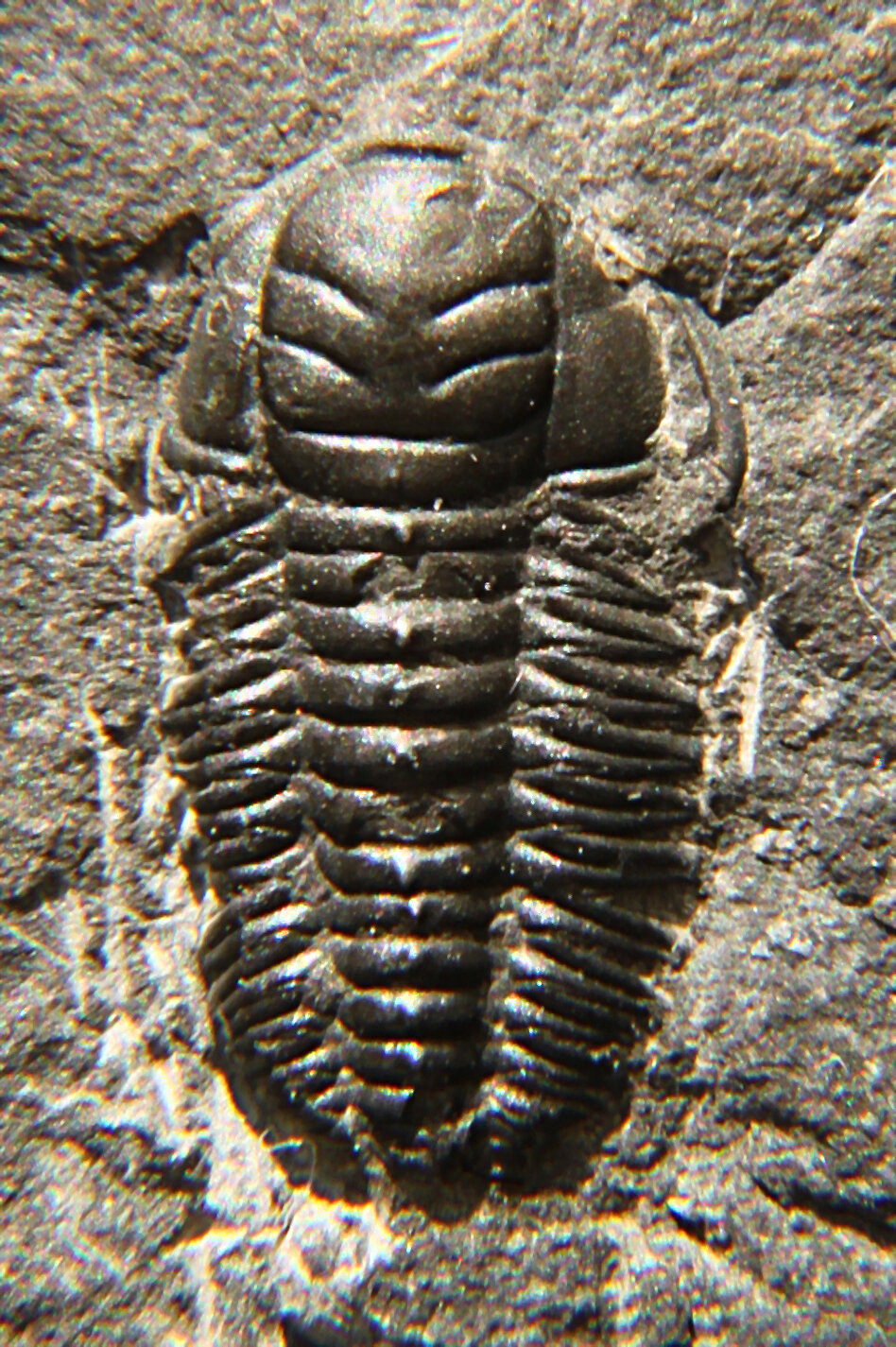 Trilobites, extinct marine arthropods that roamed the world’s oceans from about 520 million years ago until they went extinct 250 million years ago at the end of the Permian period, may have grown in a similar fashion and reached ages that match those of extant crustaceans, a new study has found.

In a paper published in the journal Paleobiology, researchers from the University of British Columbia and Uppsala University show that the Ordovician trilobite Triarthrus eatoni, some 450 million years ago, reached a length of just above 4 cm in about 10 years, with a growth curve very similar to that of small, slow-growing crustaceans.

“T. eatoni lived in low-oxygen environments and, similarly to extant crustaceans exposed to hypoxic conditions, exhibited low growth rates compared with growth under more oxygenated conditions,” said Daniel Pauly, principal investigator of UBC’s Sea Around Us initiative and lead author of the study. “Low-oxygen environments make is more difficult for water-breathers to grow, and add to the difficulties of breathing through gills, which, as 2D surfaces, cannot keep up with the growth of their 3D bodies. Thus, under hypoxic conditions, they must remain small if they are to maintain the rest of their body functions.”

In the case of trilobites, their exopods—external branches on the upper part of their limbs—functioned as gills. Thus, these ancient animals had similar growth constraints to those of their modern counterparts.

To reach these conclusions, Pauly and his colleague from Uppsala University, paleontologist James Holmes, resorted to the analysis of length-frequency data, a method developed within fisheries science and marine biology for studying the growth of fish and invertebrates lacking the physical markings that indicate their age.

The information to perform their analysis was obtained from an earlier publication with information of the length frequency distribution of 295 exceptionally-preserved trilobite fossils collected at “Beecher’s Trilobite Bed’ in New York State.

After estimating the parameters of a growth model widely used in fisheries science, the von Bertalanffy growth function, the researchers compared their results with published data on the growth of extant crustaceans. They found that the growth parameters they estimated for Triarthrus eatoni were well within the range of recent, slow-growing crustaceans.

“These findings provide the first reasonable estimates of absolute growth in early animals using methods known to accurately characterize growth in comparable living species,” Holmes said. “They show us that nearly half-a-billion years ago, growth in marine arthropods like trilobites was similar to modern examples like crustaceans living in today’s oceans.”

Citation:
Trilobites’ growth may have resembled that of modern marine crustaceans (2022, July 25)
retrieved 25 July 2022
from https://phys.org/news/2022-07-trilobites-growth-resembled-modern-marine.html