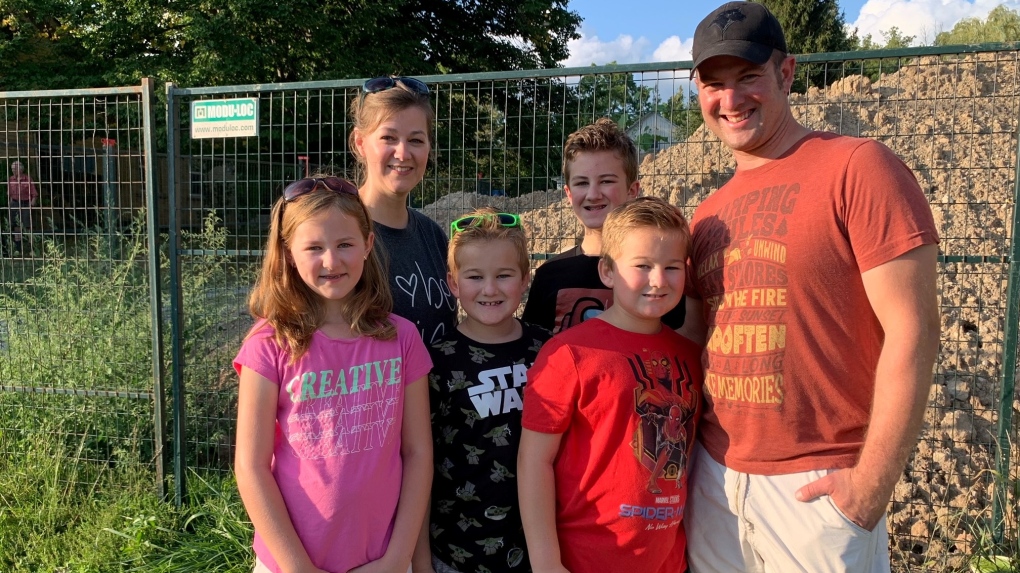 Tributes are pouring in for Ayr Centennials captain Eli Palfreyman.  The 20-year-old junior B player died suddenly during a tournament on Tuesday, sending shockwaves through the village of Ayr, Ont. and the hockey community.

“Eli was loved. He was loved by a lot of people,” Ayr Centennials Vice President Brian Shantz said Thursday.

The team was playing the Boston Jr. Bruins in a pre-season tournament when Palfreyman collapsed in the dressing room during the second intermission.

“Our trainers acted immediately. They got his jersey all sliced off, and his shoulder pads, and they started working on him,” Shantz said. “The coaches and managers got a hold of his mother who was in the audience, and she’s a nurse, and she came in. We had an EMT present, and we had two doctors, so we gave him every possible chance.”

Palfreyman was transported to hospital where he later died.

Prime Minister Justin Trudeau and Minister of Housing, Diversity and Inclusion Ahmed Hussen were in Kitchener Tuesday to make a major housing announcement. Flanked by local politicians and housing officials, Trudeau announced $2 billion in new spending he says will create 17,000 homes across the country. Much of that money will flow through the government’s Rapid Housing Initiative.

“Over the past years and the past months, I’ve talked with many people who are worried about being able to afford a place to live,” Trudeau told reporters. “This is as true for people looking to buy a home as for those who live in rental housing. We’re seeing prices going up across the country.”

Many of the new units will be affordable, but the prime minster couldn’t say exactly how many units would be built locally. The regional chair, who took part in a roundtable on housing affordability with Trudeau early Tuesday morning, is optimistic the new money will make a difference.

“We know this is a program that works. Our partners are out there, they have shovel-ready projects, and this will allow them to move ahead even more rapidly,” said Chair of Waterloo Region, Karen Redman.

‘It shouldn’t take this long to simply do the right thing’: Oxford County family still without home 14 months after fire

On June 29, 2021, a fire broke out at family home on Prospect Street in the village of Drumbo, Oxford County. The fire was contained to the basement, but smoke damaged the rest of the house.

It left eight people, Jason and Jennifer Parke, their four kids and Jennifer’s elderly parents, displaced from their home.

Fast forward 14 months later and the Parkes are still without a home.

In September 2021, after two months of living in limbo, the Parkes were told by their insurance provider that their home would need to be demolished and rebuilt. It wasn’t until Dec. 30 of that year that the demolition was complete.

The Parke family stands in front the property that used to be their home, now a large pile of dirt. (Jeff Pickel/CTV Kitchener)

A pharmacist from Kitchener, Ont. says he was physically and verbally assaulted for administering COVID-19 vaccines. Frederick Mall Pharmacy owner Ramzy Shaker was at a nearby Tim Hortons Wednesday morning, just before he was about to open up, when he says he got attacked.

“All of a sudden someone hit me in the head right here,” said Shaker. “He screamed at my face and said ‘I know you’ve been giving that vaccine to everyone’ and continued to punch.”

Shaker says he got punched three times in the back of his head, in his stomach, and legs. The alleged attack continued until a bystander and an off-duty police officer stepped in to help. The man was later arrested.

“I really owe him my life,” said Shaker. “If he wasn’t around I would be dead from the punches.” 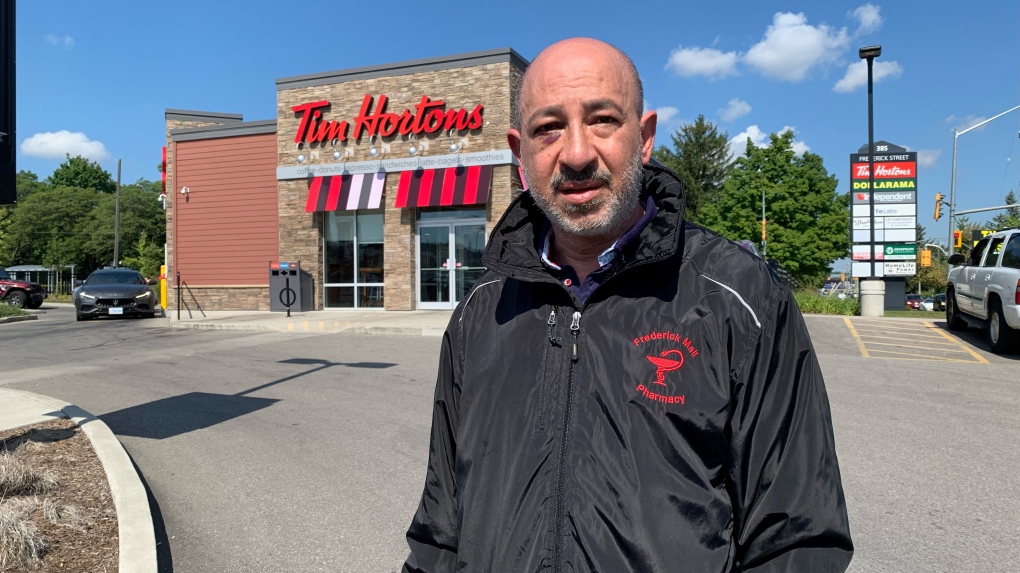 Fire at historic Cambridge farmhouse being investigated as arson

The fire that destroyed a historic Cambridge farmhouse on Sunday is now being investigated as arson. On Monday, Waterloo regional police said investigators have learned a large group of people was in the area before the fire started around 4 a.m.

Neighbours previously told CTV News a party with a number of young people happened at the lot near Maple Bush Drive and Wesley Boulevard on the night flames erupted. No injuries were reported, but the fire levelled a 19th century gothic farmhouse on the city’s heritage registry.

Crews had been preparing to move the structure to preserve it amid construction of a new subdivision in the area. The Architectural Conservancy of Ontario called the loss “a tragedy.” A viewer photo shows emergency crews responding to flames at a construction site in Cambridge on Aug. 28, 2022. (Submitted)

Nifty: Nifty may trade in a range, time to buy on dips