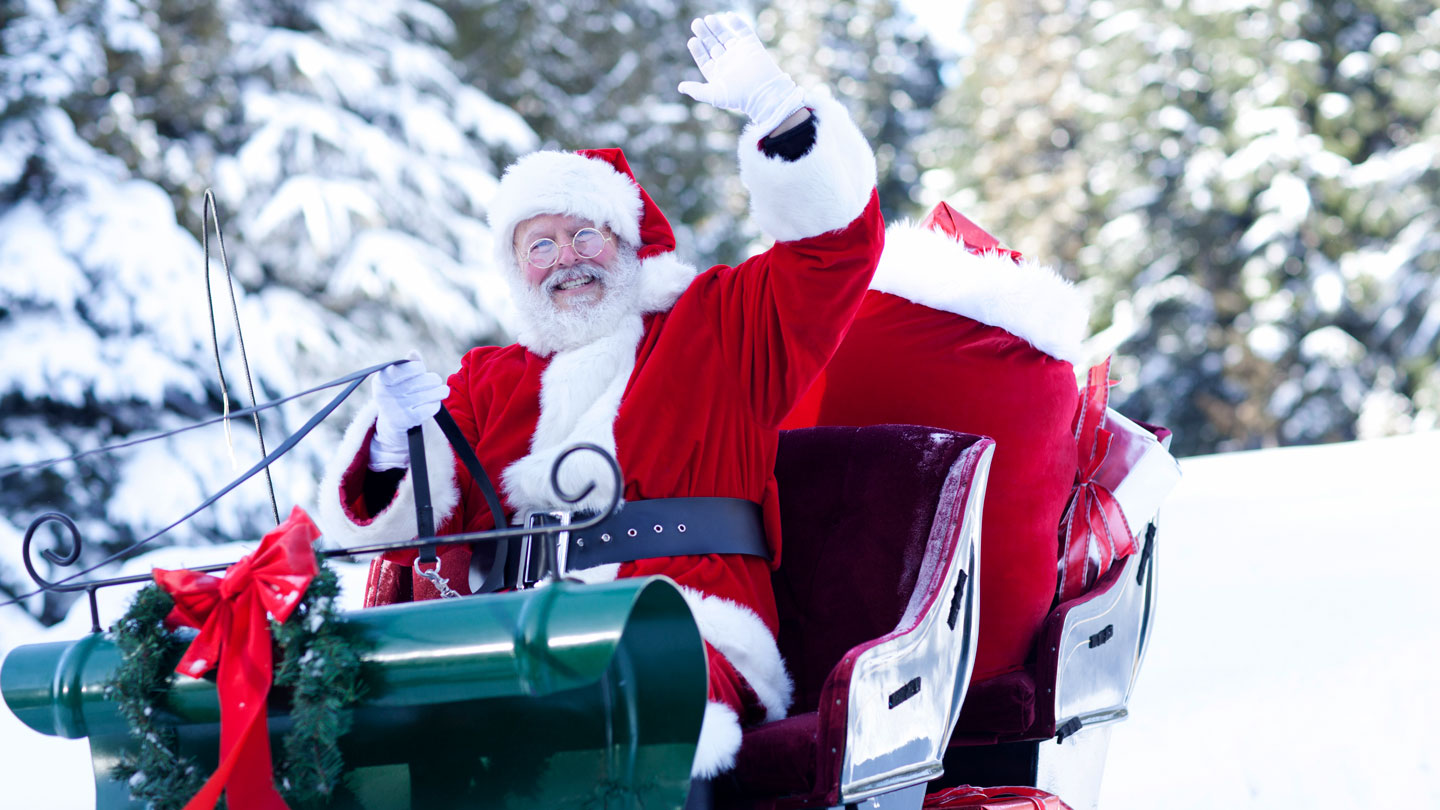 When Santa Claus takes off on Christmas Eve, he won’t be doing it in secret. Millions of children around the world will be waiting. And the North American Aerospace Defense Command (or NORAD) will be watching too. This military organization will be sending information to a Santa tracker, where waiting kids (and parents) can follow Santa via phone call, text or an app. But it’s no easy task to keep track of this jolly old elf. In fact, it requires a bit of science.

NORAD’s main duty isn’t actually to track Santa, explains Major Cameron Hillier. His job in public affairs is to talk to journalists and other people about NORAD. NORAD is not Santa, he stresses. It’s a military organization shared between the United States and Canada, located in Colorado Springs, Colo. NORAD’s goal is to watch for and detect any objects coming into the air and ocean spaces near the two countries. People at NORAD then determine whether a new object is a threat — or if it’s just a magical old man with a load of presents.

NORAD’s Santa duties started with a mix-up in 1955. That year, the store Sears sent out a catalogue to customers advertising what they sold. In the back was an ad with a phone number to call Santa.

“The only problem [was] the number they put in was not for Santa,” Hillier explains. ”It was for the Continental Air Defense Command operation center.” That was the organization that existed before NORAD. At the time, the United States was afraid that the Soviet Union — the nation that broke up into Russia and other countries in the last part of the 20th century — would attack, leading to nuclear war. A man named Colonel Shoup was on duty Christmas Eve, Hillier says. He was supposed to be watching for any sign the Soviet Union might attack. Instead, “he was inundated with calls from kids trying to talk to Santa.”

Luckily, Colonel Shoup figured out what was going on. “He was quick enough to put two and two together and in response to a kid said that Air Defense Command would watch Santa’s process,” Hillier says. And the organization continued year after year to answer calls and tell kids where Santa was on Christmas. NORAD picked up the Santa tracking duties when the Continental Air Defense Command became part of NORAD in 1958.

Now, NORAD relies on a small army of volunteers to take phone calls asking for Santa’s location. “I’ve been taking calls from kids at the call center,” Hillier says. “We have 1,500 volunteers to support the call center in two-hour rotations.” NORAD also has a website and an app. This may have been going on for decades, but Hillier says it never gets old. “You’re just infused with the Christmas spirit.”

How to track St. Nick

The yearly reindeer tracking begins with a series of radar systems called the North Warning System. The radar stations are set up across the very north of Canada and Alaska. They send out radio waves that bounce back when they hit an object. That allows the radar to determine when there is something flying through their range — such as a large man in a red suit on a sleigh.

Explainer: What are lidar, radar and sonar?

Those radar systems are the first to detect when Santa takes off from the North Pole. But their maximum range is only 370 to 460 kilometers (230 to 290 miles). They can’t pick up when Santa gets to the beginning of his route — the International Date Line. “He likes to show up around midnight,” Hillier says. “Starting there and working west, he’s chasing twilight, looking to hit each boy’s and girl’s home at the appropriate time.”

This is when satellites take over. NORAD relies on many satellites in orbit around the Earth. They detect infrared — a wavelength of light that indicates temperature. Normally, the satellites would sense heat off something like an incoming rocket. But on Christmas Eve, Hillier says, “we are much more light-hearted.” Then, the satellites track a different heat source — Rudolph’s nose. “Being so bright, it offers a heat signature that we can track.”

The satellites track Santa’s journey over Australia, Asia, Africa and Europe. Once Santa arrives over eastern Canada, though, he picks up an honor guard of fighter jets. “We have fighters from the Royal Canadian Air Force that greet and escort Santa through Canadian airspace,” says Hillier. At the border, Santa is handed off to the U.S. National Guard.

It’s just good manners, he says. No one bothers St. Nick on his rounds. “Tracking Santa is routine,” Hillier notes. “There’s establishment of presence. If you know he’s coming and he’s knows you’re coming, there’s a level of professionalism that allows for an unspoken agreement.”

It’s always good to let the military know you’re coming, though. If Santa needs to communicate, Hillier says, “we have agreements in place that allow us to speak to one another.” Santa even has a call sign — a phrase he can use to identify himself. “It’s changed over the years,” Hillier says. But “the one we’ve heard most years is ‘Big Red.’”