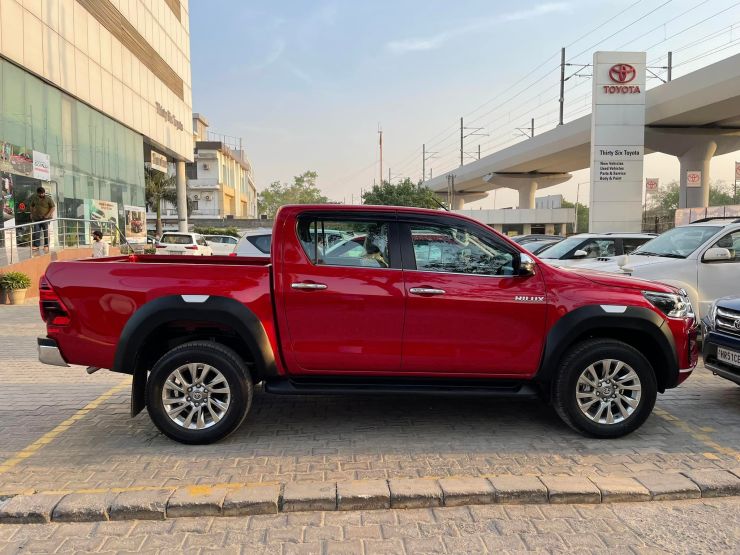 The Indian joint venture between Toyota Motor Corporation and Kirloskar Group that constitutes Toyota Kirloskar Motor and Toyota Kirloskar Auto recently announced the signing of their Memorandum of Understanding (MOU) with the Government of Karnataka to invest Rs 4,100 crores. The Indo-Japanese alliance’s endeavour to contribute to the country’s aim of “Make in India” and to enable a speedier decrease in carbon emissions has resulted in the announcement of this massive investment. This event coincided with Toyota Kirloskar Motor’s 25th year in India. Meanwhile, another Rs 700 crores investment will be made by the Toyota Industries Engine India.

Toyota Kirloskar Group in its official statement said, “As part of the MoU, Toyota Group of Companies will systematically invest towards making India a self-reliant manufacturing hub, thus contributing towards the Government’s Make in India and Atma Nirbhar Bharat mission. The investments are aimed at promoting greener technologies that will help lower dependence on fossil fuels and mitigate carbon emissions.”

The statement further added, “This investment will also enable local production facilities to build electric powertrain parts and components, thereby cater to the electrified vehicle manufacturing in India. As a part of the Toyota Environmental Challenge 2050, Toyota will continue to focus on reducing carbon emissions in a holistic manner going beyond tailpipe emissions to address manufacturing and lifecycle CO2 emissions in order to realise its carbon neutrality goals by 2050, as announced earlier.” Speaking at the occasion, Hon’ble Chief Minister of Karnataka, Shri Basavaraj Bommai said, “Our aim is to build ‘New Karnataka for New India’ by creating new 21st century industrial townships and corridors. As a state committed to sustainable development and contributing to the nation’s progress, we want to make Karnataka a global supply-chain and manufacturing hub under our ‘Build for the World’ mission. This MoU with Toyota Group of Companies is a huge stride in this regard, and Karnataka Government is confident of Toyota’s commitment towards sustainable growth and local manufacturing quality for Karnataka’s growth and development. Karnataka being the hub of electric vehicles, welcomes this MoU which adds another feather to State’s cap as leader in this sector”.

Meanwhile, Mr. Vikram S. Kirloskar, Vice-Chairman, Toyota Kirloskar Motor said, “Toyota is committed to enhance the pace of electrification strengthen domestic production with ‘Make in India’. Today’s MoU signing with the Government of Karnataka, in the gracious presence of Hon’ble Chief Minister Basavaraj Bommaiji and all dignitaries, is a very important milestone in terms of ushering in large-scale investment to make deeper cuts in carbon emissions, higher employment generation, creating local manufacturing hub not only for domestic needs but also for global markets, local community development and advancement in innovation. I believe that such investments are needed to provide technologically viable and economically competitive alternatives to fossil-fuel-intensive technologies in vehicle mobility space.”