Just yesterday it was announced that Maruti Suzuki will be recalling a total of 17,362 vehicles including the Alto K10, S-Presso, Eeco, Brezza, Baleno, and the flagship mid-size SUV the Grand Vitara. And it has now come to light that the brand’s long-term strategic partner Toyota Kirloskar Motor will also be recalling 1,390 units of its premium hatchback Glanza and the mid-size SUV Urban Cruiser HyRyder. According to the reports, the automaker will be recalling the vehicles manufactured between December 8, 2022, and January 12, 2023.

The reason for Toyota’s recall is also the same as Maruti Suzuki. As per the companies, the airbag controller in the affected vehicles could be faulty. And if not replaced could result in non-deployment of the airbags and seat belt pretensioners, in case of an accident. So in their attempts to eliminate this risk, both Toyota and Maruti Suzuki will replace the affected part free of cost.

It has also been reported that Toyota will be individually reaching out to all the customers with the affected cars to sort this issue as soon as possible. Additionally the company has advised to the customers that they should avoid using their vehicles until this issue is rectified.

This recall by the Indo-Japanese manufacturer is not the first, like those from every other major automaker in the nation. The company also issued a recall for the recently introduced HyRyder mid-sized SUV earlier in December of last year. Similar to this, Maruti Suzuki simultaneously announced a recall for its Grand Vitara mid-size SUV.The XL6, Ertiga, Brezza and the Ciaz were also included on the list of Maruti Suzuki vehicles that were recalled. According to reports, one of the child components of the front seatbelts’ shoulder height adjustment assembly was defective, which might lead to seat belt disassembly. 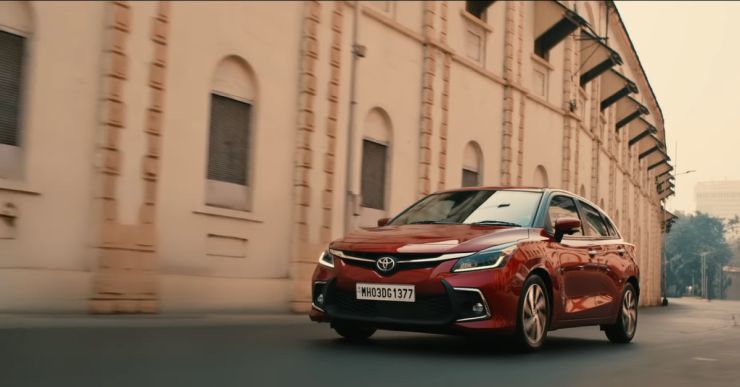 The Grand Vitara and the Toyota HyRyder both are manufactured by Toyota at its Bidadi plant, which is close to Bengaluru. Following the manufacturing process, Toyota transports the Grand Vitaras to Maruti Suzuki, which then distributes it through NEXA dealerships all across the nation. The HyRyder and Grand Vitara are badge-engineered automobiles; they have almost identical internal components and only differ in terms of appearance. Because of this, if there is a recall on either one of them its bound to occur on the other vehicle as well.

Prior to this December recall, Toyota India also issued a recall of the now discontinued Urban Cruiser sub-4m compact SUV. Due to a faulty driver-side airbag module, the manufacturer had to recall up to 9,498 Urban Cruiser models. The impacted vehicles were produced between July 28, 2020, and February 11, 2021, according to the information provided at the time by Toyota. According to the manufacturer’s official statement, the driver side airbag module assembly had some problem. The company subsequently made the decision to recall the vehicles for a free replacement of the problematic component. Toyota remained silent at the time on any potential issues customers of the defective vehicle could have.