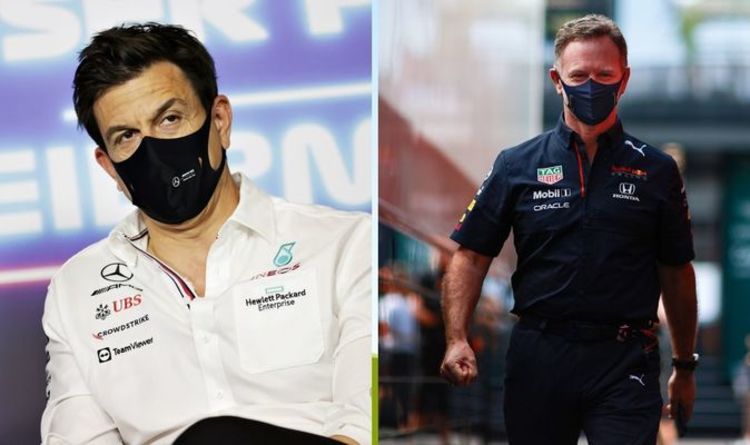 Mercedes boss Toto Wolff says he’s “not worried” by any threat from Red Bull after Max Verstappen and Lewis Hamilton collided during the British Grand Prix, as Christian Horner admitted the team would evaluate their options on whether or not to take the matter further.

Horner, who was left fuming after the race, called Hamilton a “dirty driver” who looked “desperate” as he tried to find a way around the Dutchman on the opening lap of the race, cheered on by 140,000 spectators at Silverstone.

The two championship protagonists then collided, sending the Red Bull driver cascading into the tyre wall at 180pmh, causing huge damage to the car, and leaving Verstappen visibly winded as he climbed out of the cockpit.

The Dutchman was subsequently sent to hospital for further checks, before being discharged with no major injuries.

Hamilton was hit with a ten-second time penalty for causing a collision, which he overcame to take the win in front of his home crowds, however, the Red Bull camp was left furious at what had unfolded.

Centenarian sprinter Man Kaur passes away at age of 105