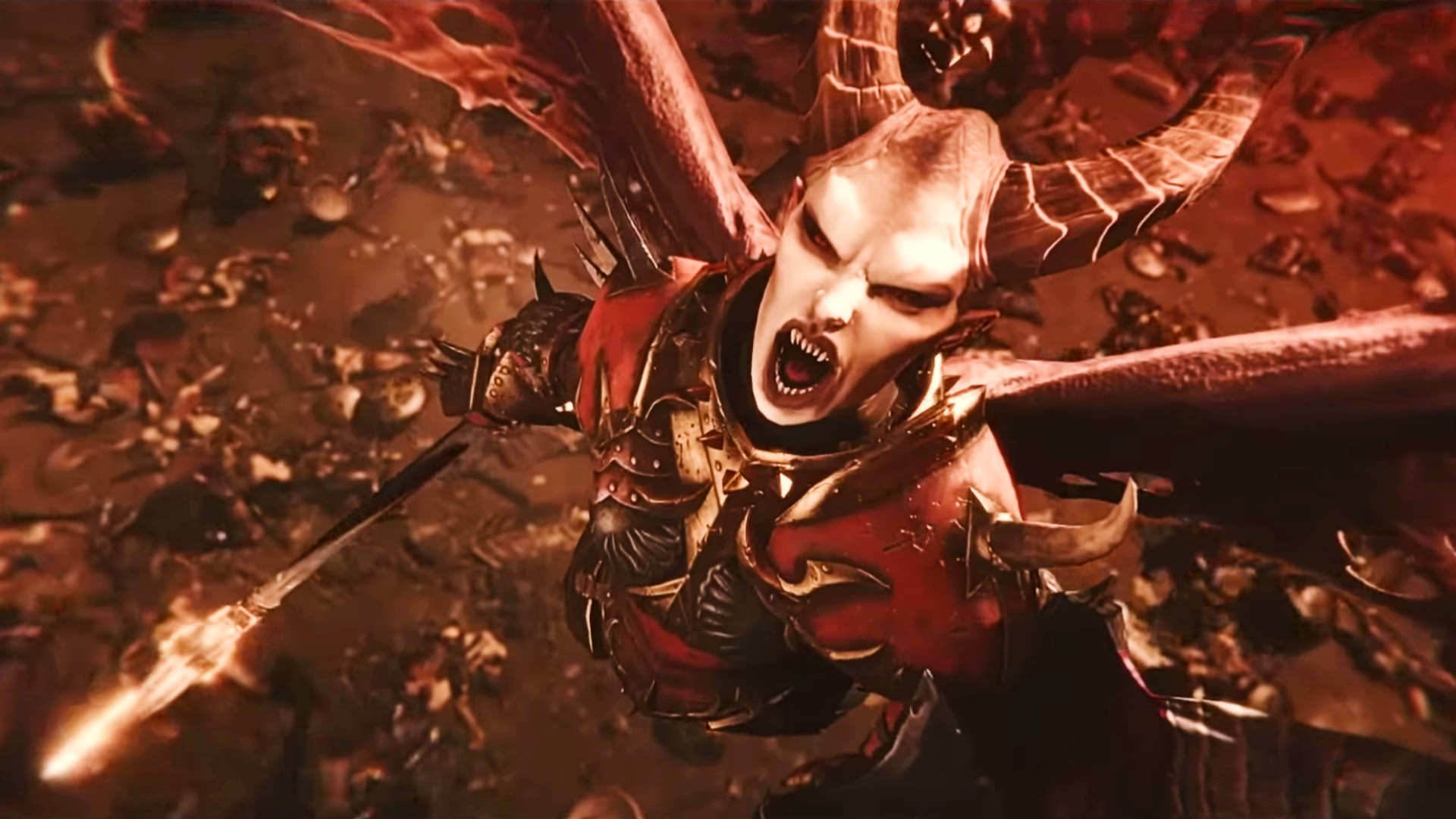 The final lord coming with the Total War: Warhammer 3 DLC Champions of Chaos has been officially revealed, following a pretty clear teaser. It’s Valkia the Bloody, a Khorne-aligned daemon queen whose melee skills are among the most fearsome in the strategy game series’ history.

Once the queen of a northern tribe of barbarians, Valkia was resurrected by Khorne to be his personal consort. Knowing she has the Blood God’s favour, Khorne’s minions fight harder when she’s nearby – her Gaze of Khorne passive ability grants an increase to base weapon damage, armour-piercing, and leadership to all warriors within her leadership aura.

She’s got tremendous melee stats, and her Daemonshield grants her temporary invulnerability, while her Spear of Slaupnir causes eruptions along the ground in a straight line.

On the campaign map, Valkia’s army also gets a 35% bonus to movement range when an enemy attempts to retreat from battle – so nobody’s getting away if Valkia doesn’t feel like letting them go. Additionally, all characters in her faction get a 20% bonus to movement after winning a battle. They also gain access to bloodletting and get 50% more souls from sacrificing captives – blood for the Blood God, and all that.

The full set of legendary lords coming in the Champions of Chaos lords pack has now been revealed: in addition to Valkia (Khorne), there’s the questionably credentialed Festus the Leechlord (Nurgle), Prince of Damnation Azazel (Slaanesh), and Vilitch the Curseling, the ‘Twisted Twin’ (Tzeentch).

They’ll all be available with the Champions of Chaos DLC, which launches alongside the Immortal Empires beta, whose release date is coming later this month.

Brighten Up Fall’s Muted Color Palette With a Vibrant Knit