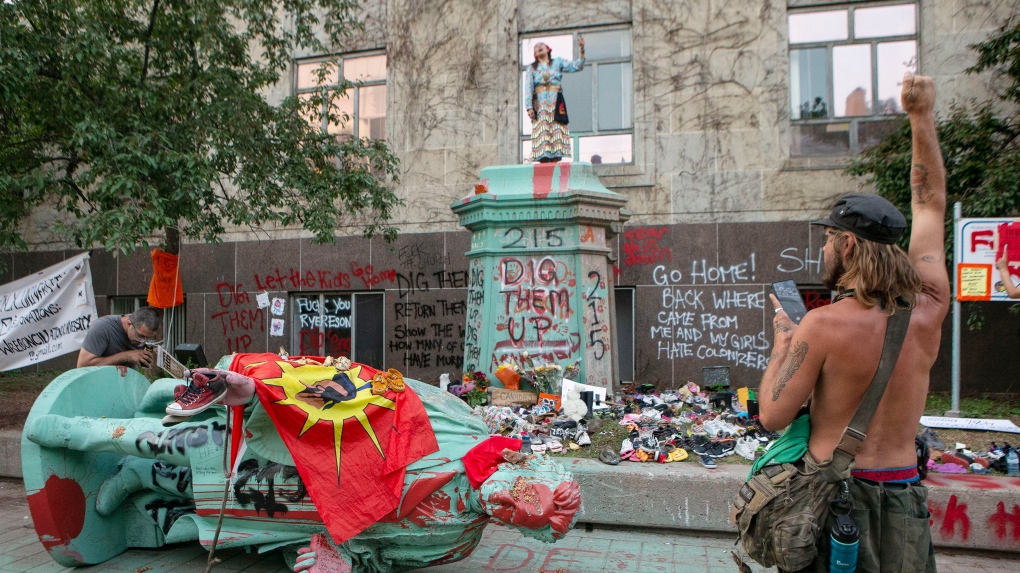 Toronto Metropolitan University made a major move in cutting ties to its longtime Ryerson name.

So, why not go bold in its athletics renaming as well?

TMU announced Monday that its sports teams will now be called the TMU Bold, one of three finalists selected from more than 4,800 survey contributions. TMU’s new mascot will be a falcon.

“The idea of Bold came from the feedback that was developed from community members,” said Jen McMillen, vice-provost, students, at TMU. “They wanted a name that was unique, that was confident. Boldness really embodies a lot about our university and what we’re trying to do.

“We obviously made a very bold decision to change the name of the institution … and we really want it to continue to be bold. So it’s something that we think we can really cultivate alongside the university’s new name.”

TMU announced in August of 2021 it was dumping the Ryerson name amid growing calls for change. Egerton Ryerson was an architect of Canada’s residential school system, and demands ramped up following the discovery of what are believed to be the remains of Indigenous children in unmarked graves on the grounds of former residential schools.

“And that’s part of the point,” she said. “That’s something that was important to us is that you don’t hear a lot of teams named The Bold. That is part of the reason that we think it fits well with feedback that the community of the community gave us.”

People stand around the plinth after protesters pulled down the statue of Egerton Ryerson in Toronto on Sunday, June 6, 2021. THE CANADIAN PRESS/Chris Young

McMillen likened the nickname to the NHL’s Minnesota Wild.

TMU president and vice-chancellor Mohamed Lachemi said boldness is a core value of the university.

“It is shared by our students, reflected in our approach to learning and research, and demonstrated on the court, the field, and the rink by our athletes,” Lachemi said in a statement. “Our new team name and mascot represent another opportunity to unify our community behind the shared values and aspirations of our University. I am looking forward to cheering on the Blue, Gold and Bold this fall.”

The team nickname and mascot were selected after two phases of surveys. There were 2,100 responses to an initial survey in May, and then another 2,700 survey submissions after a shortlist was published in July.

The Meteors and the Towers were the other two finalists.

McMillen said there was very strong community feedback that the mascot be an animal. “Egerton the Ram,” also known as “Eggy,” had been the university’s mascot since 1961.

The falcon, she said, was chosen for several reasons, including the fact the bird of prey often nests on the campus’s rooftops.

“They are a part of our campus and we can see them and can hear them,” McMillen said. “And (there were) a lot of really strong links for us. . . They’re very strategic. And we really like that.

“As far as bold goes, falcons are as bold as they come, one of the fastest animals on Earth, but also their timing and their critical decision-making very much lines up with how our athletes perform and other parts of the institution as a whole.” 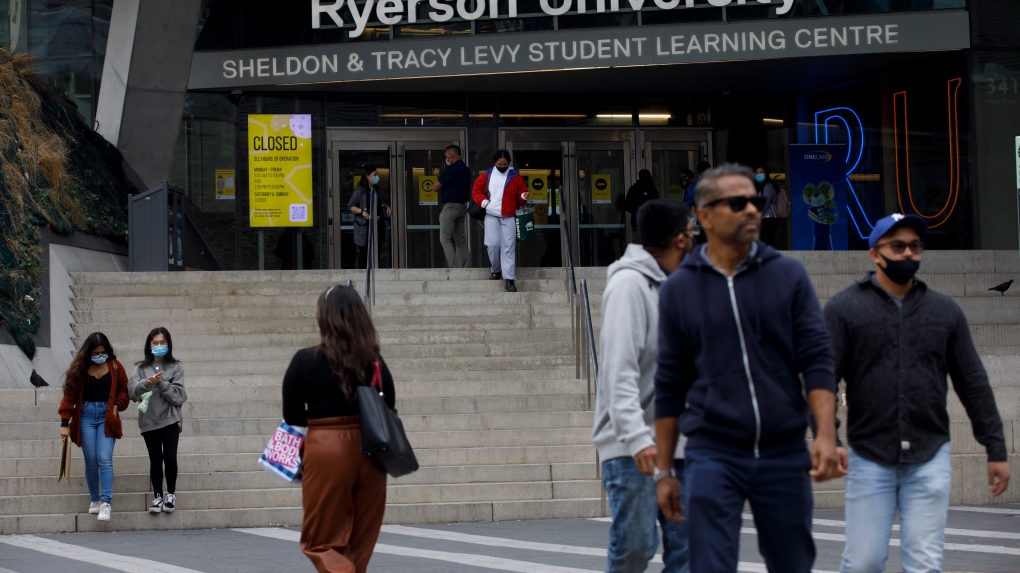 People are seen on the front steps of Toronto Metropolitan University campus in Toronto, Tuesday, Sept. 8, 2020. THE CANADIAN PRESS/Cole Burston

She added that falcons have gold beaks and talons and often have blue feathers.

“So there’s a blue and gold element to it as well, which is of course our university colours,” she said.

The selection of a new team name and mascot was one of the 22 recommendations put forward in a report by the Standing Strong Task Force in August of 2021.

The new team name will be used immediately, while new team uniforms, a physical mascot and signage will be complete by the spring 2023 semester.

A special task force was formed in November of 2020 to analyze and address the legacy of Egerton Ryerson, who helped design both the public and residential school systems in Canada. It ultimately issued 22 recommendations and last August, the school’s board of governors approved a motion to accept all 22 recommendations from the task force.

A statue of Egerton Ryerson on the university’s campus was torn down by angry protesters last summer in response to the discovery of what are believed to be unmarked graves on the grounds of a former residential school in Kamloops, B.C.

The final report from the Truth and Reconciliation Commission detailed widespread mistreatment at Canada’s residential schools, including emotional, physical and sexual abuse, and more than 4,000 deaths at the institutions.

This report by The Canadian Press was first published Aug. 29, 2022.

How a robot helps dementia patients at Minnesota nursing home: “We are taking them back in time”

Robert Kyncl is leaving YouTube. Expect the ‘is THIS the new CEO of Warner Music Group?’ rumor mill to gather pace.