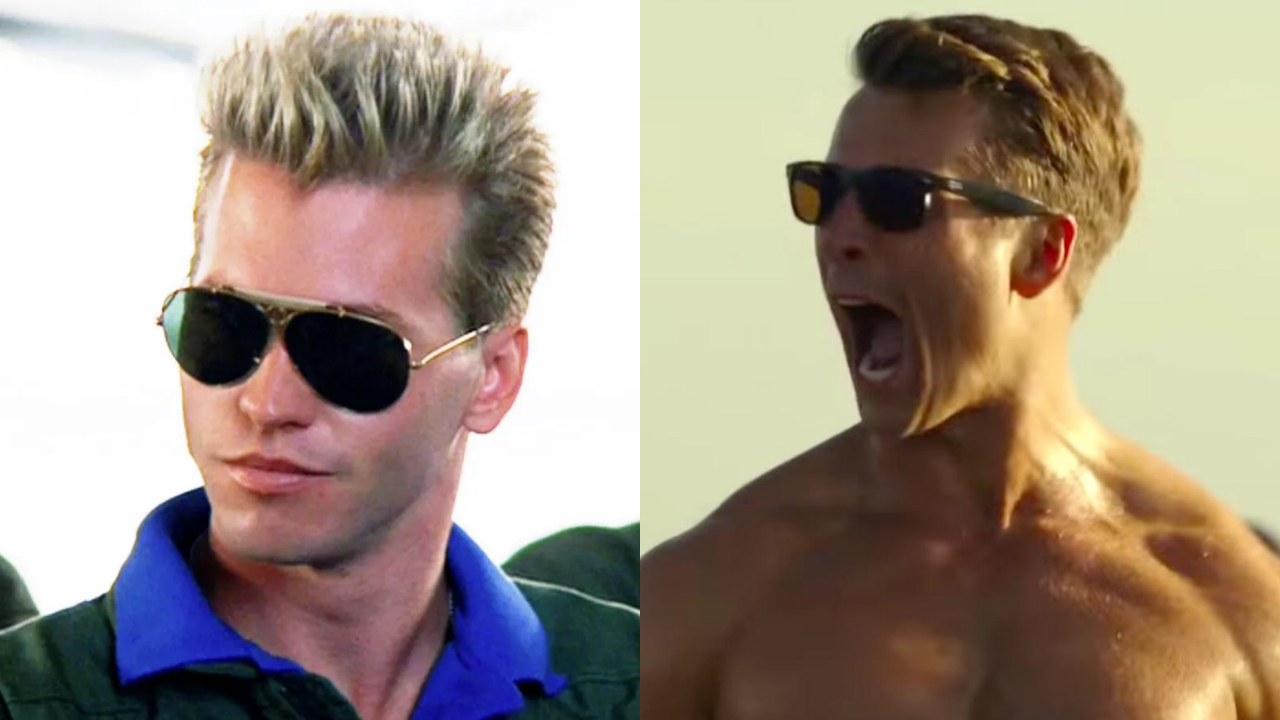 Among the many exciting 2022 movie releases that have brought audiences back to movie theaters in a big way following a troubling time for the big-screen business, Top Gun: Maverick ranks No. 1 so far. It has proven to be among the most successful legacy-quels of all time, and the return of Val Kilmer as Iceman is very much part of that. The movie balances its original and new cast members, and Glen Powell has shared a great moment involving Kilmer toward the end of shooting the hit movie.

While speaking at the CinemaCon panel for Top Gun: Maverick, Glen Powell spoke about the time when he and Val Kilmer were in the same elevator during production of the now summer mega-blockbuster, and it’s a funny tale:

Amazing. Glen Powell plays Hangman in Top Gun: Maverick and essentially fills the role of Iceman for its new generation of pilots. (They even look rather alike). So it feels fitting that at the end of the Top Gun newbie’s journey on set of the movie he’d run into Iceman himself, who was totally seeing deja vu in the new recruit. What makes it even funnier is that Kilmer took a picture of his bag for his own memories.

Tom Cruise “rallied” for the co-star of the 1986 film to be featured in the long-awaited sequel, reportedly saying that he would not make the movie without Val Kilmer, per producer Jerry Bruckheimer. When Kilmer was approached for the role, the actor actually helped the filmmakers figure out Iceman’s place in Top Gun: Maverick, which is a quite emotional element in the feature.

The odds weren’t exactly in Val Kilmer’s favor to return as Iceman after all these years, particularly because he’s been battling throat cancer for years and uses an electric voice box in his trachea in order to talk. For Top Gun: Maverick, scientists actually helped recreate Kilmer’s voice with cutting-edge A.I. tech.

Top Gun: Maverick continues to not only be played in theaters after nine weeks at the box office, but make some money. The movie added $16.4 million to its international box office this past weekend, it’s global total presently standing at $1.323 billion (making it the highest grossing movie of 2022 so far). Talk about a need for speed!

Lamborghini profit over $100,000 per car in latest financials