Top 10 Netflix Shows Right Now as Ranked by Netflix Itself 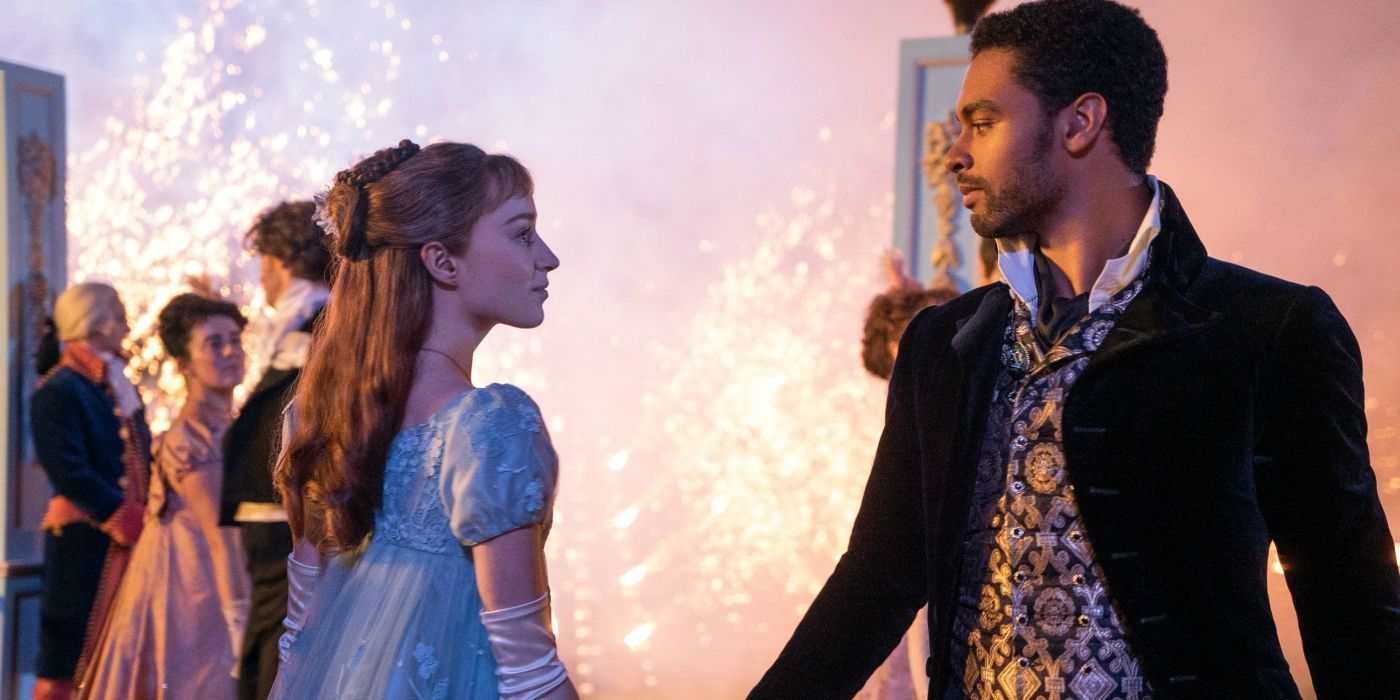 Looking for the Top 10 TV Shows on Netflix now? Well, you’re in the right place! Despite the streaming service launching the trending list earlier this year, which reveals what the Top 10 most popular TV shows are on a daily basis, it’s not super easy to find that list on Netflix itself without digging into it a little bit. We’re here to help streamline that process.

We’re currently looking at a back and forth in the top two slots between Christmas release Bridgerton and New Year’s Day release Cobra Kai Season 3 — while last week, the Regency romance favorite slipped to the #2 slot, it now sits at #1 followed by the karate comedy. Also still in the Top 10 are the final season of Chilling Adventures of Sabrina, Obama favorite The Queen’s Gambit, and the underappreciated USA Network series Dare Me.

New to the Top 10, meanwhile, are two new docu-dramas: Funny or Die’s History of Swear Words and the haunting exploration of the afterlife Surviving Death. Also new is Jenni Rivera: Mariposa de Barrio, covering the life of the famed pop singer. (The series originally premiered in 2017, but the anniversary of Rivera’s death was recently noted.) And as always, kid favorite Cocomelon persists in teaching our children about world domination (I can only assume), accompanied by new kid-friendly title Gabby’s Dollhouse.

Stay tuned to see how the Top 10 changes on a weekly basis, but for now…

Here’s the Top 10 as it currently stands today:

Check out the Top 10 most popular TV shows on Netflix list below, along with links to the shows themselves on the streaming service and a brief synopsis of just what the heck it is that everyone’s watching. For a more curated and longer list, check out our Best TV Shows on Netflix article. And for the Top 10 Movies currently available, go ahead and click on that link in the meantime.

Based on Megan Abbott’s acclaimed crime novel, this series follows the fraught relationship between two best friends after their charismatic new cheer coach arrives to bring their squad to prominence. Boundaries are crossed and the young women’s lives are changed forever when a shocking crime rocks their quiet suburban world.

The inspiring and poignant story will follow in the footsteps of Jenni Rivera towards a dream of fame; An autobiographical journey from birth, based on her book “Unbreakable”, as well as unpublished testimonies that reveal, as never before, her own family and explore her life as a daughter, mother, wife, lover and artist.

Based on the novel by Walter Tevis, the Netflix limited series drama THE QUEEN’S GAMBIT is a coming-of-age story that explores the true cost of genius. Abandoned and entrusted to a Kentucky orphanage in the late 1950s, a young Beth Harmon (Anya Taylor-Joy) discovers an astonishing talent for chess while developing an addiction to tranquilizers provided by the state as a sedative for the children. Haunted by her personal demons and fueled by a cocktail of narcotics and obsession, Beth transforms into an impressively skilled and glamorous outcast while determined to conquer the traditional boundaries established in the male-dominated world of competitive chess. The series is directed and written by two-time Academy Award nominee Scott Frank and executive produced by Frank, William Horberg and Allan Scott, who also co-created the series. THE QUEEN’S GAMBIT stars Anya Taylor-Joy, Marielle Heller, Thomas Brodie-Sangster, Moses Ingram, Harry Melling and Bill Camp.

Learn letters, numbers, animal sounds, and more with J.J. in this musical series that brings fun times with nursery rhymes for the whole family!

This colorful series leads preschoolers room to room through a fantastical dollhouse of delightful mini-worlds and irresistible kitty characters.

Chilling Adventures of Sabrina re-imagines the origin and adventures of Sabrina the Teenage Witch as a dark coming-of-age story that traffics in horror, the occult and, of course, witchcraft. Part Three finds Sabrina reeling from the harrowing events of Part Two. Though she defeated her father Lucifer, the Dark Lord remains trapped within the human prison of her beloved boyfriend, Nicholas Scratch. Sabrina can’t live with herself, knowing that Nick made the ultimate sacrifice and is suffering, burning in Hell under Madam Satan’s watchful eye. So with an assist from her mortal friends, “The Fright Club” (consisting of Harvey, Rosalind, and Theo), Sabrina makes it her mission to free him from eternal damnation and bring him back into her arms. However, the Dark Lord’s unseating has sent shockwaves through the realms—and, with no on the throne, Sabrina must assume the title of “Queen” to defend it against a challenger, the handsome Prince of Hell Caliban. Meanwhile, in Greendale, a mysterious carnival rolls into town, bringing with it a threat to the Spellmans and the coven: A tribe of pagans looking to resurrect an ancient evil…

From director and executive producer, Ricki Stern (Reversing Roe, Joan Rivers: A Piece of Work), and based on best-selling author and journalist Leslie Kean’s book, Surviving Death is an in-depth investigative series exploring the possibility of an afterlife. Over six episodes, Surviving Death explores questions that have been contemplated throughout time: What does it mean to die, and is death the end of our existence? Weaving together innovative new research with firsthand accounts from those who’ve been close to—and even experienced—death, the series takes viewers on an extraordinary journey into a world beyond human existence as we know it.

An education in expletives: the history lesson you didn’t know you needed. History of Swear Words, hosted by Nicolas Cage, is a loud and proudly profane series that explores the origins, pop culture-usage, science and cultural impact of curse words. Through interviews with experts in etymology, pop culture, historians and entertainers, the six-episode series dives into the origins of “F**k”, “Sh*t”, “B*tch”, “D**k”, “Pu**y”, and “Damn”. History of Swear Words will premiere globally on Netflix on January 5, 2021.

Cobra Kai takes place 30 years after the events of the 1984 All Valley Karate Tournament, where a now successful Daniel LaRusso (Ralph Macchio) struggles to maintain balance in his life without the guidance of Mr. Miyagi, and must face his previous adversary, down-and-out Johnny Lawrence (William Zabka), who seeks redemption by reopening the infamous Cobra Kai karate dojo.

From Shondaland and Creator Chris Van Dusen, Bridgerton follows Daphne Bridgerton (Phoebe Dynevor), the eldest daughter of the powerful Bridgerton family as she makes her debut onto Regency London’s competitive marriage market. Hoping to follow in her parent’s footsteps and find a match sparked by true love, Daphne’s prospects initially seem to be unrivaled. But as her older brother begins to rule out her potential suitors, the high society scandal sheet written by the mysterious Lady Whistledown casts aspersions on Daphne. Enter the highly desirable and rebellious Duke of Hastings (Regé-Jean Page), committed bachelor and the catch of the season for the debutantes’ mamas. Despite proclaiming that they want nothing the other has to offer, their attraction is undeniable and sparks fly as they find themselves engaged in an increasing battle of wits while navigating society’s expectations for their future.

Do or do not optimize, there is no try.

These premium Samsung-endorsed noise cancelling headphones are an absolute steal